Browse audiobooks narrated by Christopher Glynn, listen to samples and when you're ready head over to Audiobooks.com where you can get 3 FREE audiobooks on us 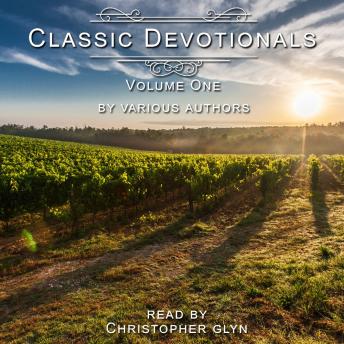 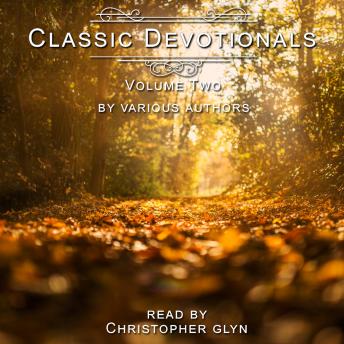 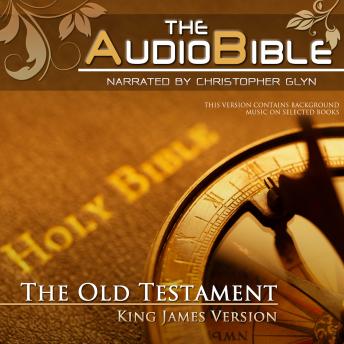 The Old Testament is a collection of thirty-nine books about the history and religion of the people of Israel. The authors of these books are unknown, and each book possesses a unique tone, style, and message. Individually, they include stories, laws, and sayings that are intended to function as models of religious and ethical conduct. Togetherâ€”through hundreds of characters and detailed eventsâ€”they represent a unified narrative about God and his attempt to relate to humankind by relating to a specific group of people.The Old Testament contains four main sections: the Pentateuch, the Former Prophets (or Historical Books), the Writings, and the Latter Prophets. This study guide covers books from the first three sections.The PentateuchThe Pentateuch comprises the first five books of the Old Testament. It depicts a series of beginningsâ€”the beginning of the world, of humankind, and of God's promise to the Israelites.Genesis, the first book, opens with God's creation of the world. The perfect world falls into evil when humans disobey God, and the human population divides into separate nations and languages. After many generations, God speaks to a man named Abraham. God makes a promise, or covenant, with Abraham to make his descendants into a great nation and to give them a great land. Abraham shows strong faith in God, and God seals his promise with a number of signs and tests. This special covenant with God passes on to Abraham's son, Isaac, and to his grandson, Jacob. Together, they represent the patriarchs, or fathers, of the Israelite people. Jacob's twelve sons move to Egypt after the youngest brother, Joseph, miraculously becomes a high official in Egypt. In the Book of Exodus, the descendants of Jacob's children have become a vast people, but the Pharaoh of Egypt holds them in slavery. God chooses one man, Moses, to rescue the Israelites. God sends ten plagues to Egypt, and, with miraculous signs and wonders, Moses leads the people out of Egypt and across the Red Sea. They go to Mount Sinai, where God appears in a cloud of thunder over the mountain and affirms to the Israelites the promise he made to Abraham. God commands them to worship only himself, and he gives them various ethical and religious laws.The books of Leviticus, Numbers, and Deuteronomy continue the explanation of God's religious laws and his promises to the people. The people must keep these laws to enter and enjoy the promised land, toward which they are heading. Despite God's presence, the Israelites complain and disobey incessantly, inciting God's wrath. They wander the wilderness for forty years in search of the promised land. These books continue the period of Moses's legendary leadership and miracles, until his death at the end of Deuteronomy.The Former ProphetsThe Former Prophets, or the Historical Books, cover the history of the Israelites from Moses's death to the fall of the nation in 587 B.C. In the books of Joshua and Judges, the Israelites successfully conquer the land promised to them by God, but they disobey God by worshipping the deities of the surrounding peoples. Neighboring nations invade and oppress the Israelites. God saves the people of Israel by designating judges, or rulers, to lead the people in warding off their enemies.The two books of Samuel (First Samuel and Second Samuel) cover the rise of the united kingdom of Israel. Israel's religious leader, Samuel, appoints a king named Saul. Saul disobeys God, however, and God chooses another man, David, to be Israel's king. King Saul attempts to kill the young David, but fails. Saul's death closes the first book. In the second book, David establishes the great kingdom of Israel. He conquers Israel's surrounding enemies and establishes Jerusalem as the religious and political center of Israel.The books of Kings (called 1 Kings and 2 Kings) trace the decline of Israel's success. God blesses David's son, Solomon, with immense wisdom. As king, Solomon expands Israel into an empire and builds a great temple in Jerusalem. Solomon disobeys God by worshipping other deities, and, at his death, the kingdom splits into a northern kingdom, Israel, and a southern kingdom, Judah. A host of evil kings leads the two kingdoms away from worshipping God. Despite the attempts of the prophets Elijah and Elisha to halt Israel's wrongdoing, the two kingdoms fall to the Assyrian and Babylonian Empires. Jerusalem is destroyed, and the people are sent into exile. The WritingsThe Writings are placed after the historical books in the Christian Bible. Some of these are narratives covering the time of Israel's exile in other nations and its eventual return to the homeland. The Book of Esther, for example, tells the story of an unassuming Jewish girl who becomes the queen of Persia and boldly saves the Jewish people from genocide.Many of the Writings are books of poetry and wisdom, among the most important literature in the Old Testament. The Book of Job is a lengthy dialogue investigating God's justice and the problem of human suffering. The Psalms are lyrical poems and hymns many attributed to King David that express humankind's longing for God. The books of Proverbs and Ecclesiastes similarly attributed to the wise King Solomon offer sayings and instructions about the meaning of life and ethical behavior. Lastly, the Song of Solomon (also attributed to Solomon) is a romantic, lyric dialogue between a young woman and her lover.