J.M. Barrie was born on May 9, 1860, in Kirriemuir, Scotland. He was the ninth child and third son of David and Margaret ( Ogilvy ) Barrie. His father was a handloom weaver.
Barrie attended Glasgow Academy, Forfar Academy and Dumfries Academy. In 1887he enrolled in Edinburgh University, where he graduated in four years with a master's degree. He worked as a journalist for the Nottingham Journal before moving to London in 1885 to freelance.
When Barrie was six years old his older brother David died. Barrie set himself to console his mother, and later attributed this as his start down the road to becoming an author.
In 1894 he married the actress Mary Ansell. The marriage was childless and ended in divorce in 1909. However, he was friends with Arthur and Sylvia Llewellyn Davies, and when they died, became the legal guardian to their five sons: Peter, John, Michael, Nicholas and Arthur.
In later life, Barrie was struck by writer's cramp, and being ambidextrous, switched hands. He mentions in several places that what he wrote with his left hand had an altogether eerier quality than the more rational right.
Barrie died on 19th June 1937. His grave is in Kirriemuir cemetery, and his birthplace at 4, Brechin Road is maintained as a museum by the National Trust for Scotland. 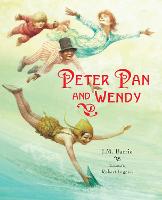 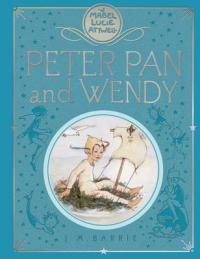 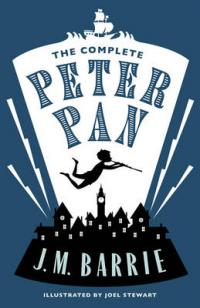 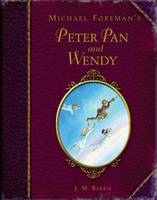 Peter Pan (with an introduction by Tony Diterlizzi) 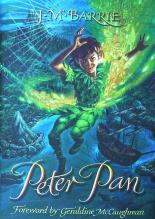 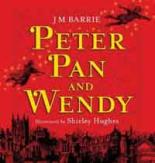 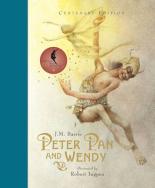