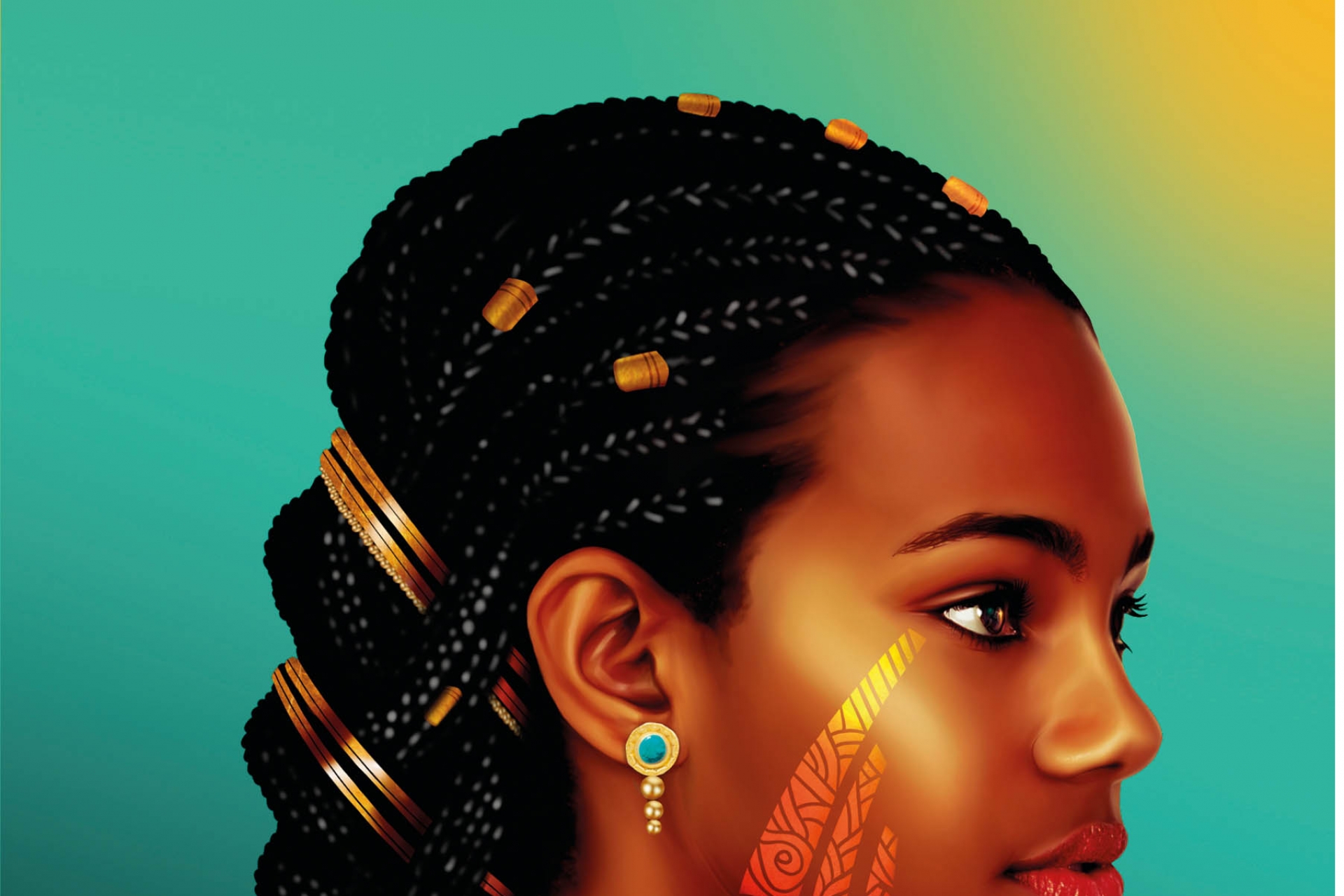 Series of the Month

Gilded - our Series of the Month

The hotly anticipated next instalment in the Gilded series, The Merciless Ones, has just published with all the thrills and magic of the first story.

The Gilded Ones, Namina's debut novel, was an instant hit with fans of YA fantasy. Set in a West-African inspired world, where a woman’s worth is only as good as her proven purity, it is a powerful read exploring themes of feminism, sexuality and diversity.

Find out more about the series in our Q&A with Namina Forna - and find out why you need to immerse yourself in the thrilling world of Otera this summer! 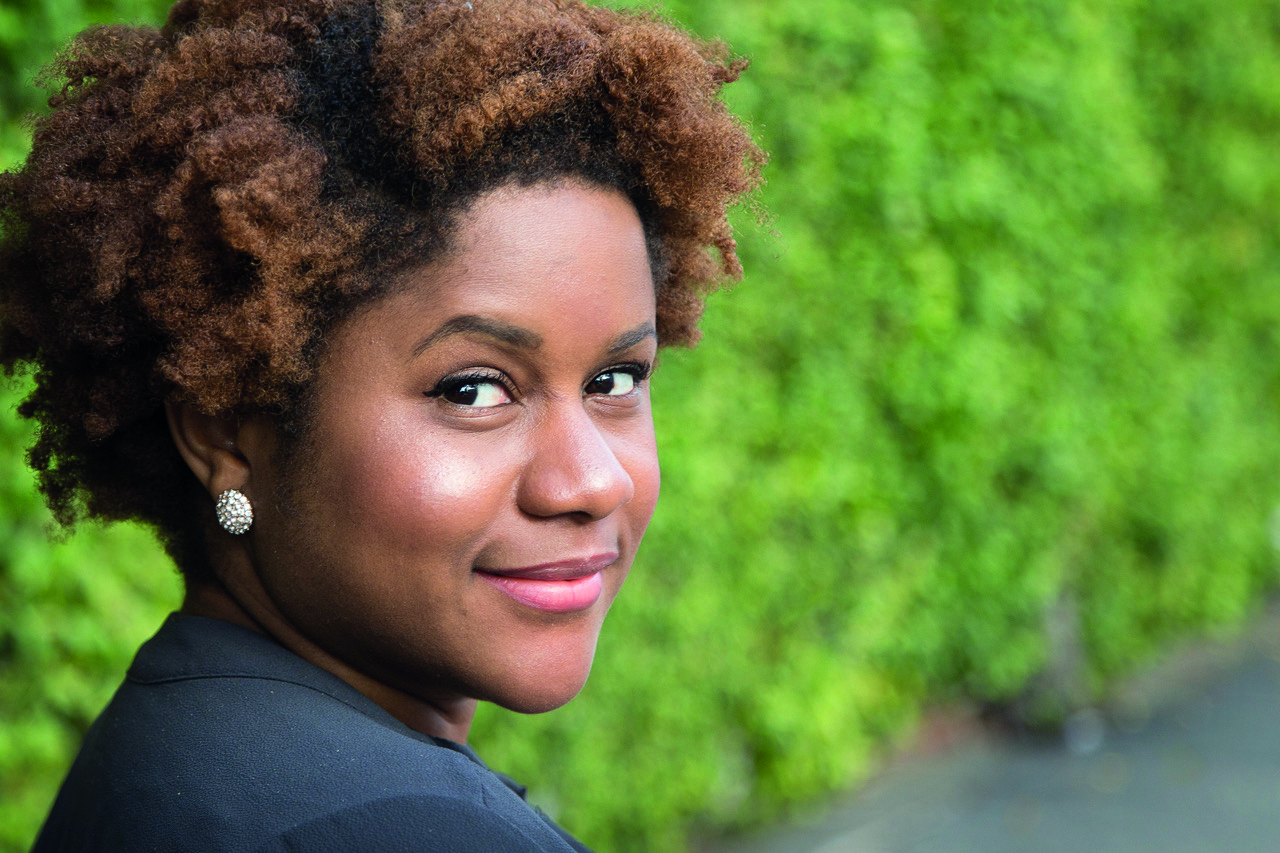 There is a strong sense of ancient traditions in your writing – how easy was it to use these /research them as a basis of your story?  Was there any sense you were not welcome to use them?

I grew up in Sierra Leone, West Africa, so I have a deep understanding of my country's culture and traditions. Since I already had the real life experience, I didn’t do any more research, traditions-wise, especially as I made up most of the traditions in the book myself. I did, however, base the Ritual of Purity in my book off Bondo, a secret society of women in Sierra Leone that practice female genital mutilation (FGM) or genital cutting. About 90% of women in Sierra Leone have had this done to them, often when they’re very young and have limited understanding of what’s about to happen. But Sierra Leone is not the only place where FGM happens. It happens all across Africa, Asia, the Middle East and even Europe and America.

With the Ritual of Purity I wanted to talk about how traditions like these, which brutalize and emotionally and physically scar women worldwide, are fed to girls as beautiful ceremonies to make them “pure.” Bondo is a taboo subject in Sierra Leone, so I knew that there would be lots of people who weren’t necessarily pleased by any references to FGM, but I think it’s important to talk about. All across the world, girls are being forced to undergo this horrific ritual, and it’s usually their mothers, grandmothers and aunts convincing or even forcing them to go.

Your aim was to create a feminist take on a patriarchal society – I am not surprised you feel that things are not that different in the treatment you have received in the US.  Do you have any knowledge of any country where things are better today? What are they legislating that others are not?

Hmm, this is a difficult question to answer. I think the fight for gender equality is always in flux—one step forward, two steps back. That beings said, there are some countries that stand out when it comes to gender equity. New Zealand, for one. Their prime minister Jacinda Ardern always seems to put her money where her mouth is. Before her, I’d never seen a baby at the UN General Assembly, not to mention a head of state handling one before giving a speech to the entire world. Just her doing it was revolutionary. I was like, wow, she’s really changing things.

The Nordic countries as well, Finland and Sweden for example, keep making tremendous strides. Another country I want to point out is Rwanda, whose parliament is 62% women. I’d note this with a grain of salt, however, because that progressiveness in governance doesn’t seem to have really made strides for the everyday woman.

I’d also like to highlight my own country, Sierra Leone, because while gender dynamics are atrocious, there is a growing feminist movement. I can even point out women like Freetown’s mayor Yvonne Aki-Sawyerr, who seem to be be breaking the mold. But we still have a long, long, looooooooooong way to go.

Did you have any misgivings depicting the violence both of society and war situations in your book – especially as it is aimed at teenagers?

Not in the least. First, literally any movie or TV show is equally or a thousand times more violent. Secondly, censoring violence ignores the reality that many teenagers across the world live with. The violence that happens in The Gilded Ones (TGO) is fantastical, true, but it reflects the very real violence that many children and teens across the world face. Finally, all the violence in TGO has a point. I’m not having torture scenes because I think they’re cool—each one always illustrates a point that is central to the narrative. In the world of TGO, the violence always has a point.

The Deathshrieks are terrifying as enemies – are they based on a traditional entity or how did you come up with such an apparent monster?

I did not base the deathshrieks on anything. I’m an avid daydreamer, and I oftentimes just sit there, imagining horrific things to entertain myself. (I’m morbid like that.) The deathshrieks are one of the many horrors I’ve envisioned. 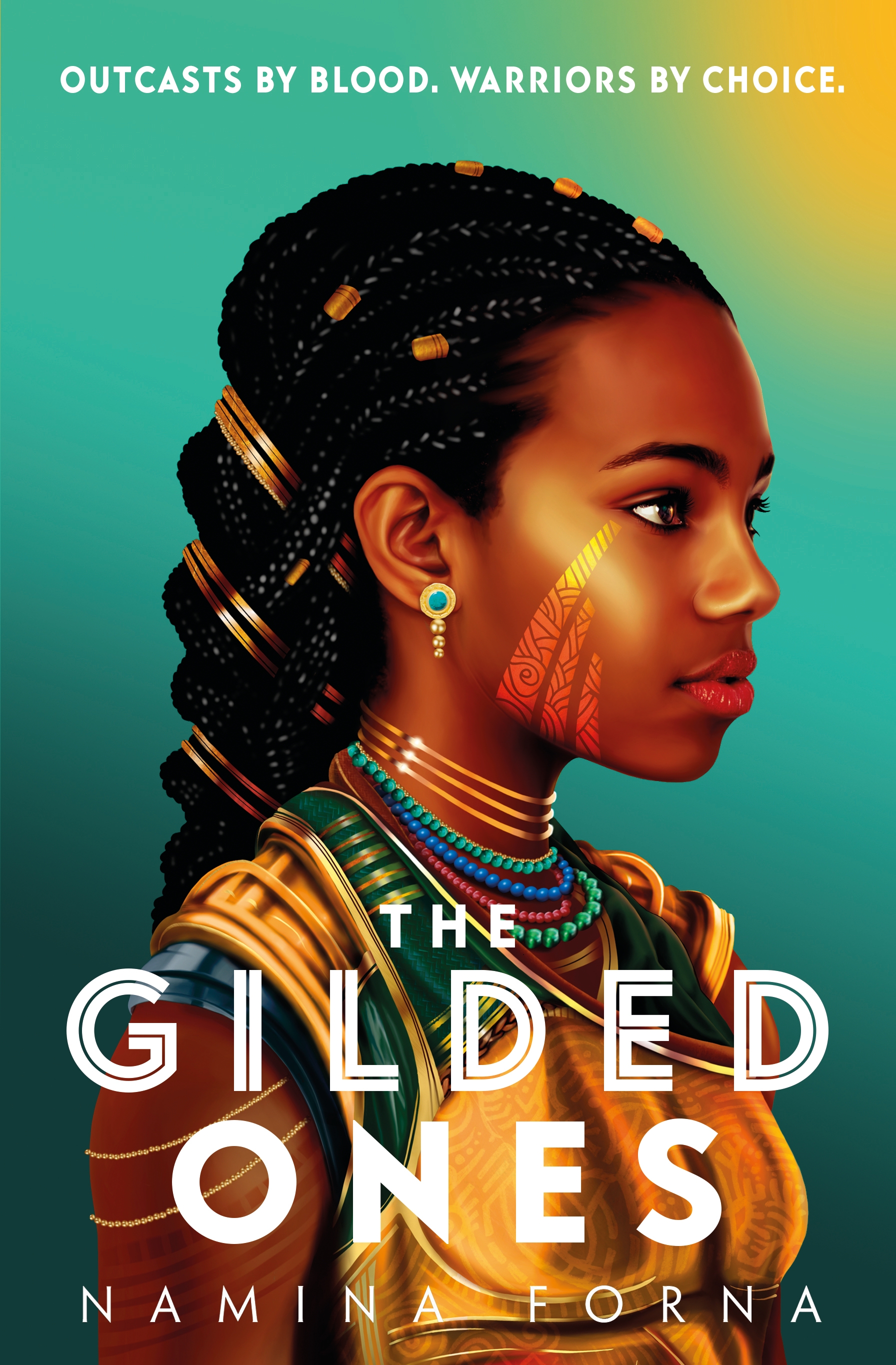 Have you taken a specific legend to use as your basis or is this an amalgam of several legends from different periods?

The Gilded Ones isn’t based on any legends. It is, however, based on a dream. When I was in college, I’d dream about a girl in golden armor walking slow motion onto a battlefield. The dream never went further, but the girl’s story did. It became The Gilded Ones.

How did you prepare to write your novel? Has it been a long project?

The Gilded Ones is a project that took nearly a decade, in terms of planning and brainstorming. I started having dreams about Deka, my main character, in undergrad, but they never went anywhere. Then, one day in film school, a sentence popped into my head: “I was nine years old when first I learned I could not die.”

Those words spiraled into a story—a girl in a patriarchal society finds out she’s a monster, and then trains to defeat other monsters.

From then, I had to brainstorm my world—what would it look like, who were the people who occupied it? I spent a couple of months thinking about it, and then, I went to work. I wrote the first draft of TGO in 2012, but that didn’t go anywhere, so I tossed it out. Then, in 2018, I rewrote the entire novel from scratch, and that’s the story that’s on the pages today.

Did you find aspects of yourself - or your family & friends - appearing in The Gilded Ones?

Yes, very much so. I grew up during Sierra Leone’s civil war, so I have a very good understanding of trauma and its effects, which shows up in all the girls in the book. In this way, TGO was a difficult—almost painful— book to write.

Nothing can replace the smell of a physical book for me. Nothing. Old school books all the way.

.....And who would you choose to narrate The Gilded Ones?

Shayna Small. She does an amazing job on the audiobook.

What are you currently reading and what books are in your to-read pile?

Both assumptions are false, (although, I will admit not all children enjoy reviews) and so to what can be done, honestly, I don’t know. I think children’s literature is generally not regarded as serious literature, and therefore not handled with the same gravitas. But children’s books make up a sizable portion of the market. It is a conundrum…

It means a fun and easy way to find books for any child—any age group, any interest. I just like to scroll through the website and look for books that catch my fancy.

Our expert Joanne Owen has reviewed The Merciless Ones - "This exhilarating West African-inspired fantasy sequel is a bedazzlement of magic, sisterhood, secrets, and high-stakes battles.  With a whole lot of snaking twists, betrayals and impossible decisions, this is YA fantasy at its most fire-cracking, and thought-provoking with it."

Read the full review here....and Tricia Adam's review of The Gilded Ones.  And find out what our Kids Reader Review Panel thought too! 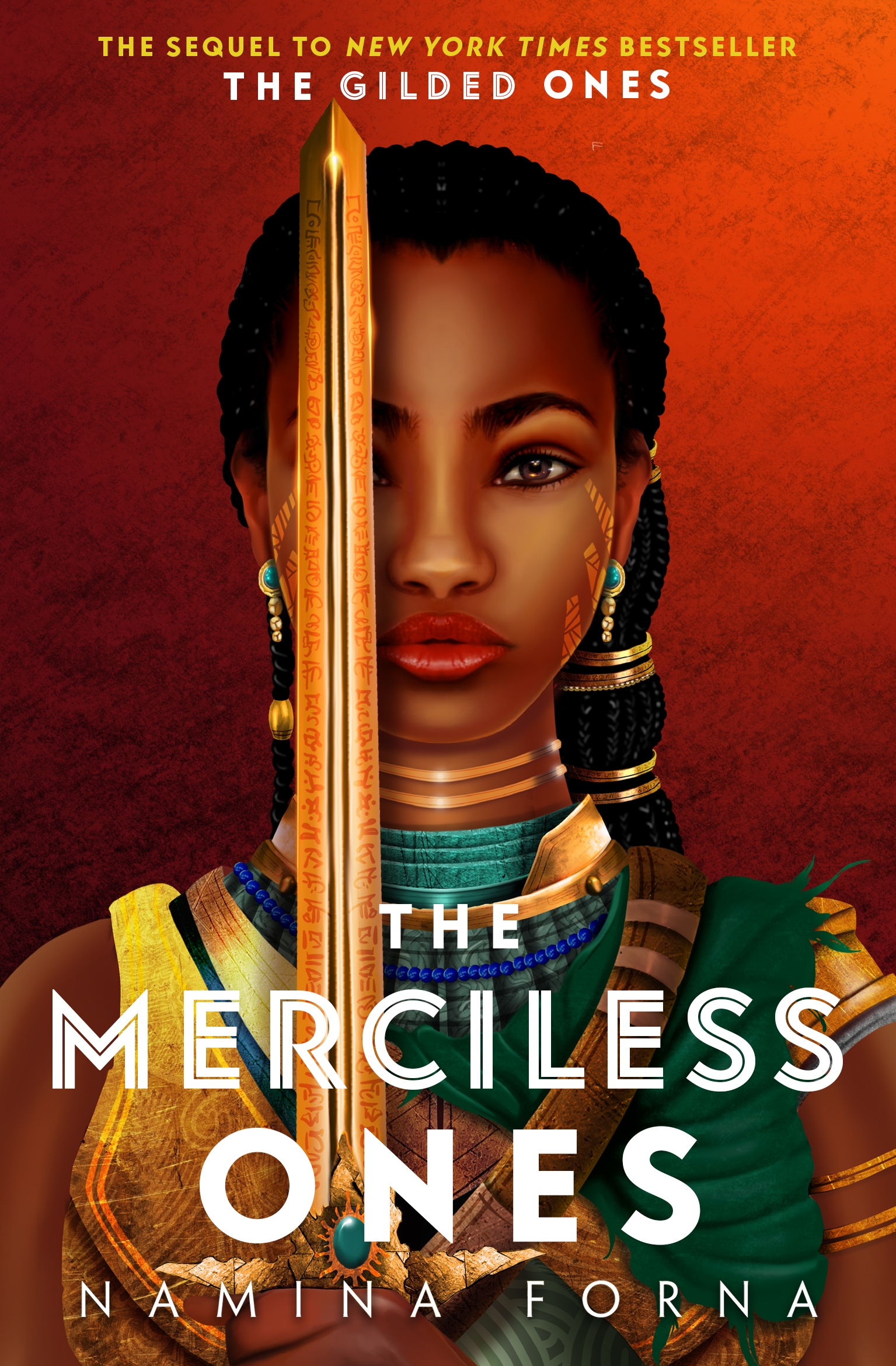 A candid and courageous author and an important read.

this sounds like a very interesting read, and not just for children.

I am going to buy the Gilded Ones for my Granddaughter. She will love it.

I had my eye on this book for awhile and this Q&A has made me want to read it even more.

This looks like it will be a fascinating read

I would love for my son to read this and I would read it after!

Really looking forward to reading this one.

Looks like a brilliant read! I cannot wait to get a copy for our school library!

This book looks like it will be great, can’t wait to read it

This book looks fascinating and very informative. A feminist take on a patriarchal society is something that we all should be reading. I agree with your comments on Jacinda Ardern, I think she's fabulous.

Thank you very much for a wonderful question and answer article. I would love to read this book myself as well as introducing it to my children.

I can't wait to get my hands on a copy of this book. I love that the author talks about difficult subjects and bring awareness to FGM.

It's great seeing books like this getting published. My daughter has a copy of this and absolutely loved it, I'm planning to read it too.

What a fantastic imagination! What a great way to get a message across - using real life experiences and combining them with dreams and a superb imagination to create a fictional world that resonates with the current world.

I can't wait to read this! I used to work in Sierra Leone so it will be wonderful to read a new Sierra Leonean author.