The Lovereading family of book recommendation sites are different from many online book sites as we have real book experts selecting and reviewing the books. We passionately believe that Lovereading4kids's absolutely superb ‘expert voices’, with their own specialities, are invaluable in helping parents discover the best books for their children. Find out more about them below.

Lovereading4kids is different from many online book sites as we have real book experts selecting and reviewing the books. We passionately believe that Lovereading4kids’s absolutely superb ‘expert voices’ are invaluable in helping parents discover the best books for their children. Find out more about them below. Julia Eccleshare M.B.E

Julia Eccleshare has spent her working life to date within children's books as a critic, an editor, an author and a commentator. Apart from her current role as Editorial contributor and advisor to Lovereading4kids, she is the children's editor of the Guardian. She has co-edited and is the author of a number of books including the Rough Guide to Teenage Literature, the fascinating and insightful Beatrix Potter to Harry Potter: Portraits of Children's Writers, which is a celebration of a century of children's literature, as well as Treasure Islands: the Woman's Hour Guide to Children's Books. She also spent some considerable time as a children's fiction editor in UK publishing. She has been a selector to the Children's Books of the Year, a guide to the best books published annually, a member of the advisory board of a children's book club and for some while was children's books editor of The Bookseller. She regularly appears as a judge or Chair of judges on some of the major children's book prizes including the Whitbread (now called the Costa) and the Nestle among others. Andrea Reece 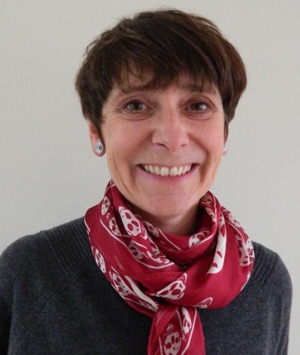 Andrea Reece has spent all her working life in children’s books. Her first job was at Transworld Publishers back in the 1980s where, amongst other things, she ran the fan club for readers of the smash hit teen series Sweet Dreams. She went on to work for other children’s publishers, large and small, and with authors including David Almond, Nick Butterworth, Mick Inkpen and Michael Morpurgo. In 2005 she set up children’s independent Catnip Publishing Ltd., publishing Richard and Judy favourite Scaredy Squirrel in the process, and went on to run Books for Keeps, the children’s books journal. She is very used to odd looks from people on trains and buses who see her reading children’s books, and is still as excited as ever to discover a new children’s author. Apart from being one of the Lovereading4kids editorial experts alongside Julia Eccleshare she is also director of the children’s and young people’s programme of the FT Weekend Oxford Literary Festival. Joanne Owen 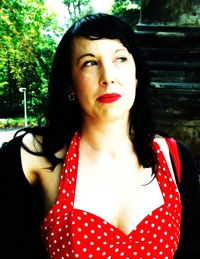 Joanne Owen’s lifelong love of reading and writing began when she was growing up in Pembrokeshire, and very much wished that witches (and Mrs Pepperpot) were real. An early passion for culture, story and folklore led Joanne to read archeology and anthropology at St John’s, Cambridge, after which she worked as a bookseller, and led the UK children’s book buying team for a major international retailer. During this time, Joanne also wrote children’s book previews and features for The Bookseller, covering everything from the value of translated fiction, to the contemporary YA market. Joanne later joined Bloomsbury’s marketing department, where she had the pleasure of working on epic Harry Potter launches at Edinburgh Castle and the Natural History Museum, and launching Neil Gaiman’s The Graveyard Book. After enjoyable spells as Marketing Director for Macmillan Children’s Books and Consumer Marketing Manager for Walker Books, Joanne went freelance, primarily working for multi-award-winning independent children’s publisher, Nosy Crow. Alongside her publishing career, Joanne has written several books for children/young adults. She’s now a fulltime reviewer, workshop presenter and writer, working on YA novels with a strong basis in diverse folklore from around the world, as well as fiction for younger readers (in which witches are very much real).

Liz's love of science fiction and fantasy began at a very young age when her Mum introduced her to Edward Lear and C. S. Lewis, she shook their hands and still tiptoes off to escape reality by exploring magical new worlds. The Warlord Chronicles by Bernard Cornwell opened the door to Historical Fiction and she has walked through time ever since.

Liz worked as a Police Civilian for twenty years (in order as a Comms Officer, Criminal Intelligence Analyst, Briefing Officer and Crime Reduction Advisor), she therefore counts herself as a somewhat expert armchair detective and derives much pleasure in popping the villain behind bars, even if she finds she has to release them soon after. She loves to scare herself silly with psychological thrillers and horror and swing into action and adventure tales. Liz started writing expert reviews for Lovereading in February 2014 and while she (quite literally sometimes) gobbles up books of any genre, has added the exciting new world of Young Adult fiction to her top reads.

People have been known to be extremely envious when they hear that Liz reads for a living, if she were in their shoes, she would be too!