LoveReading View on Half a Man

Former Children’s Laureate Michael Morpurgo deftly captures the devastating and long lasting impact of war in this stunning and beautifully produced short story. Michael’s grandfather is badly disfigured by his horrific experiences in the war. One of only three to be rescued after his ship is torpedoed, he is patched up in hospital and survives but his face is badly disfigured and his hands have been reduced to stumps. Initially scared of how he looks and how quiet he is, Michael grows closer and closer to him as he gets older and as he begins to understand something of the trauma that has shaped this very special and courageous man. Gemma O’Callaghan’s illustrations capture the mood and intent of the story perfectly.

Half a Man Synopsis

Revered storyteller Michael Morpurgo remembers the post-war Britain of his childhood in this unflinching and deeply poignant tale of the physical and mental scars of war.

From a young age, Michael was both fascinated by and afraid of his grandfather. Grandpa's ship was torpedoed during the Second World War, leaving him with terrible burns. Every time he came to stay, Michael was warned by his mother that he must not stare, he must not make too much noise, he must not ask Grandpa any questions about his past. As he grows older, Michael stays with his grandfather during the summer holidays, and as he finally learns the story behind his injuries, he gets to know the real man behind the solemn figure from his childhood. Michael can see beyond the burns, and this gives him the power to begin healing some of the scars that have divided his family for so long.

Half a Man Press Reviews

From the first sentence of a Michael Morpurgo book, you know you are in the hands of a natural storyteller.  The Guardian 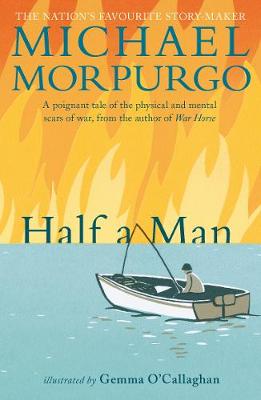 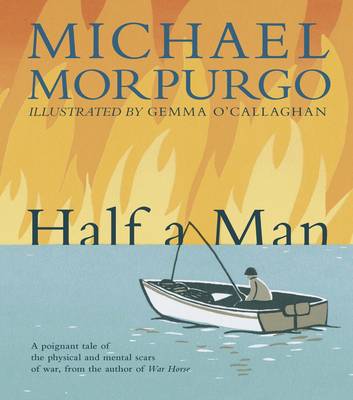 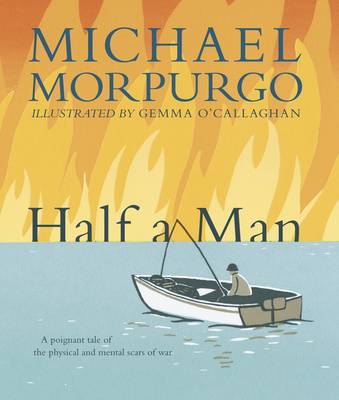