LoveReading View on We See Everything

Set in a frightening future version of London in which the lives of two teenage boys cruelly collide in a divided city, this gripping page-turner has pertinent contemporary resonance, and packs powerful moral and emotional punches. Read it to be thrilled, chilled, and to have your eyes well and truly opened.

Teenagers Alan and Lex are on either side of a war policed by drones. Lex lives on The Strip, a bombed-out territory in which the poverty-stricken inhabitants are under constant drone surveillance. “In this city, death seems to perpetually hover nearby, like a needy bully”, Lex remarks, while his dad is part of The Corps resistance movement that’s fighting the bullies, rendering him a top target for the military. On the other side of the divide, fatherless Alan was written off at a young age – “Nobody ever thought I'd amount to anything" - but his talent for gaming has secured him his perfect job as a drone pilot, a role in which he has “absolute power without a single boot on the ground”. But, while he’s proud to protect his country from “terrorists who want to destroy us”, Alan is forced to confront a magnitude of moral dilemmas when he’s tasked with killing a high profile target, who turns out to be Lex’s dad…

The dual-narrative device works to great effect as we see both boys wrestling with issues of ethics, family conflict and, in Lex’s case, the overwhelming experience of first love. Ambitious and assured, this keenly plotted thriller also probes deep into the human heart, and comes recommended for fans of Patrick Ness and Malorie Blackman.

A gripping and powerfully relevant thriller set in a reimagined London where constant surveillance is the norm, We See Everything simmers with tension and emotion. From internationally bestselling author William Sutcliffe, this is perfect for fans of Patrick Ness and Malorie Blackman. Lex lives on The Strip - the overcrowded, closed-off, bombed-out shell of London. He's used to the watchful enemy drones that buzz in the air above him. Alan's talent as a gamer has landed him the job of his dreams. At a military base in a secret location, he is about to start work as a drone pilot. These two young men will never meet, but their lives are destined to collide. Because Alan has just been assigned a high-profile target. Alan knows him only as #K622. But Lex calls him Dad.

I read We See Everything in my usual places, the buses and tunnels of London. It was compelling and terrifying, bringing the horror of bombardment to the streets I was travelling through (and under). This is a wonderful book - it humanises a battle that so many of us ignore and shook me into fearing about where it is all heading.  Patrice Lawrence, author of Orangeboy

Fast-moving and brave, with lots and lots of heart.  Ahdaf Soueif

I read We See Everything in three sittings and was gripped throughout, held back tears throughout. The ending is both incredibly moving and politically so smart. This is a really clear-eyed, tightly crafted book and I'm so pleased to have read it. And even more pleased that it will soon be out there in the world.  Omar Robert Hamilton, author of The City Always Wins

As beautifully written as it is chilling ... gripping and important.  Jill Murphy, Bookbag

Praise for The Wall

A novel for all ages that is full of heart, hope and humanity. A terrific achievement  Suzi Feay, Financial Times

A haunting fable celebrating the healing power of nature  The Guardian

Sutcliffe's fable, inspired by a visit to the West Bank, can't fail to excite and move   Financial Times

A disturbing and thought-provoking book which simmers with heat, anger and fear  Independent on Sunday

Will draw in young readers preoccupied with society, challenging parents, and their own fears ... An often suspenseful tale.  New York Times

This is wholly realistic fiction detailing a boy's coming-of-age in a real-life political situation.  Kirkus Reviews

A satire on modern urban life... It is a gritty, compelling eye-opener on the treatment of ADHD   Daily Telegraph

There is political expose there is comedy and one hostage-taker even achieves a kind of tragic-hero status. This might just become a 21st-century YA classic   Jewish Chronicle

Concentr8 by William Sutcliffe feels like a realism, though actually it's a fascinating dystopian satire and a critique of the over-diagnosis of ADHD, the way we treat young people more generally and the power of Big Pharma...A book with a serious mission.  The Herald 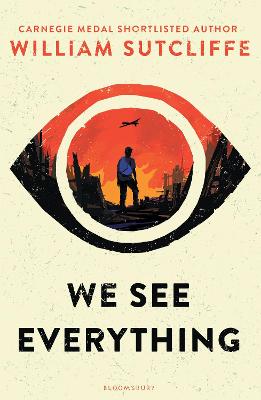 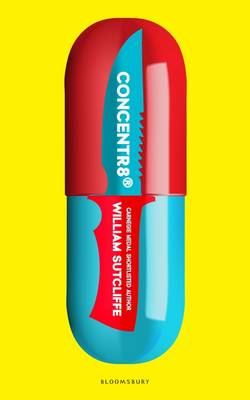