Blimey, but can Anthony Horowitz pack huge amounts of tension, excitement and humour into his short stories! He shows off a breath-taking ability to conjure adventure out of the most unlikely beginnings, and in his hands even a trip to the dentist turns into a full-on, peril-laden caper. There’s everything in this collection that makes the Alex Rider novels so addictive: dangerous situations, daring escapes, gadgets galore. And of course, there’s Alex himself – super-smart, super-resourceful, super-cool.  Irresistible, unbeatable reading.

LoveReading4Kids Loves Alex Rider! Find out more about Alex Rider in our Series of the Month feature.

An essential collection of seven explosive Alex Rider stories by number one bestselling author, Anthony Horowitz. Ever since MI6 recognized his potential, Alex Rider has constantly been thrust into the line of danger. From a routine visit to the dentist that turns into a chase through the streets of London, to a school trip with a deadly twist, no day has ever been ordinary for the teenage super-spy.

This collection of thrilling adventures features familiar and new assailants from the best-loved world of Alex Rider, and also includes three never-before-seen stories.

Praise for the Alex Rider series;

Never Say Die is one of the most dramatically ambitious of the novels so far... The suspense never slackens and the plot, even at its most far-fetched, is underpinned with nerdishly forensic detail, which has an irresistible how stuff works appeal.  The Daily Telegraph

The Alex Rider stories are action adventures about defeating cartoon villains who are intent on global domination, but, although Alex is brave and athletic, what really makes him and the books special is his ingenuity... The series not only has explosions and chases: it shows that cleverness can win.  The Sunday Times, Children's Book of the Week

Readers who like their adventure action packed will love the new Alex Rider novel, Never Say Die, by Anthony Horowitz. Our favourite teen spy whizzes around the world, from San Francisco to Egypt, at breakneck speed.  Irish Independent

Anthony Horowitz is second to none when it comes to writing page-turners so his fans will be thrilled to read the new Alex Rider novel.  Daily Express

This latest story is as exciting as its predecessors. An unputdownable read with breath-taking action and enough clever plot twists to make the reader dizzy.  Primary Times 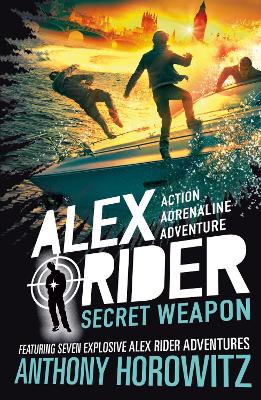 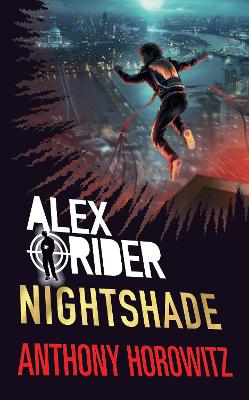