The Ask and the Answer: Book 2 in the Chaos Walking Trilogy

The Ask and the Answer: Book 2 in the Chaos Walking Trilogy

The Ask and the Answer: Book 2 in the Chaos Walking Trilogy Review

Shortlisted for the CILIP Carnegie Medal 2010.

Prize-winning author Patrick Ness follows up The Knife of Never Letting Go with equally hard hitting The Ask and the Answer. Trying to escape, Todd and Viola fall into the hands of Mayor Prentiss. Separated from Viola and imprisoned, Todd can tell there are some deep and dark secrets outside the town. Who are the mysterious Answer? As gripping as The Knife of Never Letting Go, this is a tough but compelling story which takes readers into shocking and moving territory.

The Ask and the Answer: Book 2 in the Chaos Walking Trilogy Synopsis

A visceral and compelling story of incredible power which combines some fantastic writing with intelligent consideration of some important issues: the nature of war, terrorism and the treatment of women. A challenging novel which really lives inside your head.

We were in the square, in the square where I'd run, holding her, carrying her, telling her to stay alive, stay alive till we got safe, till we got to Haven so I could save her - But there weren't no safety, no safety at all, there was just him and his men. Fleeing before a relentless army, Todd has carried a desperately wounded Viola right into the hands of their worst enemy, Mayor Prentiss. Immediately separated from Viola and imprisoned, Todd is forced t learn the ways of the Mayor's new order. But what secrets are hiding just outside of town? And where is Viola? Is she even still alive? And who are the mysterious Answer? And then, one day, the bombs begin to explode. The Ask and the Answer is a tense, shocking and deeply moving novel of resistance under the most extreme pressure. This is the second book in the Chaos Walking trilogy.

The Ask and the Answer: Book 2 in the Chaos Walking Trilogy Press Reviews 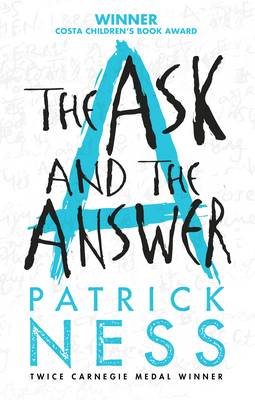 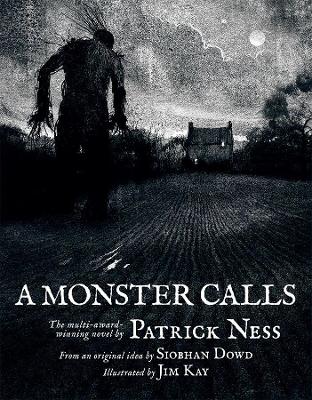