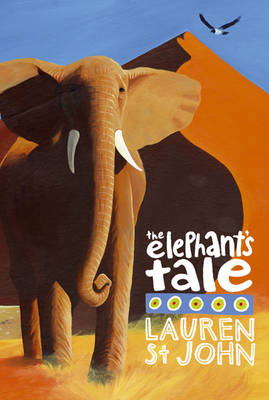 This is the fourth thrilling African adventure featuring Martine, her beloved giraffe Jemmy and Martine’s best friend Ben.  With just 13 days to investigate the mysterious goings on at the Game Reserve and the fate of 20 missing elephants, Martine must stop at nothing to unearth the truth.  Either that or she stands to lose the wildlife sanctuary and the animals altogether.  There’s simply no-one better than Lauren St John for such vivid descriptions of Africa and the wild animals featured.

To see other titles in the series, please click here

It's the first day of the December school holidays and Martine has lots of fun planned for the next few weeks, not least spending time with Jemmy, her beloved white giraffe, and her best friend, Ben. But her plans for a peaceful holiday are soon shattered when a sinister man informs Martine and her grandmother that Sabuwona is about to be repossessed. The nature reserve, and everything in it, will no longer belong to them.

Martine is determined to save the home she's grown to love. When Grace has a vision about a unique herd of Namibian elephants, she knows she must travel to Namibia to learn their secrets. This could be the answer to all their troubles...