The Dying of the Light

The Dying of the Light Synopsis

The ninth book in the original, jaw-droppingly stupendous Skulduggery Pleasant series. Valkyrie. Darquesse. Stephanie. The world ain't big enough for the three of them. The end will come... The War of the Sanctuaries has been won, but it was not without its casualties. Following the loss of Valkyrie Cain, Skulduggery Pleasant must use any and all means to track down and stop Darquesse before she turns the world into a charred, lifeless cinder. And so he draws together a team of soldiers, monster hunters, killers, criminals... and Valkyrie's own murderous reflection. The war may be over, but the final battle is about to begin. And not everyone gets out of here alive...

The Dying of the Light Press Reviews

Praise for Derek Landy: 'Landy [has the] ability to craft an engaging story from start to finish.' Inis 'Derek Landy has been something of a publishing phenomenon.' Irish Post Praise for Skulduggery Pleasant: The Dying of the Light: 'With plot twists that had me gasping at Landy's audacity, whip-smart dialogue, and enough clever popular culture references to impress even the most jaded teenager, this is a world class book not to be missed.' Irish Independent 'This is a series that has not only maintained incredible entertainment value throughout, but has managed to consistently exceed steadily rising expectations book after book ... I'm going to miss this wonderfully exciting magical world with its wonderfully varied and interesting characters.' The Bookbag Praise for Skulduggery: 'Hugely enjoyable - a thrill-a-minute adventure.' Jonathan Stroud, author of the BARTIMAEUS TRILOGY 'It's exciting, pacy, nicely handled and fun. I sincerely hope Landy revisits these characters.' Philip Ardagh, Guardian 'Skulduggery Pleasant serves up a thoroughly satisfying blend of humour, magic and adventure. Once you've met Stephanie and Skullduggery, you'll be clamouring for a sequel.' Rick Riordan, author of the PERCY JACKSON series 'Landy's witty style will win him fans of all ages ... It's a good job Harry's [Potter] resigning before he's forcibly retired.' Irish Mail on Sunday 'A rip-roaring adventure.' Irish Sunday Independent

Derek Landy is the author of the internationally bestselling Skulduggery Pleasant series. He doesn't like to brag about all the awards he's won, such as the Irish Book of the Decade, or the Red House in the UK, or all the other awards that he humbly displays on his mantelpiece. He is also far too modest to mention things like the first book being a Publisher's Weekly Best Book of the Year, but would like to extend an invitation to Oprah to pop around one day for tea, in thanks for selecting his book for the Oprah's Book Club Kids ... 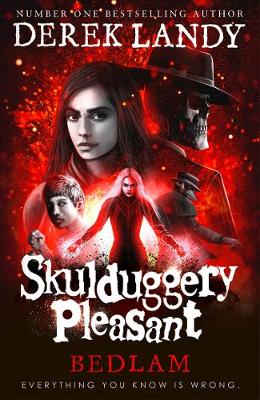 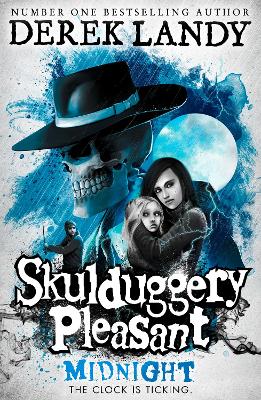 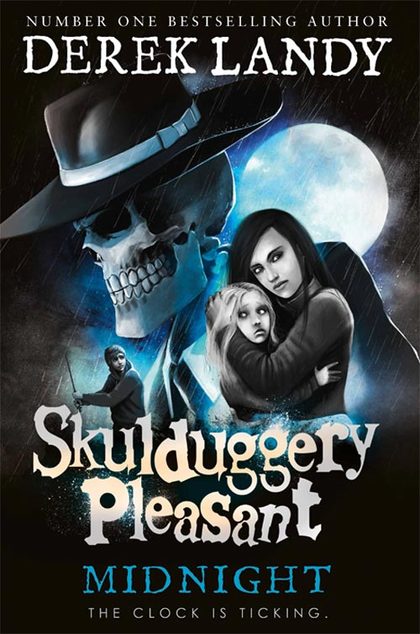