HarperCollins is proud to present its incredible range of best-loved, essential classics. Wilfred of Ivanhoe is a Saxon loyal to the Norman king Richard I. Because of this loyalty, and his love for Lady Rowena, Ivanhoe is cast out by his father, a Saxon loyalist determined to liberate the Saxon people from Norman rule. He plans to marry Rowena, his ward and a descendant of the Saxon king Alfred, to Lord Aethelstane, pretender to the throne of England. In so doing, Ivanhoe would unite two rival Saxon houses in their claim for the crown. Ivanhoe returns from the Crusades in secret and is joined in his plans to re-establish Richard on the thrown by the moneylender Isaac of York, his daughter Rebecca, the mysterious Black Knight, Lady Rowena, and Robin Hood and his merry men.

Sir Walter Scott was born in Scotland in 1771 and achieved international fame with his work. In 1813 he was offered the position of Poet Laureate, but turned it down. Scott mainly wrote poetry before trying his hand at novels. His first novel, Waverley, was published anonymously, as were many novels that he wrote later, despite the fact that his identity became widely known. 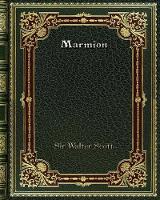