The Legend of Rock, Paper, Scissors

A laugh-out-loud funny new children's book from the author of The Day the Crayons Quit. The Legend of Rock Paper Scissors reveals the epic tale behind everyone's favourite playground game! You've played the game...now read the book. Long ago in the Kingdom of Backgarden lived a fearsome warrior named ROCK. ROCK was undefeated in battle, and yet, he felt unfulfilled. So he went in search of a worthy opponent. Little did he know that at that very moment two more warriors were setting forth with the very same idea. When ROCK collides with SCISSORS from the village of Junk Drawer, and the ferocious PAPER, who hails from the Empire of Mum's Study, an epic and hilarious battle ensues. And the rest, as they say, is history. A riotously funny new picture book from the author of The Day the Crayons Quit and The Day the Crayons came Home, Drew Daywalt, and New York Times bestselling illustrator, Adam Rex. Suggested reading age 4+

PRAISE FOR THE DAY THE CRAYONS QUIT: One of our favourite books in hardback last year - Angels and Urchins A wonderfully funny story - Books for Keeps PRAISE FOR THE DAY THE CRAYONS CAME HOME: Gloriously funny...Daywalt's clever wit appeals on an adult level, too. - Daily Mail It's certainly as good as the first book, which means it's very good indeed - Books for Keeps A captivating, comical sequel to The Day the Crayons Quit ... to delight young and old alike - Booktrust

DREW DAYWALT is an award-winning, #1 New York Times bestselling children's author whose books include 'The Day the Crayons Quit' and 'The Day the Crayons Came Home'. Drew loves to play Rock, Paper, Scissors, but most of the time he can't decide fast enough which one to pick and ends up making some bizarre shape with his hand that looks like a weird octopus with a hat. He'll claim Weird Octopus with Hat beats everything, but don't let him pull that nonsense on you. ADAM REX grew up in Arizona, where he and his brother played Rock, Paper, Scissors, and Bomb. ... 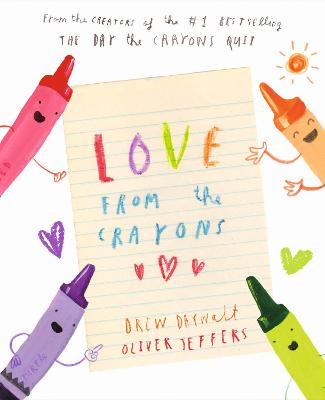 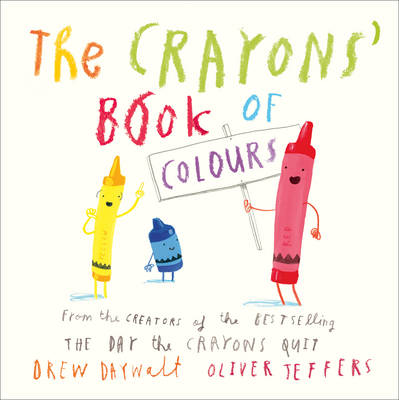 View All Books By Drew Daywalt