The Absolutely True Diary of a Part-Time Indian

The Absolutely True Diary of a Part-Time Indian Synopsis

Sherman Alexie tells the story of Junior, a budding cartoonist growing up on the Spokane Indian Reservation. Determined to take his future into his own hands, Junior leaves his troubled school on the rez to attend an all-white farm town high school where the only other Indian is the school mascot. Heartbreaking, funny, and beautifully written, The Absolutely True Diary of a Part-Time Indian, which is based on the author's own experiences, coupled with poignant drawings that reflect the character's art, chronicles the contemporary adolescence of one Native American boy as he attempts to break away from the life he thought he was destined to live. The Absolutely True Diary of a Part-Time Indian, Alexie's YA debut, released in hardcover to instant success, recieving seven starred reviews, hitting numerous bestseller lists, and winning the 2007 National Book Award for Young People's Literature.

The Absolutely True Diary of a Part-Time Indian Press Reviews

A Native American equivalent of Angela's Ashes. -- Publishers Weekly Sure to resonate and lift spirits of all ages for years to come. Realistic and fantastical and funny and tragic-all at the same time. -- VOYA The line between dramatic monologue, verse novel, and standup comedy gets unequivocally-and hilariously and triumphantly-bent in this novel. -- Horn Book What emerges most strongly is Junior's uncompromising determination to press on while leaving nothing important behind. -- BCCB Few writers are more masterful than Sherman Alexie. -- Los Angeles Times Alexie's humor and prose are easygoing and well suited to his young audience. -- Booklist Fierce observations and sharp sense of humor...hilarious language. -- Newsday Exceptionally good...Arnold is a wonderful character. -- Miami Herald [Alexie] has created an endearing teen protagonist in his own likeness and placed him in the here and now. -- Minneapolis Star Tribune Deftly taps into the human desire to stand out while fitting in. -- BookPage Nimbly blends sharp with unapologetic emotion...fluid narration deftly mingles raw feelings with funny, sardonic insight. -- (starred review) This is a gem of a book...may be [Sherman Alexie's] best work yet. Breathtakingly honest, funny, profane, sad...will stay with readers. -- KLIATT

A National Book Award-winning author, poet, and filmmaker, Sherman has been named one of Granta's Best Young American Novelists and has been lauded by The Boston Globe as an important voice in American literature. He is one of the most well known and beloved literary writers of his generation, with works such as The Long Ranger and Tonto Fistfight in Heaven and Reservation Blues and has received numerous awards and citations, including the PEN/Malamud Award for Fiction and the Lila Wallace-Reader's Digest Award. 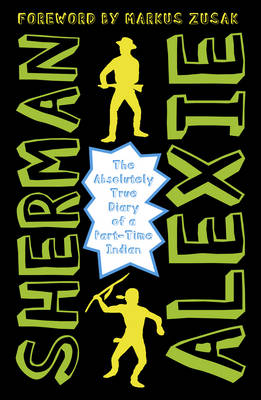 View All Books By Sherman Alexie