'So, long after the star had set, after the angels had roosted, after the shepherds had hurried back to their sheep, there was one person still awake in a dark stable, watching over a sleeping child.' Complemented by Fabian Negrin's atmospheric illustrations, this picture book is destined to become a classic.

This is a clever and beautifully told version of the biblical story, which really makes you think. Fabian Negrin's magical, dreamlike illustrations of angels sleeping under the twinkling stars and exotic birds flying through pale coloured skies, are reminiscent in places of Chagall. A truly wonderful picture book which deserves a place as a work of art. * Carousel * Father and Son os the best yet. It captures the sense of wonderment every time a father looks at his child. * Sonia Benster, The Children's Bookshop *

Geraldine McCaughrean is an established author for all age groups. Geraldine has been awarded many prizes for her writing, including the Whitbread Children's Book Award for A Little Lower than the Angels, the Library Association Carnegie Medal and the Guardian Award for a Pack of Lies. Geraldine has also published a number of retellings of traditional stories. She was awarded the Blue Peter Book Award for her retelling of 'A Pilgrim's Progress'. Fabian Negrin is a native Argentinean who began illustrating during his studies in Mexico. Having moved to Milan in 1989, he now works as an illustrator for the Italian ... 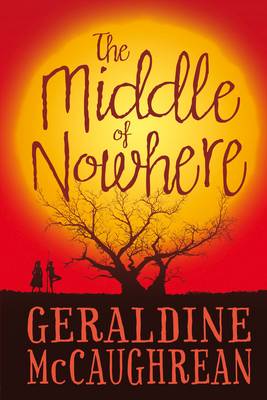