TIM Defender of the Earth

TIM Defender of the Earth Synopsis

TIM is Tyrannosaurus Improved Model. He's a genetically modified dinosaur that the government have been growing in a secret bunker under Trafalgar Square. And he's on the loose, after the Prime Minister decides he's just too expensive to keep. He's huge and clumsy, and with just a few steps could crush much of central London. He tries to get away but something's calling him back...Professor Mallahide is very very clever. But also slightly crazy.He's developed an amazing new invention, where nanotechnology means that objects and even people can be taken apart, remodelled, changed and used for any purpose. It's an incredible tool - but also could be a very dangerous weapon in the wrong hands. Unfortunately it's in the hands of a mad scientist...Chris and Anna are caught up in something very big and scary. Can these two kids help at all as TIM and Professor Mallahide do battle? This is a spectacular novel of goodies and baddies fighting it out in London, using Big Ben as a spear and throwing themselves into Buckingham Palace. It is hilarious, wild and utterly original.

If ever a children's book deserves to be given the big-screen treatment, this is it SFX Magazine

For the last ten years Sam Enthoven has been working as a part-time bookseller, living largely on a diet of instant noodles and parsnips while honing his skills as a writer of thrillers for young people. He is passionately - possibly 'certifiably' - committed to the ideal of books that make kids want to read; if you like The Black Tattoo and Tim, Defender of the Earth, you should see what he writes now he can afford something decent to eat once in a while. 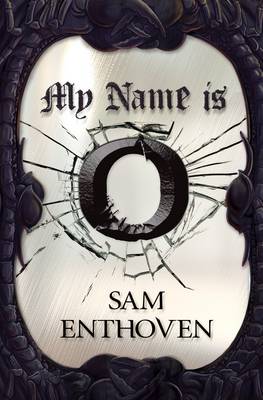