High in the crumbling Palace of Statues, oily Vox Verlix - nominally the Most High Academe but no more than a prisoner in reality - is brewing a terrible plot to destroy the goblins and the shrykes at a stroke, leaving him free to take over once again. Rook Barkwater, a young librarian knight, stumbles upon the truth when he is taken captive and forced to work for Rook. But can Rook foil Vox's plan and save the lives of his librarian colleagues-? A dramatic and menacing new adventure, illustrated throughout with marvellously imaginative black and white illustrations.

Go over the edge with the latest paperback in Paul and Chris' superbly popular fantasy series The Sunday Times A real must-have book ... amazingly inventive, full of menace and adventure Walthamstow Guardian Powerful imaginations and creative minds have invented this world and filled it with extraordinary characters, and Riddell's intricate line drawings add to its wonder The Bookseller Superlative ... the continuing inventiveness is breathtaking The School Librarian 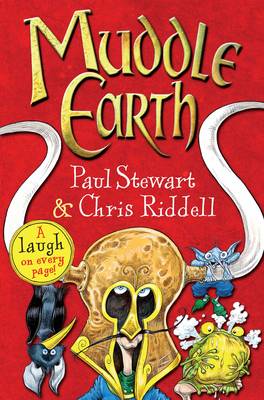