Harriet M. Welsch has just received the best news of her eleventh yearOle Golly is coming back! Harriet can still remember how sad she was when her beloved nanny married George Waldenstein and moved away. But the circumstances of Ole Golly's return remain unclear. Where is George Waldenstein? With Mr. and Mrs. Welsch living in France for three months, Sport confiding that he has a crush on a girl at school, and the arrival of a mysterious new neighbor, who's going to require a whole lot of spying, Harriet already has her hands full. Then she overhears Ole Golly saying she's innocentbut innocent of what? Harriet the Spy is on the case and ready to help Ole Golly in any way she can.Praise for Harriet the Spy and Her Friends Harriet the Spy';Harriet is . . . wholly relatable whether you're eleven or several times that age.'EW.com Harriet Spies Again By Louise Fitzhugh and Helen Ericson Winner of the Edgar Award for Best Juvenile Novel';Ericson has perfectly captured the voice and pacing of Fitzhugh's original novel in a seamless rendering of a fresh, enjoyable story for today's readers.' School Library Journal Harriet the Spy, Double Agent By Louise Fitzhugh and Maya Gold';Harriet the Spy is back, and Gold does a credible job of maintaining the special character and her crusty charm.' Booklist The Long Secret[STAR] ';Written with subtlety, compassion, and [Louise Fitzhugh's] remarkable ability to see inside the minds of children.' School Library Journal, Starred Sport[STAR] ';A worthy successor to Harriet the Spyand that is high tribute.' Booklist, StarredFrom the Hardcover edition. 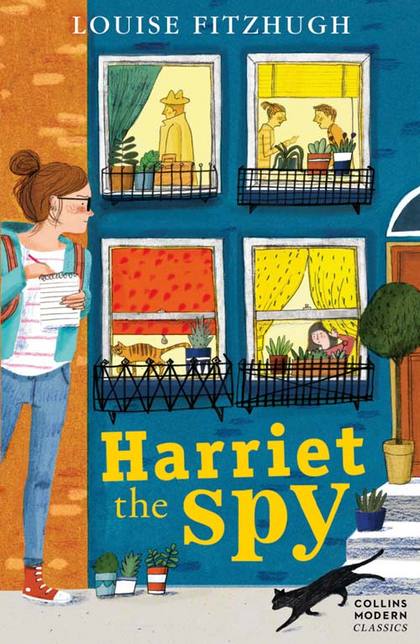