The Last Book In The Universe

The Last Book In The Universe Synopsis

In a land dominated by vicious gangs and mindprobe entertainment, Spaz is alone. His foster sister is the only good thing in his life and she is dying. Determined to save her, Spaz bravely sets out into dangerous and forbidden territory, accompanied only by an old man, with his philosophies and memories of what the world once was.

The Last Book In The Universe Press Reviews

'A fine book, highly recommended' - School Library Journal; 'Philbrick has created some memorable characters in this fast-paced adventure, which will leave readers musing over humanity's future' - Booklist; 'Danger, despair and drama permeate this adventure story which presents its hero with a major moral dilemma' - Booktrust Children's Books; 'Vivid storytelling makes this book utterly absorbing. Set in the future following a cataclysmic event which had devastated the world, readers are prompted to think and consider what is important; not of their day-to-day problems but of the wider meaning of life, of their place in the world and what is happening to our planet Earth...Each character adds a further layer involvement and draws the reader further into the tale. Challenging, but well worth the effort' - Carousel

Rodman Philbrick is an outstanding author who has won the prestigious American Library Association Best Book for Young Adults and Quick Pick Awards. His novel Freak the Mighty has been made into a Hollywood film. Author location: USA 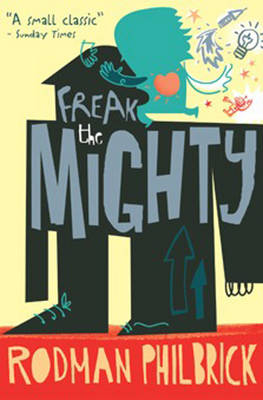 View All Books By Rodman Philbrick