The Photographer at Sixteen SHORTLISTED FOR THE WINGATE LITERARY PRIZE 2020

A truly remarkable book . . . fiercely compelling EDMUND DE WAAL *SHORTLISTED FOR THE JAMES TAIT BLACK MEMORIAL PRIZE* I've read no memoir that moved me more MIRANDA SEYMOUR *SHORTLISTED FOR THE PEN ACKERLEY PRIZE* The writing is always scrupulous . . . [a] compelling memoir BLAKE MORRISON *SHORTLISTED FOR THE JEWISH WINGATE PRIZE* Beautifully written and utterly compelling Sunday Times *SHORTLISTED FOR THE SLIGHTLY FOXED BEST FIRST BIOGRAPHY PRIZE* An original, probingly thoughtful memoir EVA HOFFMANN Full of warmth, grief, curiosity, wisdom . . . highly original New European An exquisitely told memoir Spectator Beautiful, devastating The Arts Desk The beloved poet's memoir of his mother that flows backwards through time, and through a tumultuous period of European history - a tender and yet unsparing autobiographical journey. In July 1975, Magda Szirtes died in the ambulance on the way to hospital after she had tried to take her own life. She was fifty-one years old. The Photographer at Sixteen spools into the past, through her exile in England, her flight with her husband and two young boys from Hungary in 1956 and her time in two concentration camps, her girlhood as an ambitious photographer, and the unknowable fate of her vanished family in Transylvania. The woman who emerges - with all her contradictions - is utterly captivating. What were the terrors and obsessions that drove her? The Photographer at Sixteen reveals a life from the depths of its final days to the comparable safety of its childhood. It is a book born of curiosity, of guilt and of love.

Exceptional . . . An act of love. -- Paul Bailey * Literary Review. * He works, frame by frame, through a sequence of ever-older photographs, employing her own chosen medium to interrogate the mystery of her existence, and the fallibility of memory -- Ariane Banks * Tablet * Magda Szirtes is intense, untameable, tantalising and compelling. George Szirtes is tender and astute in trying to understand her, percipient in analysing the enduring fragments of her life -- letters, tape-recordings, photographs, memories -- yet ever-aware of how little it is possible to know. The result is engrossing and profoundly moving. -- Keiron Pim, author of JUMPIN' JACK FLASH Like a film in reverse, this narrative structure not only reclaims a time of innocence and hope but also functions as a form of healing, an undoing of her pain. -- Fiona Capp * Sydney Morning Herald * As isolated snapshots build into a family portrait, and a historical fresco, we grasp the wider picture . . . beautiful, devastating -- Boyd Tonkin * Arts Desk * [An] exquisitely told memoir . . . By telling the story of his mother's life backwards Szirtes has performed a sort of conjuring trick . . . Not simply a memoir but a hybrid of history and biography interspersed with photographs, poems and several standout moments -- Anne Sebba * Spectator * In this quest to understand the enigma of his mother 's life and death, George Szirtes travels back from personal memory to deeper history, as he reconstructs his family's tragedy-darkened past . . . An original, probingly thoughtful memoir whose restraint only increases its poignancy and impact -- Eva Hoffman, author of LOST IN TRANSLATION: A LIFE IN A NEW LANGUAGE Szirtes uses his poet's eye to build images and details that bring his mother superbly to life . . . [this] is a beautifully written and utterly compelling narrative. -- Ian Critchley * Sunday Times * A book full of warmth, grief, curiosity, wisdom, staggering anecdotes and a coming to terms with the vicissitudes of 20th-century history . . . [a] highly original telling of the author's mother's life and the heartrending events through which she lived. -- Charlie Connelly * New European * Exceptional . . . There is much more to this scrupulously written memoir than I have been able to convey. There are photographs throughout the text, but those in the final pages are heartbreaking. -- Paul Bailey * Literary Review * The writing is always scrupulous . . . Knowledge is partly invention, Szirtes says, memory is mostly invention, and 'the trick is to invent the truth.' It may be a trick but it's one he pulls off brilliantly in this compelling memoir. -- Blake Morrison * Guardian * Unforgettably sad . . . Szirtes has made [his mother's] monument. It is a courageous and remarkable achievement. I've read no memoir that moved me more. -- Miranda Seymour * Financial Times * A truly remarkable book about identity, image and memory. It is fiercely compelling. -- Edmund de Waal, author of THE HARE WITH THE AMBER EYES In this extraordinary, hybrid book - part memoir, part history, part poetic journey - Szirtes re-makes the life of his mother, tracing her childhood in Europe's darkest period to her life in Britain after the Hungarian uprising. He brilliantly captures how sometimes it's those closest to us who remain the most mysterious. -- Patrick McGuinness, author of OTHER PEOPLE'S COUNTRIES: A JOURNEY INTO MEMORY

GEORGE SZIRTES' many books of poetry have won prizes including the T. S. Eliot Prize (2004), for which he was again shortlisted for Bad Machine (2013). His translation of Satantango by Laszlo Krasznahorkai (whom he interviewed for The White Review) was awarded the Best Translated Book Award in the US. He is also the translator of Sandor Marai and Magda Szabo. The Photographer at Sixteen is his first venture into prose writing of his own. 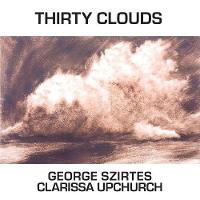 View All Books By George Szirtes