Jack the Ripper's London...an eerily quiet dining room on the Titanic...and a series of murders that covers two decades. 1912. Locked in an eerily quiet dining room on the Titanic, a mysterious man tells a young girl his life story as the ship begins to sink. It all starts in Whitechapel, London in 1888... In the small hours of the night in a darkened Whitechapel alley, young Mary Kelly stumbles upon a man who has been seriously injured and is almost unconscious in the gutter. Mary - down on her luck and desperate to survive - steals his bag and runs off into the night. Two days later, an American gentleman wakes in a hospital bed with no memory of who he is or how he got there. He has suffered a serious head injury, and with no one to help him remember who he is he starts to wonder how he will ever find his way home. One terrible truth links these two lost souls in the dark world of Victorian London - a truth that could ruin the name of the most influential man in the land... Back in 1912, as the Titanic begins its final shuddering descent to the bottom of the frozen, black Atlantic, one man is about to reveal the truth behind a series of murders that have hung like a dark fog over London for more than two decades...the identity of Jack the Ripper.

[The] provocative opening premise is explored with great imagination and flair by Scarrow, proving that there is still more to explore in the saga of Jack the Ripper * GOOD BOOK GUIDE *

Alex Scarrow lives a nomadic existence with his wife and son, their current home being Norwich. He spent the first ten years out of college in the music business chasing record deals and the next twelve years in the computer games industry. Find out more at www.scarrow.co.uk 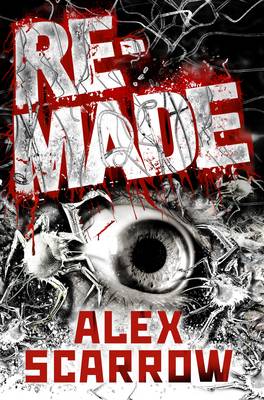