Escape from Planet Alcatraz Pack B of 6

Part of the Escape from Planet Alcatraz Series

Escape from Planet Alcatraz Pack B of 6

Part of the Escape from Planet Alcatraz Series

Escape from Planet Alcatraz Pack B of 6 Synopsis

Zak Nine and Erro are trapped! After hiding aboard a military ship, hoping to see an exciting space battle up-close, the two boys find themselves stuck on Alcatraz, a giant penal colony housing the galaxy's worst criminals. Now Zak, a human, and Erro, a boy from an alien world, are stuck trying to find a way to escape the notorious prison planet. Each book follows the boys' adventures across the planet as they desperately search for a way to escape and return home. Their travels lead them through various dangers, including poisonous seas, bottomless pits, flaming plains and more! Follow the boys' adventures as the two unlikely friends work together to Escape from Planet Alcatraz!

Michael Dahl is the prolific author of the bestselling Goodnight, Baseball picture book and more than 200 other books for children and young adults. He has won the AEP Distinguished Achievement Award three times for his nonfiction, a Teacher's Choice award from Learning magazine, and a Seal of Excellence from the Creative Child Awards. Dahl currently lives in Minneapolis, Minnesota. Patricio Clarey was born in 1978 in Argentina. He graduated in fine arts at the School of Visual Arts Martin Malharro, specializing in illustration and graphic design. Patricio currently lives in Barcelona, Spain, where he works as a freelance graphic designer and ... 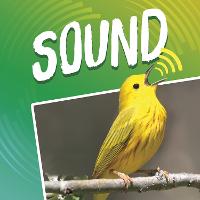