Scruff the dog is a stray, who just loves to dig. It doesn't make him the most popular dog in the neighbourhood. But when he sniffs out a pile of old bones, he gets all the neighbourhood dogs to help him. They uncover not one, not two, not three... but 100 bones and make the most exciting dinosaur discovery of all time! Scruff's find wins him new friends and a new home. A heart-warming story about an underdog who comes out on top.

This is a story with a moral which I thoroughly approve: the muddy and messy shall rule the world. Scruff the stray dog loves to dig. But his pals Percy the Pug, Pixie the Poodle and Ada the... you get the gist, don't want to scuff up their coats. Scruff finds 100 bones at the bottom of a hole but they're not like anything he's seen before. The gang take them to the Natural History Museum and a prof with a vaguely Russian name declares them rare dinosaur bones and Scruff makes the front pages. Yuval Zommer, a graduate of the Royal College of Art, must be congratulated for getting dogs and dinosaurs into this rich storyline (the kids' picture book equivalent of a full house in bingo) and for his original, delightful illustrations. -- Alex O'Connell * The Saturday Review - The Times * One Hundred Bones from Yuval Zommer is a fun picture book about a dog who digs up plenty of bones ... then finds a new home too! ... Yuval Zommer's narrative has a great pace, with plenty of enjoyable little twists and turns to hold the attention of little readers. His illustrations really are quite glorious, and will certainly be adored by dog lovers in particular. -- Emma Perry * My Book Corner * What we loved about this wonderful and original story was Scruff himself. A central character who, despite his plight, is full of joie de vivre and a love of life - and his life-changing discovery sees Scruff come out on top in the end. A real underdog-makes-good story that made us feel all warm and glowy inside. Hooray for Scruff! Charlotte's best bit: Scruff's friend, the willowy wispy Afghan Hound (we don't see NEARLY enough Afghans any more!) Daddy's Favourite bit: We loved Scruff, he's a real champ - he might be scruffy and a stray but he's an awesome sniffer and wins the day in the end. What a lovely and original doggy tale! -- Phil May * Read it Daddy! * Scruff the dog is a stray and all he wants to do is dig and dig - but that makes him unpopular with everyone, until he sniffs out a pile of old bones. Then all the neighbourhood dogs help him and they uncover 100 bones - but these are not any old bones, these are dinosaur bones. Scruff's find wins him new friends and a very special new owner. This is a lovely story about the underdog coming out on top, with gloriously vibrant illustrations. -- Sarah Brew * Parents in Touch * What Scruff the pup lacks in finesse he more than makes up for in enthusiasm much to the dismay of his well-to-do friends. He bounds and burrows his way to a stash of delicious ancient bones and with his canine chums by his side them em'bark' on a trip to London. To Scuff's great delight, his treasured collection of bones becomes a star attraction at The Natural History Museum and gets a rather impressive royal seal of approval. Woof! -- Emma O'Donovan * WRD magazine * Every dog will have his day, even the scruffiest of strays. Zommer's Scruff is a homeless mutt. Percy the pug, Pixie the poodle, Sydney the dachshund, and Ada the Afghan have collars and human friends who groom them. Scruff is a dog's dog: he goes his own way, he trespasses, and, most of all, he digs, usually in the wrong places, like the other dogs' yards. Chased away by their cold, fussy human friends, Scruff makes for the great open spaces where stuffy old humans won't smother his spirit. And lo, his nose leads him to the mother lode: too many bones for one dog to wrestle himself. When he tries to enlist the other four dogs to dig, they demur; when he mentions the word bones -hey, presto-their inner dogs emerge. Smart dogs, they bring their find to London's Natural History Museum, where Professor Dinovsky assembles them into the most ferocious dinosaur ever found. In turn, Dinovsky becomes Scruff's human friend but one that encourages his digging. The visual jokes will fly over young heads-the queen's trademark coat and corgis-and human friend sounds graspingly correct (why not caregiver or steward ?). Plus, with this bunch of human prigs and grumps, who needs friends ? The muted, retro-style digital artwork is pretty enough, but it has little personality or warmth. Good for Scruff, though. It's nice to have a friend who appreciates your innate talent. * Kirkus *

Yuval Zommer graduated from the Royal College of Art and has worked as a creative director for some of the world's top advertising agencies. His first picture book, The Big Blue Thing on the Hill, was published by Templar in Spring 2014. 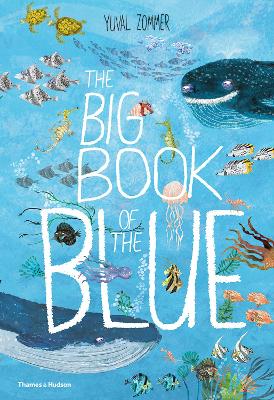