Divided Why We're Living in an Age of Walls

Divided Why We're Living in an Age of Walls Synopsis

THE SUNDAY TIMES BESTSELLER; New from the No.1 Sunday Times bestselling author of Prisoners of Geography; Which side of the fence are you on?; Every story has two sides, and so does every wall. We're in a new era of tribalism and the barricades are going up.; Money, race, religion, politics: these are the things that divide us. Trump's wall says as much about America's divided past as it does its future. The Great Firewall of China separates `us' from `them'. In Europe, the explosive combination of politics and migration threatens liberal democracy itself.; Covering China; the USA; Israel and Palestine; the Middle East; the Indian Subcontinent; Africa; Europe and the UK, in this gripping read bestselling author Tim Marshall delves into our past and our present to reveal the fault lines that will shape our world for years to come.

Divided Why We're Living in an Age of Walls Press Reviews

***** Informative and timely ... a readable primer on the world's biggest problems -- Daily Express; A timely and exhilarating clamber over the walls of history -- Peter Frankopan, author of The Silk Roads; Accomplished, well researched and pacey ... for anyone who wants to look beyond the headlines and explore the context of some of the biggest challenges facing the world today, it is a fascinating and fast read -- City AM; Accessible and timely ... ultimately, Marshall's lesson is one that we should all heed: differences can be overcome -- Prospect; A very knowledgeable, timely book and a good primer on current problems in a longer-term context -- Irish News; Perceptive ... Marshall examines the walls - physical, religious, ethnic, psychological - that fence people off or, at times, pen them in... He has written frankly about the world. We deny this at our own peril -- The National; Striking words ... Tim Marshall performs the daunting, yet highly pertinent, task of trying to make sense of one of the biggest issues of our times: in a world that is increasingly globalised, a backlash apparently grows ever stronger. By taking a global view, Divided successfully brings some much-needed perspective - --Northern Slant

Tim Marshall is a leading authority on foreign affairs with more than 30 years of reporting experience. He was diplomatic editor at Sky News, and before that was working for the BBC and LBC/IRN radio. He has reported from 40 countries and covered conflicts in Croatia, Bosnia, Macedonia, Kosovo, Afghanistan, Iraq, Lebanon, Syria and Israel. He is the author of the no.1 Sunday Times bestseller Prisoners of Geography; Worth Dying For: The Power and Politics of Flags; Dirty Northern B*st*rds! and Other Tales from the Terraces: The Story of Britain's Football Chants; and Shadowplay: The Overthrow of Slobodan Milosevic (... 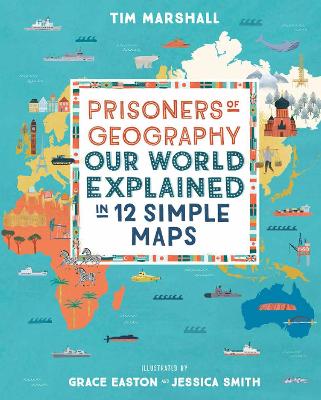 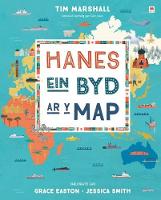 View All Books By Tim Marshall