Elephant and the Kangaroo

Elephant and the Kangaroo

Elephant and the Kangaroo Synopsis

&quoteTHERE'S AN ANGEL IN THE CHIMNEY!&quoteMrs. O'Callaghan had come up with some pretty farfetched notions, but when she came running to Mr. White with this announcement, he was convinced she'd lost all touch with reality. Yet when the sensible English writer-whose only mistake had been to set up his workshop on the O'Callaghan's rundown Irish farm-ventured into the kitchen to see what had so upset his landlady, he was shocked to discover that the Archangel Michael had come down the chimney and was hovering there, waiting to pass on a message of deep significance: There was going to be a Flood, and it was up to the O'Callaghans and Mr. White to build an Ark just the way Noah had. Well, maybe not exactly the way Noah had. After all, Mr. White didn't have the same kind of help to work with. Still, he'd find a way to manage, and a way to start the world again too-even though he'd always been a confirmed bachelor. He'd do it all-as long as he didn't have to save the elephants and the kangaroos!From T. H. White, best-selling author of The Sword and the Stone, The Once and Future King, and The Book of Beasts, comes this long unavailable satirical fantasy of twentieth-century Ireland. First published in 1947, The Elephant and the Kangaroo is something of a modern-day Gulliver's Travels, exploring an English writer's journey through a land at once familiar and alien, as he answers an Almighty challenge to save a world which he's not sure is really worth preserving. And it doesn't take him long to find out that building an ark just isn't as easy as it used to be....&quoteA STINGING COMMENTARY...A MAD FLIGHT OF FANCY.&quote-Kirkus&quoteHILARIOUSLY FUNNY.&quote-Library Journal 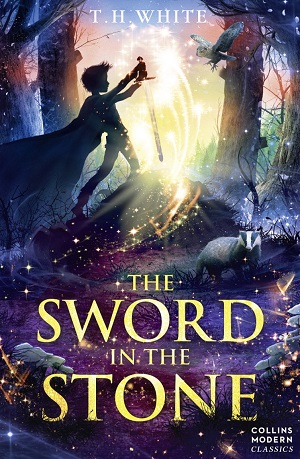