Reveals some of the thrilling developments that have transformed biology since the 1960s. Highlights the challenges ahead for biologists but suggests what they can learn from the past. Energetic, jargon-free writing that will appeal to a broad audience. During the 1960s Edinburgh became a hotbed for a forward-thinking group of biologists. This is the story of these innovators who saw that life's big mysteries were best tackled by studying its molecular foundations. It introduces the eccentric thinkers, ingenious tinkerers and tenacious experimenters who broke down the cultural barriers between traditional scientific disciplines. They produced a series of transformative ideas and tools that wholly reoriented biology. Edinburgh scientists invented genetic engineering. They laid the foundations for DNA fingerprinting and the human genome project. They also cloned Dolly the sheep, purified the first gene and kick-started the now-influential fields of epigenetics and systems biology. Yet Edinburgh's leading role in most of these world-changing stories have not been told before. Ben Martynoga intertwines science, biography and anecdote to describe the roots and lasting significance of key biological concepts. He describes the crucial micro-details, the blind alleys, botched experiments, and chance encounters to give a rare insight into the way science really progresses. Now, in the 21st century, biology is increasingly a 'big science' endeavour. A deeper understanding of biology could deliver not only new drugs and diagnostics, but also improved ways to feed, clothe and fuel us. But the world still awaits the long-promised fruits of biology's molecular revolution. The successes of Edinburgh's unsung molecular pioneers remind us why it is crucial to carve out space for small-scale, curiosity-led research.

Ben Martynoga is a neuroscientist and science writer. He was at the forefront of academic research into brain development, genomics and stem cells for over a decade. He now writes full time about science and technology. His work appears in a wide range of publications, including The Guardian, The New Statesman, and The Financial Times. 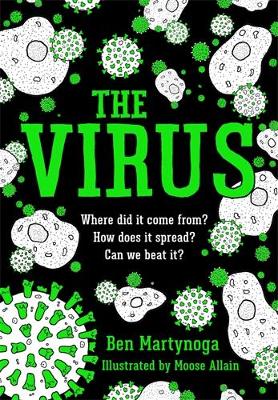 View All Books By Ben Martynoga