The Merrymaid Of Zennor Synopsis

A retelling of a traditional Cornish folktale, illustrated in full colour by Michael Foreman. Next time you stare out to sea and spot a glimmering in the waves, look closer...it just might be a merrymaid! When Zachy's friend, Tom Taskis meets a mysterious young lady, it is only Zachy who knows she's a merrymaid! Tom asks Zachy not to say a word before he and his beautiful maiden disappear into the rushing water. Nearly a year later, when Zachy discovers a merrychild swept in from the crashing waves, he returns it to the spot where he last saw his friend Tom with the beautiful merrymaid...but will he see Tom or the merrymaid again?

The Merrymaid Of Zennor Press Reviews

One of those rare stories that can be enjoyed by five-year-olds as well as adults. Causley's prose is spare and unsentimental, and the illustrations glow with lyrical detail. - The Independent; There is no doubt that it will sell best in Cornwall, where the mermaid seat can still be seen in Zennor church, but don't worry too much about the setting as it should sell in Scotland or Sheffield with similar ease. - Tara Stephenson, Blackwells, York; The perfect inter-relationship between text and illustration captures the reader and, in the best tradition of storytelling, tells a simple, magical story which enters your heart and stays there. - Books for Keeps

Charles Causley was born in Cornwall, and apart from six years spent in the Royal Navy during the Second World War, he lived there all his life. He was one of Britain's foremost poets and wrote for both adults and children. He was awarded the Queen's Gold Medal for Poetry in 1967 and appointed CBE in 1986. In 1987 he won the Kurt Maschler Award for Jack the Treacle Eater, and in 1990 the Ingersoll/T.S. Eliot Award of America. Charles Causley died in 2003. 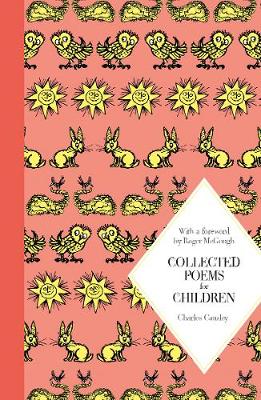 View All Books By Charles Causley