When Francis Raven is roused from his sleep on the eve of his birthday and confronted by the sight of a woman trying to stab him, he is unsure whether she is real or an apparition. Years later, against the wishes of his mother, he marries Alicia, a woman with a strange resemblance to the mysterious visitor, who ends up attacking him on his birthday, before vanishing from his life. Is Francis's wife a ghost, a demon or a living human being? And will the prophecy of the night-time visitation be fulfilled one day? Originally published in Household Words in 1855 as 'The Ostler', but recast and expanded two decades later, The Dream Woman is a powerfully dark and suspenseful multi-narrative novella from the master of the mystery genre and the author of some of the most enduringly popular novels of the Victorian era.

A master of plot and situation. -- T.S. Eliot

Wilkie Collins remains most famous for his novels The Moonstone and The Woman in White, in which he pioneered a new style of sensation writing, the influence of which can still be seen in today's culture in the genres of crime, mystery and suspens. He is also renowned for his close relationship with Charles Dickens, who regarded him as the most talented of his many proteges. 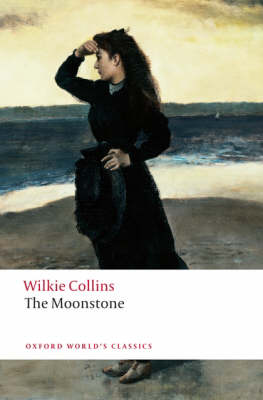 View All Books By Wilkie Collins