Part of the The Fincredible Diary of Fin Spencer Series

Part of the The Fincredible Diary of Fin Spencer Series

Fin Spencer is in BIG trouble. He upset Mrs Johnson, and now he's not going on the class trip. But he has to, after all he's a born action hero! Stevie Knuckles Action Camp is where Fin belongs. So it's time to use the diary again - if he can just tweak what happened today, he'll be on his way to fame, fortune and fearlessness once again. But the diary has a naughty habit of backfiring . . . Can Fin turn things around before he officially becomes an 'Action Zero'? Another laugh-out-loud 'Fincredible' adventure written by rising star Ciaran Murtagh with comic illustrations by Tim Wesson.

Laugh out loud moments punctuated by brilliant cartoon illustrations make this a great book for those who struggle with pages of straight text. * Mumsnet * The third instalment of the Fincredible diary series is just as riveting as its predecessors! -- Claire Muffett-Reece * Families Bedforshire *

Ciaran Murtagh is an actor, comedian and author. He has appeared in and written for two series of The Slammer on CBBC. His other TV writing credits include Dick and Dom, Planet Ajay, Scoop and Hotel Trubble. Piccadilly also publish his award-winning GENIE series. He lives in London. Follow Ciaran at www.ciaranmurtagh.com or on Twitter: @CiaranMurtagh. Tim Wesson is an illustrator and author who draws in different styles for both children and adults and has recently written and illustrated the MEGA MASH-UP series, published by Nosy Crow, for children aged 6-9. His latest book in the series is ... 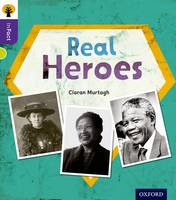 View All Books By Ciaran Murtagh