From award-winning Portuguese duo, Isabel Minhos Martins and Madalena Matoso, comes another truly inventive picture book that takes readers on a sensory adventure in the pursuit of friendship. Rendered in Matoso's distinctive, eye-catching style,What's That Noise? invites young children to investigate who exactly is calling them from inside the book. Readers will delight in following the clues by 'tip-toeing' with their fingers through an empty forest, braving a terrible storm of their own making, holding their ear up to the book to discern where to turn next and creating a shelter for their new friend when danger looms. A story that can only be told using fingers, eyes, ears and noses, What's That Noise? engages readers on all levels, and shows that to build a friendship takes time, patience and an adventurous spirit.

A graphic design tour de force that coaxes young readers into a voyage of discovery. --School Library Journal The clever use of shapes and instructions will keep young readers involved from beginning to end, puzzling out the source of the supposed voice--although endpapers offer a big hint. Little fingers are encouraged to, among other things, walk, tiptoe, and drum-roll. There are also two vocalizing opportunities--and, yes, a chance to use the nose. Fingers will move over shapes representing a forest, rivers, and the dark: a black double-page spread with two round, white shapes. Are those eyeballs?! For optimal use, no more than three at a time should share this book, unless desiring chaotic silliness. More engaging fun than many higher-tech devices. --Kirkus

Portuguese writer and publisher Isabel Minhos Martins and fellow publisher and illustrator Madalena Matoso are the creators of multiple award-winning books for children. Together they are the authors of What's Inside? (2014), Where Do We Go When We Disappear? (2013), At Our House (2012) and When I Was Born (2010), all from Tate Publishing. 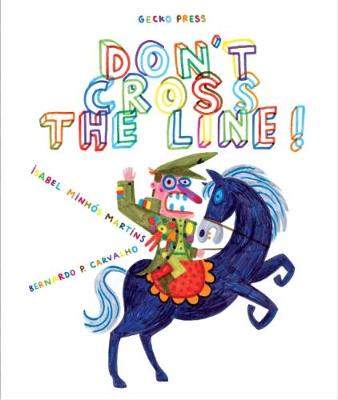 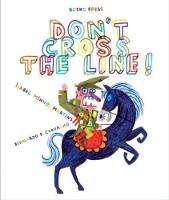 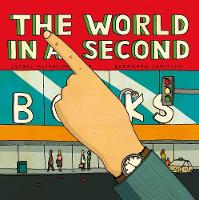