Peter in Peril Courage and Hope in World War Two

Peter is just an ordinary boy, who loves playing football with his friends and eating cake - until war comes to his city and the whole family have to go into hiding. This powerful graphic novel is based on a true story. Engrossing, and superbly told in graphic format - Books for Keeps Told with amazing depth in a simple and effective way - Angels and Urchins This is a book that is needed now more than ever - Read It, Daddy A United States Board on Books for Youth (USBBY) 2018 Outstanding International Book

This moving graphic novel is published in September 2016 and well worth pre-ordering. Peter is just an ordinary boy, who loves playing football with his friends and eating cake - until war comes to his city and the whole family have to go into hiding.. -- Sita Brahmachari * The Guardian * This is definitely a worthy entry to the non-fiction shelves for the very young... It's a non-scary but still evocative primer for the fact that you didn't have to live in Germany to suffer at the hands of Nazis. * The Book Bag * This debut graphic novel delicately balances the horror of those war years with a child's eye view of events, allowing young (and older) readers to gently explore some of the aspects of the Holocaust without it becoming overwhelming. There's a great deal of humour, and a real sense that children will always be children, however bad things get, finding ways to make new friends and creating new games to play even in the darkest hours, thereby giving us hope for better things to come....Peter's story is moving but also funny, horribly sad and sometimes frightening, before a page turn makes you smile. It is peppered with moments of laughter and is pitched just right for, say, upper Primary school aged kids. * Playing by the Book * This moving, true story of the Second World War tells Peter's story in his own words, accompanied by excellent illustrations which really convey the sombre feel of the story. Moving and very effective. * Parents in Touch * Without a doubt, this is the sort of book that is needed now more than ever, to educate children about the terrible atrocities of war, and how ordinary children like themselves became caught up in the conflict, taken far away from their homes and everything they knew and loved. At times it's quite a tough read, certainly a title for older children but it imparts its story with sensitivity and thought. This is the sort of book we'd truly love to see championed in schools and libraries. * Read It, Daddy * Learn, in an accessible way, more about the second world war...a moving and true story that will make readers think and help them to understand more about the experience of the war for children of their own age. * Armadillo * A true story about a young Jewish boy...told with amazing depth in a simpler and effective way. Our teen reviewer was very moved. * Angels and Urchins * Helen's graphic illustrations are just right for this kind of book, and should go down well with quite young readers. Let's hope, too, that they can see the similiarities with what's happening today in far too many places. If it was wrong then, it's wrong now. * Bookwitch * An engrossing true story...superbly told in graphic format. Words and pictures are skillfully combined and from the start of this first person narrative, young readers will identify with Peter. * Books for Keeps 5 star review * Even young children will get a sense of what it means to become the custodian of a memory. * Jewish Chronicle * This book, which establishes 'the right to life and to live in freedom and safety' could not be more pertinent for the current political climate, not only here in the UK, but also further afield. * IBBY Link * The warmth of humanity shines through the story. There are many great books retelling the experience of WW2 and this is special because of its graphic format which will capture some who might find continual text off-putting. * School Librarian * As Budapest crumbles around him, and Nazis search, seize, and deport friends and family, Peter and a cousin are moved to several hideouts in this biographical graphic novel. Juxtaposing the mundane aspects of life in hiding with the horror of why they have to hide gives this book its impact. * School Library Journal * Moving and vividly told. -- Fiona Noble * The Bookseller * Moving, accessible and offering a less well-known perspective on WW11 and the Holocaust, with its skilful balance of illustration and text, this is definitely a book to include in a primary school KS2 collection. * Red Reading Hub * Because it is told from a young person's perspective, there is an ignorance to what is actually happening around him - but from the action the reader will understand that Peter survived round-ups of Jewish people by moving hiding places several times, the only constant being a colouring book; he frequently faces hunger and cold. Despite the removal of the more harrowing elements of the Holocaust, the reader will understand that this was a horrific time, challenging and frightening for even the luckiest child. * Minerva Reads * Illustrated in graphic novel style, with the story told through a series of images and dialogue with short bursts of text. Although the events are horrific, there is always a sense of hope and the reader feels the courage of the Jewish families. It is even more poignant as at the end of the book we meet Peter and his family as they are now. * Books for Topics * A well as the historical aspect, the book is very relevant to the situation in many countries today - we need to learn from the past, and books like this are excellent in helping the younger generation to understand these issues. It's emotional and dramatic, drawing the reader in superbly, and is accessible even for reluctant readers. * Parents in Touch *

Helen Bate studied architecture and spent ten years working as an architect. Following a career change she went on to obtain a 1st Class degree and MA degree in Children's Illustration. By 2014 she was the winner of the People's Book Prize, Best Achievement Award, for her innovative work with Pictures to Share C.I.C, a Social Enterprise publishing illustrated books for people with dementia. Her first picture book, ABC UK, with James Dunn, was nominated for the Kate Greenway Medal. She is the author and illlustrator of Me and Mrs Moon, a graphic novel exploring dementia and The Creature, ... 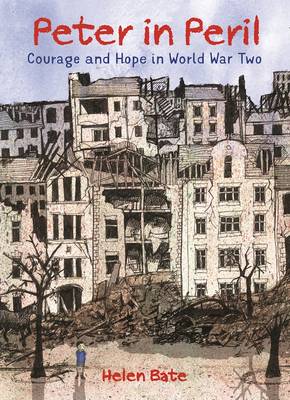 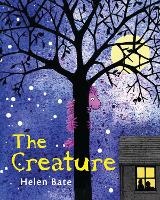 View All Books By Helen Bate