Moonstruck! Poems About Our Moon

Moonstruck! Poems About Our Moon Synopsis

New poems about the moon from well-known and up-and-coming poets, including many of the National Poetry Day Ambassadors, are combined with classic poems with a moon theme. This is an inspirational and beautifully illustrated anthology that will spark children's imaginations and celebrate our solar system in the 50th anniversary year of the moon landing in July 1969. Poets include Roger Stevens, Brian Moses, Valerie Bloom, Mandy Coe, Grace Nichols, Liz Brownlee, James Carter, Jay Hulme, Tony Mitton, Sue Hardy-Dawson and Rachel Rooney, as well as Percy Bysshe Shelley, Henry Wadsworth Longfellow and Emily Bronte.

Altogether, an attractive collection of poems to share with young moonstruck listeners. * Kirkus Reviews * ... sums up our sense of wonder about the moon, about space, about the stars and about all those things which are seemingly out of reach and untouchable in our night sky. Again, a collection of poems bought together for young children to learn from and enjoy, creatively illustrated too. I loved 'The Delicious Side of the Moon' in which we find cake, and Roger's own 'Moonstruck' which for me sums up this entire feature, our love and wonder for the moon ... * Armadillo * The only anthology of Moon poems chosen specially for young readers, Moonstruck! is a superb collection of poems, ranging from the hilarious to the sublime. New poems about the moon from well-known and up-and-coming poets, including many of the National Poetry Day Ambassadors, are combined with classic poems with a moon theme, released to celebrate the 50th anniversary of the first Moon landing. Edited by Roger Stevens, it also has fabulous linocut illustrations by Ed Boxall. * Just Imagine * Chosen as a CILIP Core Book Astrid wants to be an astronaut. Her dad tells her all the things she will need to do if she becomes one and her strong self-belief in her abilities is joyfully apparent. Then it's time to go and meet Astrid's mum from work and we discover who has inspired her to have this ambition. The illustrations depict a black family in this affectionate picture book. Information at the back of the book includes a brief introduction to five women astronauts from a variety of cultural backgrounds. * CILIP: The Library and Information Association * Not only is this an awe-inspiring anthology of moon-themed poetry from internationally-known poets, it's got interesting facts when they can add to the appreciation of a particular poem's topic. Boxall's beautiful black and white linocuts add another delightful dimension to what's already an out of this world anthology -- Ronna Mandel * Goodreads with Ronna (USA) * From classic to contemporary, the poems address the disinterest of a young child forced to watch the moon landings to Rachel Rooney's use of the different types of moon - Harvest, Snow, Milk - to Yeats' exploration of the relationship between night-time cat and moon. Illustrations throughout add shape to the texture of the poems; playing with shape and light to mirror the effects of the moon. * Minerva Reads * The moon has always inspired beautiful figurative language and this book just drips with it! * Reading Zone 5 star review * Glorious...there's truly something for everyone in this brilliant piece of work. * Red Reading Hub * New and classic verse sits side-by-side, with beautiful atmospheric illustrations by Ed Boxall. Bound to inspire the young wordsmiths in your class to write their own luar odes, and is also useful for cross-curricular work on space, science or art. * Teach Primary * All phases and faces of the moon are covered in this poetry collection inspired by our nearest neighbouring heavenly body. The poems take a range of forms and this is engaging and inspiring. -- Great New Poetry Books for Children * National Poetry Day * Should be visited again and again, allowing young readers to be drawn in by the ideas and images the poets offer. It is an anthology to be explored both in the class together, or privately. -- Editor's Choice * Books For Keeps * Boxall's ink drawings breathe beauty into these lunar musings and fantastical truths. * Children's Books Ireland * A cleverly chosen, illuminating collection. * Carousel * A sweet sliver of a book. -- Kate Kellaway * Observer *

Roger Stevens has been writing for children for 25 years. In that time he has had nearly 40 books published, including A Million Brilliant Poems (Part One), which was shortlisted for the CLiPPA award, and The Waggiest Tails: poems written by dogs (Otter-Barry Books). When not writing, he visits schools, libraries and festivals performing his work and running workshops for young people and teachers. He has always been fascinated by outer space and is old enough to remember the excitement of seeing men land on the moon for the first time. He spends his time between the Loire, in France, and Brighton, ... 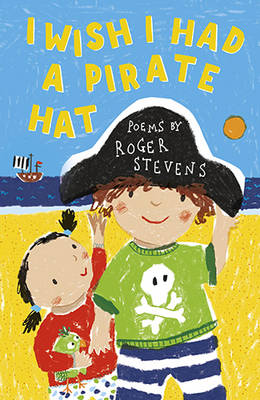 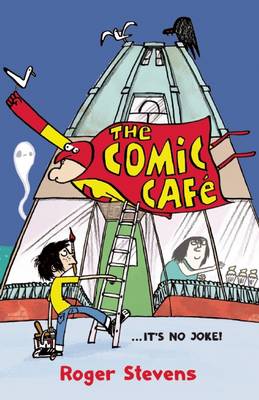 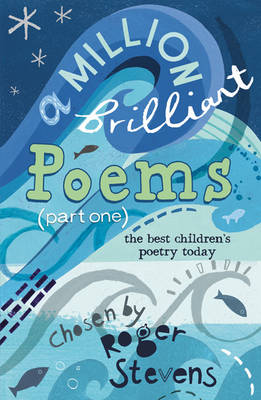 View All Books By Roger Stevens