LoveReading View on Chitty Chitty Bang Bang 3: Over the Moon

June 2014 Book of the Month  Time-travelling Chitty Chitty Bang Bang, the best-loved car in fiction, has been stolen! It is now in the hands of Tiny Jack, the biggest criminal in history, and its owners, the Tootings, are stranded in the past. Its 1966 and the World Cup is about to be played at Wembley Stadium. While Dad loves reliving the heroics of the game and the excitement of being in the swinging sixties, the kids are searching for the missing car. Just as well because, when Big Ben is stolen, the Tootings, who are now friends with the Queen!, know that they will only be able to get it back with the help of Chitty Chitty Bang Bang. Master story-teller Frank Cotrell Boyce brilliantly propels Chitty Chitty Bang Bang into a riotous new adventure.

Things are going to go out with a BANG, in this final, out-of-this-world adventure!
The Tootings are stuck in 1966! Somebody's stolen Chitty Chitty Bang Bang and left them behind. But that's not their biggest problem. Their biggest problem is that Little Harry's been kidnapped by whoever nicked their magical car. There's only one solution. The Tootings must find the Potts - the family that originally built Chitty. Sharing their combined knowledge of how Chitty works, the families stand a chance of rescuing Little Harry and finding the most brilliant car in the world. But a fiendish criminal has different plans, ones that involve flying Chitty Chitty Bang Bang to the moon and putting an explosive scheme into action...

The third official sequel to Ian Fleming's Chitty Chitty Bang Bang, written by one of the country's favourite authors. 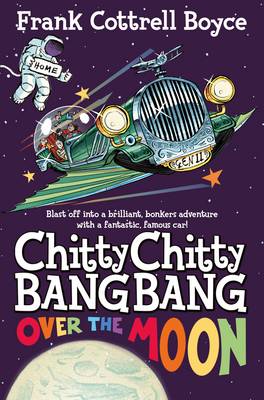 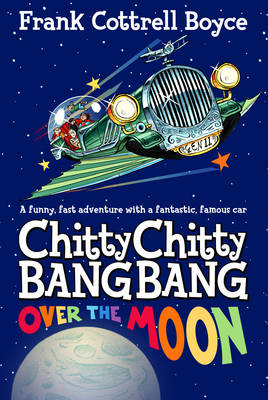