If you're looking for suitable books for your 9 - 10 year old, our extensive list of expert recommendations is sure to put you in the right direction. .

McTavish on the Move

A Julia Eccleshare Pick of the Month November 2019 | Full of Meg Rosoff’s delightful wit and evident affection for dogs, the is a great return for McTavish the big-hearted rescue dog who is already well-known for the good care he takes of all those around him. This time it is Betty who needs help. When Pa Peachey gets a new job the whole family is upheaved. Everyone is excited about it except for Betty. Not only has she got to move house but she also to say goodbye to her old friends and go to a new school. Betty does not want to be the new girl: she is terrified. Luckily, McTavish thinks of the best possible way to turn her arrival at a new school into a triumph rather than a catastrophe.

Amazing True-Life Tales; Astounding Wildlife Facts | A mix of inspiring true stories and fascinating facts and information, all presented across bright, colourful pages with striking, atmospheric illustrations, this is a terrific book for anyone who loves animals.  Amongst the animal heroes whose stories we hear are Balto, a sledge dog who helped deliver live-saving medicine in  the Alaska winter; Wojtek, the bear who became a favourite with Polish soldiers in World War 2; and Machli, a tiger who fought with an enormous crocodile to save her cubs. There are lots more too, animals who were never given names but whose actions demonstrate incredible intelligence and resilience.  As Jess French says in her introduction, there’s always something new to learn about animals, and this book proves that time and time again.

November 2019 Debut of the Month | Longlisted for the Branford Boase Award 2020 | Lina, born into a Soviet prison camp, has to find her way in the world when she escapes with some very disreputable characters. She is chased by her best friend, shadow wolves and a terrifying sorceress taking revenge on humankind. Without her friend Bogdan and her slow discovery of the magic she has she would perish – and she very nearly does on several occasions – in this gripping, bewitching story.   The story combines all the best elements of a straightforward adventure with friends and a magically invested tale, echoing some of the folk tales of the area.  The reader can taste the fear engendered by Svetlana the sorceress, and marvel at the bravery of the two young heroes in their battles against her and also the sheer determination needed to survive the awful winter climate.  This novel will have a wide appeal, with characters that are carefully drawn – and appealing to both boys and girls.  The mix of horror, magic and adventure make it very readable – a great read for a winters evening.

The Pearl in the Ice

December 2019 Book of the Month | Set in 1912, this action-packed adventure feels both classic and contemporary, with Marina, its young heroine, yearning to break free from societal constraints to become the “new woman” she’s read about in modern magazines. Namely, the kind of woman who is “mistress of her own destiny”. Frustratingly, Marina’s father dismisses her desires outright. Being a naval captain he’s often away at sea and, with her mother gone, Marina is about to be shipped off to boarding school when all she really wants to do is set sail with her dad. So much so, Marina ends up stowing away on his ship. As his mission is vitally urgent, Captain Denham has little choice but to continue with Marina aboard. As their perilous voyage progresses, the thrilling dangers of enemy sightings, superstitious shipmates and icebergs are interlaced with myth and mystery as Marina feels an inexplicable “urgent tugging in her chest to go north” after being accused of possessing the power to “call up storms”. Indeed, Marina’s affinity with the sea adds an extra edge of intrigue throughout, leading to an eerie explanation as the novel twists and swells to its pulse-quickening crescendo.

The Goldsmith and the Master Thief

Translated by the award winning Laura Watkinson | Available for the first time in the UK, this new translation is a real treat for fans of the breakout sensation Letters For the King,  which brought the multimillion bestselling  Dutch author Tonke Dragt to the attention of a UK audience for the first time and which then went on to win Children’s Book of the Year. Since then translator Laura Watkinson has continued her mission to bring us more of the award-winning author’s books. Written as twelve tales, the story of identical twins Laurenzo and  Joacomo is perfectly suited to reading and sharing over the twelve days of Christmas! Each tale is a complete and satisfying adventure set in the wonderful fictional medieval world created so vividly in the Dragt books. The boys may be so identical that they can take turns to go to school, but they have very different talents and temperaments. Hard-working Laurenzo wants to make beautiful things and becomes a goldsmith; Jiacomo loves travel and adventure and in one tale is tempted to use his wiles to become an excellent thief. Although he gives up the immoral life, his skills come in very useful as from a case of mistaken identity involving the Knight of the Red Rose to the pursuit of the precious silver cups of Talamura, the brothers find themselves caught up in wild adventures that require all of their combined wisdom and cunning. A highly satisfying and totally absorbing read with prose that would be a joy to read aloud in class too.

*The BRAND NEW laugh-out-loud, fully illustrated bestselling Wimpy Kid book!* Big changes are in store for Greg Heffley and his family. They are making home improvements! But with unwelcome critters, toxic mould and the walls coming down, soon Greg discovers renovations aren't all they are cracked up to be. When the dust finally settles, will the Heffleys be able to stay . . . or will they need to get out of town? ABOUT DIARY OF A WIMPY KID: * 50% words, 50% cartoons, 100% hilarious! * Hilarious stories that all readers can't wait to get their hands on * Laughter guaranteed * 200 million copies sold worldwide  Don't miss Diary of an Awesome Friendly Kid, to read Greg's best friend Rowley's side of the story!

This exhilarating sequel to Monsters in the Mirror follows 11-year-old Darwen’s second fantastical quest. In possession of a magical mirror that acts as a powerful portal to the breath-taking realm of Silbrica, Darwen previously defeated a host of monsters that came through the mirror. He must now journey to spectacular Costa Rica to battle a terrifying tentacled beast. The stakes are high, the action is perfectly paced, and the friendship between Darwen and his companions is authentic and engaging. Alongside these essential ingredients of Middle Grade adventure, the evocation of nature and landscape is wonderful – the “rainbow-coloured waterfall, which strobed first turquoise, then emerald green, then a yellow bright as liquid gold”; trees sprouting “slim, silvery leaves that rustled like foil in the breeze”. Moreover, not only is this a gripping adventure, but it’s visually pleasing too - invitingly-designed and further enlivened by Manuel Šumberac’s atmospheric illustrations.

Our World Explained in 12 Simple Maps | Maps are endlessly fascinating to children but this book will really open up the world to them. In Prisoners of Geography Tim Marshall reveals how geography has affected civilisations and how countries’ histories – and the lives of their people – have been shaped by the position of mountain ranges, valleys, rivers and coastlines. Take Russia for example: even as it grew bigger and more powerful over the centuries, it’s always been exposed to attack from the west because of the North European Plain, and still is. In another chapter he explains why it’s so important to China that it controls Tibet, and the islands in the South China Seas. By showing the ways geography, history and politics converge he makes complicated stuff – the situation in the Middle East for example – accessible and fascinating. It’s a book to get readers of any age thinking and seeing things differently.

Winner of the Ordnance Survey Children's Travel Book on the Year 2019 | Hand-picked by adventurer Alastair Humphreys, this compilation retells the extraordinary journeys undertaken by his personal heroes. These men and women have ventured into space, oceans, deserts and jungles and inspired Alastair's own adventures. They may do the same for you too.

Find the perfect silly joke in this collection from Andy Griffiths and Terry Denton, the creators of the internationally bestselling Treehouse series. Q: How do monkeys make toast? A: They put it under a gorilla! Q: What's grey and powdery? A: Instant elephant mix! From Bears to Birds, Penguins to Pirates, School to Space, The Treehouse Joke Book is packed full of hilarious jokes and silly one-liners that will make anyone laugh their socks off. The perfect gift for any Treehouse fan, join Andy and Terry as they find the ideal joke for any occasion!

Coming late to the party I thought to review book three before the other books would not be practical so I got hold of book one and two and really got into this series in a big way. The series is intended for middle-grade youngsters but this will appeal to adults also. the storylines are good, I was intrigued to find out where the painting was hidden (Lady in Red) it is a really clever story with characters overcoming fears which I think is good for young adults and grown-ups alike. I couldn't wait to read this till the end - and I must admit I was not quite expecting the ending. Due for publication 28th October (just in time for half term) well recommended and I hear that although this was intended as a trilogy there maybe another on the way - watch this space. Jane Brown, A LoveReading4Kids Ambassador

Welcome to Nikki Maxwell's ADORKABLE world in the fourteenth installment of the bestselling Dork Diaries series - now with over 45 million books in print worldwide! Nikki Maxwell and her bandmates are looking forward to an AWESOME time on tour as the opening act for the world-famous Bad Boyz! The only downside? Nikki's frenemy, MacKenzie Hollister, has weaselled her way onto the tour as a social media guru... Nikki's determined to stay out of MacKenzie's way to avoid any drama, but then she learns that MacKenzie is going to be her roommate! TOTAL DISASTER! Will Nikki survive her dream tour as it quickly goes from AWESOME to AWFUL?! 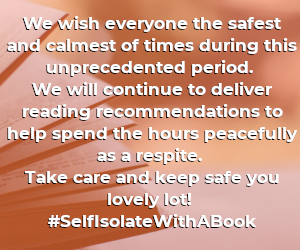 Whether it’s taking off on a high fantasy where new worlds open up endless possibilities or giving serious consideration of important ecological issues in a light hearted perspective, reading at this stage grows opinions and ideas.

You could also check out our latest highlights such as 'new voices', which showcases some of the brightest new talent from Walker Books,  or our 'prizewinners' section where we can help you and your child discover authors currently in contention for and/or winners of the most prestigious awards.