Julia Eccleshare's Picks of the Month

Each month Julia Eccleshare, a leading authority in children's literature, chooses a small selection of her favourites from the month. They will be generally new releases but occasionally she may select a new edition of a firm favourite and we will list them here.  All are highly recommended with Julia's seal of approval.

It's OK to Cry

August 2020 Book of the Month | A Julia Eccleshare Pick of the Month August 2020 | Positive feelings that make you smile; Feelings that can make you cry – these and all the emotions that lie between them are explored in the words and pictures of It’s OK to Cry. Sarah Jennings’s attractive illustrations capture how someone may look while experiencing SAD, HURT, SURPRISED, HOPEFUL and much more while Molly Potter uses a reassuringly matter of fact tone to explain a wide range of the feelings that we all have everyday. An excellent book which can open up good conversations when shared while also being useful for a child to browse through on their own. You can find more books on this theme in our Anxiety & Wellbeing collection.

May 2020 Book of the Month | Scary and warm- hearted, this is an action-packed adventure with a great cast of characters and some rocket fuel of magic and mystery. Orphaned when his mother dies, Leander is saved from starvation by the mysterious Madame Pinchbeck. Pinchbeck, a medium who claims she can talk to the dead, offers Leander the chance to speak to his mother if he joins her and sells her his locket. Hungry, cold and afraid, Leander agrees. Frighteningly soon Pinchbeck has terrifying power over Leander who swiftly discovers that he is not the first child that Pinchbeck has ‘stolen’: Charlotte and Felix have both been prisoners for years. Pinchbeck uses them in her dishonest performances as a medium and controls them with magic that enables her to make them vanish into their cabinets when they displease her. Will Charlotte, Felix and Leander ever be able to escape from evil Pinchbeck? With an atmospheric Victorian setting, the twists and turns of this drama unravel at an excitingly fast pace.

When You Reach Me

A Julia Eccleshare Pick of the Month April 2020 | Winner of the Newbery Medal | Shortlisted for the Waterstones Children's Book Prize | Multi-award winning When I Reach You is a sophisticated and thought-provoking time travelling story that fizzes with excitement and energy as it encourages readers to explore how the future can shape the present. Miranda, a six grader in a New York school, tells a brilliant story that weaves together the details of her everyday school and home life with a series of inexplicable events which create a mystery that it is hard to unravel. Part of the thrill of the story is that Rebecca Stead expects of lot of her readers! With much referencing of Madeline L’Engle’s classic A Wrinkle in Time, the book that Miranda loves best, there are detailed conversations about now and the future about how and whether they come together. With not a word wasted When You Reach me is not only a story to fall in love with but also an irresistible spur to thinking!

April 2020 Book of the Month | A Julia Eccleshare Pick of the Month April 2020 | Best-loved TV presenter Lucy Worsley’s version of the background to the author Jane Austen’s life is a delightfully vivid story that effortlessly whirls readers into a very different, long-ago world. There are balls and proposals, carriages and nurseries, rich and poor and even a scene in a debtors prison all of which frame the lives of the young girls who are Jane Austen’s nieces. What an extraordinary existence it is! The wise aunt Jane Austen is a great guide through all of this especially, as Lucy Worsley makes clear, it is one in which the young girls think their only ambition is to find a husband! Hugely good fun to read The Austen Girls is also packed-full of unforgettable historical details.

A Julia Eccleshare Pick of the Month April 2020 | Full of bravery, hope, dreams and humour this is a wonderfully doggy adventure as Paolo escapes from his confinement in a hairdressing salon and enjoys everything that is on offer in the stunning city of Rome. Paolo knows that Rome is full of beauty and magic but how will he ever be able to get out and see it? Seizing his moment when the salon door is left open, Paolo embarks on a whirlwind and dangerous adventure full cats, dogs, statues and even opera. Claire Keane’s fabulous illustrations create a glorious evocation of Rome – mostly from a dog’s point of view!

A Julia Eccleshare Pick of the Month April 2020 | Stylish and beautifully conceived, this entertaining new picture book by artist/ designer Marion Deuchars is a visual treat as well as a strong story about artistic competition - and collaboration. Bob loves making art and is very jealous when everyone starts talking about Roy, the amazing new artist in town. His work is apparently fantastic! Who is this new artist and what is so special about his work? Why is he the best in town? Bob does everything he can to compete with Roy until he realises that working together might be more fun!

Read/Listen For Free Read An Extract
Add to My Bookshelf

The Song of the Tree

A Julia Eccleshare Pick of the Month March 2020 | Award-winning author and designer Coralie Bickford-Smith follows up The Fox and the Star with a wonderful new fable celebrating belonging and the importance of understanding those around you. Poetically told, the simple text which is beautifully designed on the page to match the spirit of the words, tells of the importance of shelter and its power to encourage confidence and tolerance as well as empowering development and independence. The interdependence of the bird and the tree in this story is a beautiful telling of a universal theme.

The Book of Time

A Julia Eccleshare Pick of the Month March 2020 | Taking a philosophical approach, this is a comprehensive look at the challenging question: What is Time?  Having posed the question, author and illustrator Kathrin Köller and Irmela Schautz take readers through the past and present stories, myths and symbols of time from around the world which help to explain some of the mysteries which we all experience. These set the scene for a detailed look at the realities of how time is recorded and counted before closing with a section on travelling through time as in across time zones and in futuristic fantasies.

The Seedling That Didn't Want to Grow

A Julia Eccleshare Pick of the Month March 2020 | March 2020 Book of the Month | The wonder of nature and in particular the growth cycle of a tiny seed are beautifully captured in Britta Teckentrup’s luminous illustrations and simple text which, more widely, celebrates finding your own way in the world whoever you are. What happens when one tiny seed takes a long time to get growing? It soon discovers that the faster growing seeds have taken all the space and light. Undaunted, and guarded first by ant and ladybird and later by more and more creatures of the woodlands, the tiny seed begins its own journey seeking out spaces that enable it to flourish and fulfil its potential. It’s a joy to dwell on the illustrations and to let message sink in.

I Don't Want to Be Quiet!

A Julia Eccleshare Pick of the Month March 2020 | March 2020 Book of the Month | There’s lots of fun in this entertaining story about a little girl who doesn’t want to be quiet until she discovers just what can happen if you are quiet. And how much fun that can be in a different way. “ I don't want to be quiet,/ I’d rather be LOUD!/ I want to be HEARD and/ stand out from the crowd!” But that is not popular in a library! Can she be quiet? Yes she can! There’s a good lesson for all about the value of listening.

A mindful fall-asleep book | How to calm down at bedtime is a regular problem for busy children and their parents. The words and pictures of this beautiful book link relaxing sleep exercises with an introduction to the wonder of the stars shining in the night sky. Good yoga exercises and breathing techniques are the foundation of this helpful preparation for bedtime. The book also provides a wealth of scientific and mythological facts about the stars which tie in with the yoga poses. Presented partly in words and partly in pictures these provide the perfect  support for learning how the exercises help falling asleep.

A Julia Eccleshare Pick of the Month February 2020 | | Award-winning Axel Scheffler’s familiar illustrations are a great introduction to simple concepts for the very young. Fox, Rabbit, Bear and Pig, four friends from Acorn Wood explore Colours, Counting, Friends and Opposites in these four small scale and highly durable board books which are neatly held together in a min-library box. 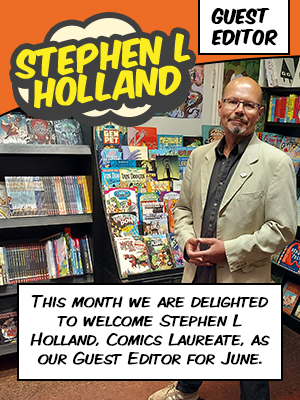 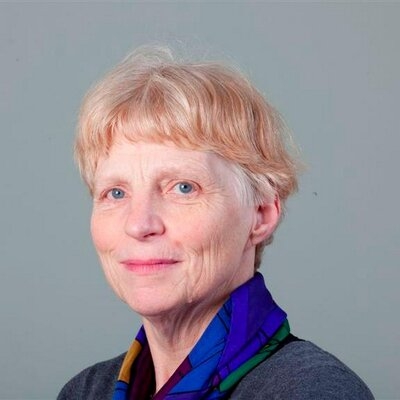 Julia Eccleshare has spent her working life to date within children’s books as a critic, an editor, an author and a commentator. Apart from her current role with Lovereading4kids as Editor-at-Large and as one of our editorial expert reviewers, she is the children’s editor of the Guardian and Head of Policy at the Public Lending Right.

She has co-edited and is the author of a number of books including the Rough Guide to Teenage Literature, the fascinating and insightful Beatrix Potter to Harry Potter: Portraits of Children’s Writers, which is a celebration of a century of children’s literature, as well as Treasure Islands: the Woman’s Hour Guide to Children’s Books. She also spent some considerable time as a children’s fiction editor in UK publishing.

She has been a selector to the Children’s Books of the Year, a guide to the best books published annually, a member of the advisory board of a children’s book club and for some while was children’s books editor of The Bookseller. In addition, she regularly appears as a judge or Chair of judges on some of the major children’s book prizes.