To mark the centenary of the end of World War One, 2018 we have gathered together a selection of books, fiction and non-fiction, new titles and old ones, for a wide range of ages, to reflect the tragedy of the First World War.  We will refresh the list on a regular basis as new titles are published.

It began 100 years ago. They said it would be over by Christmas. They were wrong. Read about the tanks and trenches, bombs and battlefields that make up the chilling story of World War One. Did you know that German Zeppelins were made from cow intestines, the same material as sausage skins, so sausages were banned in Germany? Or that the fighting was stopped on Christmas Day 1914, so that German and British soldiers could play football in no man's land?  Richard Brassey's unique and accessible style has proved enormously popular with children, and this book will provide an easy way to explain the importance of the event to young readers.

No child who reads this will ever sanction a war if they can help it.  Marcus brings the horrors of World War One to life in fiction in the most dramatic of ways.  It really is completely compelling, made all the more frightening by the fact that one of the key protagonists is able to see into the future.  And if you like cliffhangers at the end of every chapter you can’t do better than this.

No child who reads this will ever sanction a war if they can help it.  Marcus brings the horrors of World War One to life in fiction in the most dramatic of ways.  It really is completely compelling, made all the more frightening by the fact that one of the key protagonists is able to see into the future.  And if you like cliffhangers at the end of every chapter you can’t do better than this.

A wonderful collection of stories from award-winning authors such as Anne Fine, Melvin Burgess, Adele Geras and Berlie Doherty which captures a wide range of life changing experiences for women living through the great upheaval of the First World War. There’s romance, courage, humour, optimism and excitement all shot through with sadness at the overwhelming loss of life.

50 Things You Should Know About the First World War

In 1914 a war broke out that was to touch every corner of the globe.  By 1918, the year the war ended, more than 16 million people were dead from almost every nationality.  See how events unfolded chronologically, meet key figures of the conflict and discover the lasting impact of the war. Packed with facts, maps, infographics and photographs, this is the perfect introduction to a tragic chapter in world history.

From the assassination of Archduke Franz Ferdinand to the signing of the Treaty of Versailles, WWI Unclassified takes readers on a journey back in time to discover the amazing stories behind this devastatingly terrible war that shook the world and changed it forever. Complete with Glossary and Timeline it is an indispensible authority that has been created in collaboration with the National Archives.

Women’s roles in the First World War need to be told as frequently as possible. Mary Hooper’s Poppy combines a brilliant insight into how utterly and dramatically the lives of women changed during the conflict as attitudes altered and old social hierarchies were overturned and with a heart-warming romance. How the war affected a girl like Poppy and how she is changed by it is a richly entertaining story. Follow Poppy as she travels to Flanders as a nurse on the front line in the sequel Poppy in the Field.

Written by those who were involved at the time, this is a thoughtful and powerful selection of poems that capture many different experiences of war. The soldiers’ view is reflected in familiar poems such as Wilfred Owen’s haunting Dulce Et Decorum Est and Rupert Brooke’s Death. There are also many women’s voices here including Vera Brittain’s  touching To My Brother and Jessie Pope’s more upbeat War Girls.

True Stories from World War I

A collection of twelve action-packed true stories about war in the air and on land during World War I - including the growing importance of aeroplanes in the war, German bombing raids, the terror of the zeppelins, life in the trenches, the tragedy of Gallipoli and a daring escape from a prisoner of war camp during WWI. Packed with maps, illustrations and black and white photographs, this is an incredible collection of stories about the First World War.

Find out all the really important things about the First World War with this brilliant book of questions and answers on World War One in association with Imperial War Museums which was founded during World War One to encourage, the study and understanding of the history of modern war and wartime experience.

Megan Rix adds a new title to her much-loved stories about the bravery of animals in extreme situations. Set in the First World War, this tells the story of a very special friendship between a dog and a cat. Sammy is a rescue puppy and Mouser is a fearsomely brave grey tabby cat. Like other animals at the time, the two are sent out from England to the trenches where they are in the front line of the action. Together, and making more friends wherever they go, Sammy and Mouser endure the hardship of the constant gun fire. How the two survive is an exciting and touching story.

Shortlisted for the 2015 Red House Children's Book Award Two elephants and an old Border collie are the stars of Megan Rix’s wonderfully heart-warming new animal story. It’s 1917 and as the First World War rages, Cullen’s Circus is forced to close. With Albert their keeper gone, Shanti is forcibly parted from her calf Tara in a heart-wrenching scene. But Harvey the collie won’t leave the little elephant and the two set out to find Shanti. The animals are real characters, their loyalty and bravery in stark contrast to some – though by no means all – of the humans. Tara and Harvey’s journey feels completely credible and there won’t be a dry eye in the house for the final chapters. There are cameo appearances for Beatrix Potter, Elgar and Houdini, but the story – as with all Megan Rix’s books – belongs to the animals.  ~ Andrea Reece

The Amazing Tale of Ali Pasha

An evocative WW1 story of heroism and friendship, based on real events.  Ali Pasha was a tortoise celebrity, appearing on Blue Peter and in newspapers worldwide, including The Times and The Boston Globe. Retold through journal entries and through Henry’s accounts to a young reporter, Ali’s story has stunning colour illustrations throughout.

It is 100 years since the end of WW1 and even though there are now no people alive today who experienced it first-hand, its impact on the world is still apparent today. 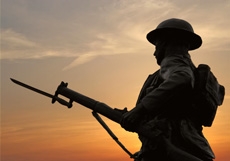 Throughout the anniversary years of WW1 there have been a lot of books published for children, and WW1 appears more prominently in the school curriculum, so we will be selecting our favourites, both fiction and non-fiction. We hope it will inspire children never to forget the sacrifices made by their forbears.

World War One, WW1, The Great War, 1914-1918, was on a scale previously unknown.  Millions of lives were lost and vast areas of land destroyed. It was triggered by the assassination of Archduke Franz Ferdinand of Austria, on 28th June 1914, in Sarajevo. 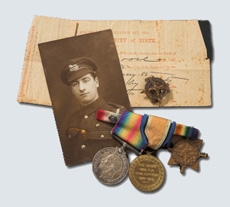 Described as the First World War, because it involved countries from every inhabited continent in the World although the vast majority of the fighting took place on what became known as the Western and Eastern fronts, on either side of Germany.

The Battle of the Somme (1st July - 18 November 1916) was one of the bloodiest battles of the First World War,  as the British and French armies engaged the Germans in a devasting battle of attrition, leaving over one million dead and wounded on all sides.

The first World War paved the way for major economic, political and social change and the map of Europe was redrawn. In Britain the labour and suffrage movements grew in strength and support.  Our Royal family cut ties with their German ancestry and took the new name of the House of Windsor. 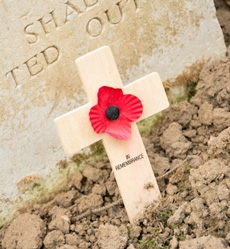 After the armistice on 11 November 1918 The League of Nations was formed with the aim of ensuring such a terrible conflict would never again occur. But with battle-weakened countries unable to defend themselves and rise of fascism, the world was at war once again in 1939. 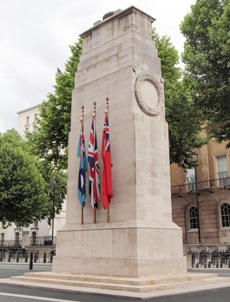 Barrington Stoke, the foremost publisher of dyslexia friendly books and those for reluctant readers, has launched a special new website dedicated to literacy and World War One. Reading War is packed with rich content relating to the themes of two Barrington Stoke titles, Over the Line and Tilly’s Promise, with videos, teachers’ guides and stories, diaries and other reading materials created specially for the site. See www.readingwar.co.uk for more.