Browse our top ten audiobooks for kids in January 2022, listen to samples and when you're ready head over to Audiobooks.com where you can get 3 FREE audiobooks on us 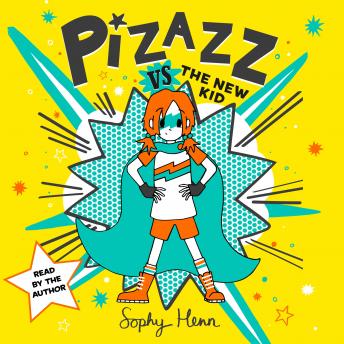 The super (like, actually, with powers and stuff) series from the amazingly talented Sophy Henn, award-winning author and illustrator of Bad Nana!  Perfect for children aged 7, 8, 9 and upwards, and for fans of Dork Diaries, Tom Gates, Amelia Fang, Wimpy Kid and Dog Man. BEING A SUPERHERO IS THE BEST THING EVER, RIGHT? WRONG! HELLO! My name is PIZAZZ and I'm a superhero . . . You probably think that's really AWESOME, and while it can be, it's also REEEEEEEAAALLLLY annoying. I guess it was sort of going OK (I say, "sort of" - I still have to wear a silly cape and save the world all the time) until this NEW KID showed up, and started WOWING everyone with their super powers. Yep, SUPER POWERS - just what this town needs, another super . . . Who just happens to have the coolest name ever: Jett. And now, because of Serena and her gang of Populars, I have to compete against Jett in an almighty and ultimate SUPER-OFF. But it's fine. I mean, even if I lose, there's space for two SUPERS in this school, isn't there?!   PRAISE for PIZAZZ: "Blocky comic-style panels, a fire-farting granddad and a conservationist message make for accessible, quirky reading" - The Guardian, Children's Book of the Month "Sophy Henn's funny new series […] a witty and original reminder that superheroes are human too" - The Sunday Times, Children's Book of the Week "Full-page illustrations, comic-strip sequences, quirky typography and dramatic chapter openers ensure this book will appeal to more reluctant readers" - The i "Sophy Henn's lively, energetic story should be a hit with anyone who finds it hard to fit in" -  The Financial Times  "Perfect for fans of her previous series Bad Nana, with the same level of illustration and zany text throughout" - Booktrust 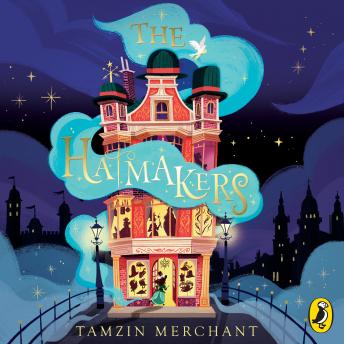 Brought to you by Puffin. The first adventure in a spellbinding new magical world. 'Wildly inventive . . . full of laugh-out-loud humour, enchanting magic and rebellious hope. I loved it' Catherine Doyle Cordelia comes from a long line of magical milliners, who weave alchemy and enchantment into every hat. In Cordelia's world, Making - crafting items such as hats, cloaks, watches, boots and gloves from magical ingredients - is a rare and ancient skill, and only a few special Maker families remain. When Cordelia's father Prospero and his ship, the Jolly Bonnet, are lost at sea during a mission to collect hat ingredients, Cordelia is determined to find him. But Uncle Tiberius and Aunt Ariadne have no time to help the littlest Hatmaker, for an ancient rivalry between the Maker families is threatening to surface. Worse, someone seems to be using Maker magic to start a war. It's up to Cordelia to find out who, and why . . . 'An utterly charming adventure full of wildness, wit, magic and heart' Anna James © Tamzin Merchant 2020 (P) Penguin Audio 2020 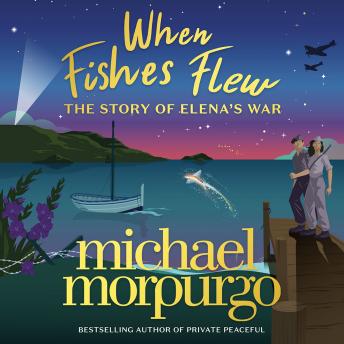 When Fishes Flew: The Story of Elena’s War

This first new novel in two years from the Nation’s Favourite Storyteller is a sweeping story of love and rescue – an unforgettable journey to the Greek island of Ithaca, and back in time to World War Two… Australian-Greek girl Nandi travels to her ancestors’ home in Ithaca, and discovers – through a friendship with an extremely unusual flying fish – the extraordinary story of her great-aunt Elena; of how she fell in love, in the hardest of times, and how of how she became an unsung hero of World War Two. But Elena has gone missing, and Nandi has to find her. In her search, she will discover that Elena was an even greater hero than she thought – and still is… Nandi’s story is a beautiful and inspiring tale of personal discovery, of love and place and belonging, threaded through with the quiet heroism of everyday people. It is full of magic, myth and mystery; a classic Morpurgo novel that will move and thrill every reader who loved Private Peaceful and War Horse, and combines all the hallmarks of this beloved Master Storyteller. 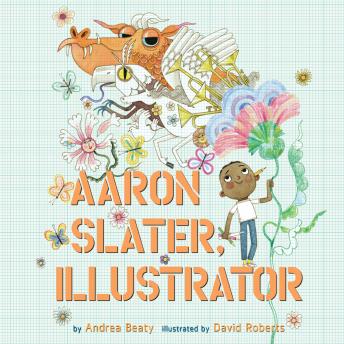 Aaron Slater loves listening to stories and dreams of one day writing them himself. But when it comes to reading, the letters just look like squiggles to him, and it soon becomes clear he struggles more than his peers. When his teacher asks each child in the class to write a story, Aaron can't get a single word down. He is sure his dream of being a storyteller is out of reach... until inspiration strikes, and Aaron finds a way to spin a tale in a way that is uniquely his. 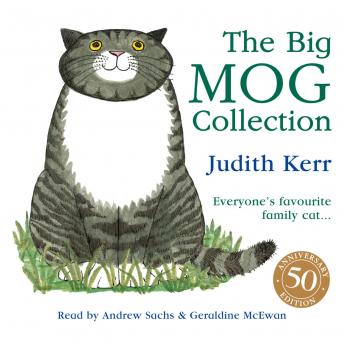 Share in fifty years of a really remarkable cat… Join everyone’s favourite family cat in this delightful collection of classic picture book stories, full of her warm-hearted and funny escapades and read by the wonderful Andrew Sachs and Geraldine McEwan. From the creator of The Tiger Who Came to Tea and Mog the Forgetful Cat comes a remarkable audio collection of five delightful family adventures about a really remarkable cat! Featuring five funny and exciting classic picture book stories: Mog and the V.E.T. Mog the Forgetful Cat Mog and the Baby Mog’s Christmas Mog’s Amazing Birthday Caper With music and sound effects, and extended text written especially for the audio by Judith Kerr, this incredible collection is read by the incredibly talented and beloved actors, Geraldine McEwan and Andrew Sachs. ‘Since her debut in 1970, Mog has become… a national hero.’ Junior Magazine ‘A firm favourite on children's bookshelves’ The Telegraph ‘Mog is a star, she really is. I can't recommend her highly enough. Someone should give that cat a medal, or an egg for breakfast.’ The Bookbag 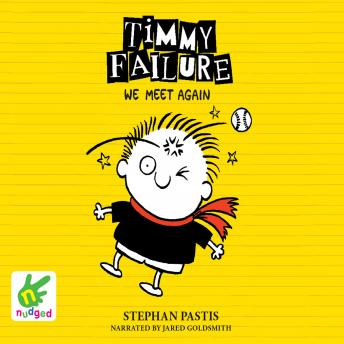 His name is Failure. Timmy Failure. And his detective agency is on the verge of global domination. Global riches. Global fame. And yet the gods keep throwing him curveballs: for starters, academic probation. The coveted Miracle Report is the key to everything, including a good grade. It's dirty business. It's best you know nothing. But one thing is for sure: Timmy Failure will be triumphant again! 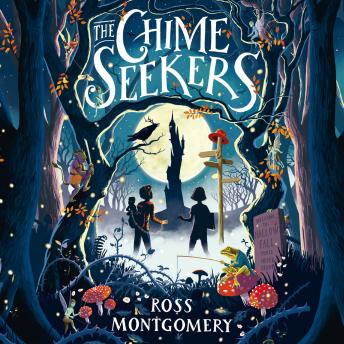 Heart-stopping fantasy from the Costa-shortlisted and critically acclaimed author of the bestselling The Midnight Guardians. Step into a world of faery tricks and hidden danger... When an evil faerie steals Yanni's baby sister and swaps her for a Changeling, Yanni is swept into a dangerous race against time to get her back. For faeries delight in tricks and rescuing her won't be easy. With the help of his cousin, Amy, and the reluctant Changeling, Yanni must travel to goblin palaces and battle-swept oceans, discovering ancient treasures and secrets along the way. Yanni will need every drop of courage and even a few tricks of his own, if he's to outwit the faerie and save his sister... Ross Montgomery brings the magical world of British folklore to life in this contemporary fantasy novel. Bursting with Ross's trademark charm, humour and heart, and with echoes of David Bowie's Labyrinth, The Chime Seekers is perfect listening for fans of Emma Carroll, Piers Torday and David Solomons. PRAISE FOR THE MIDNIGHT GUARDIANS Waterstones Children's Book of the Month for Christmas 2020 Hive Children's Book of the Month for November 2020 A Toppsta Children's Book of the Month for November 2020 'An enthralling, Narnia-flavoured novel with the folkloric feels of a Christmas classic.' Children's Books of the Year, Guardian 'Beautifully drawn fantasy characters ... a story of hope and love underpinned by witty humour." Daily Mail 'A magical slice of historical fantasy fiction." i Newspaper 'This lovely adventure story has the feel of a classic children's book.' Book of the Week, The Week Junior "'A mythic, comic, classic adventure." David Solomons "Glorious! A joy of a joy of a thing." Katherine Rundell 'A gem of book, jam-packed with heart and humour and one utterly unique set of friends.' Peter Bunzl "Pure magic. Storytelling at its very best." Abi Elphinstone 'A real triumph of the imagination.' Editor's Choice, The Bookseller 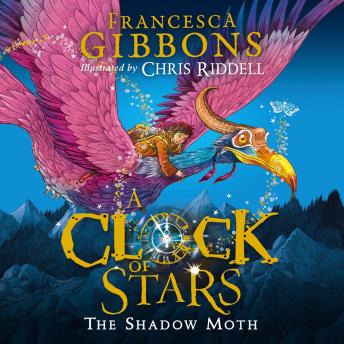 A Clock of Stars: The Shadow Moth

With all the magic of Narnia and the humour of Mary Poppins, this is a future middle grade fantasy classic – and the beginning of an unforgettable journey… Imogen should be nice to her little sister Marie. She should be nice to her mum’s boyfriend too. And she certainly shouldn’t follow a strange silver moth through a door in a tree. But then… who does what they’re told? Followed by Marie, Imogen finds herself falling into a magical kingdom where the two sisters are swept up in a thrilling race against time – helped by the spoiled prince of the kingdom, a dancing bear, a very grumpy hunter… and even the stars above them. Thrilling, sharply funny, and with characters you will fall in love with, A Clock of Stars is a timeless fantasy from an astonishing new voice. 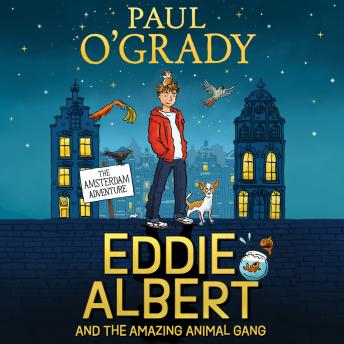 The Eddie Albert and the Amazing Animal Gang: The Amsterdam Adventure

The hilarious and action-packed middle grade adventure from beloved comedian and bestselling author Paul O’Grady. Unbeknownst to anyone, somewhat-unhappy and never-quite-fitting in 10-year-old Eddie Albert can speak to animals, including his pet dog Butch, his hamster and his two goldfish (who claim they were once pirates). But when Eddie is sent to stay with his eccentric aunt in Amsterdam, he discovers that she too has this gift… So begins a breathless cosmopolitan comic crime adventure, as Eddie, Aunt Budge, his new friend Flo and a whole gang of amazing animals take on the most-dastardly villain Amsterdam has ever seen, in a desperate race against time to save one of their own. Eddie Albert is a technicolour cinematic adventure packed full of friendship, animals, action… and always, of course, a wicked sense of humour 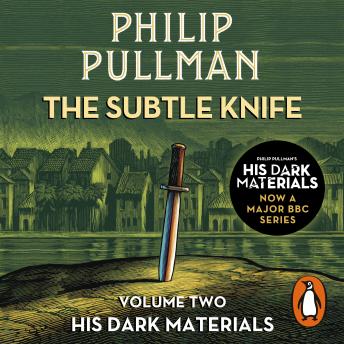 The Subtle Knife: His Dark Materials 2

Brought to you by Penguin. From the world of Philip Pullman's His Dark Materials - now a major critically acclaimed BBC series. She had asked: What is he? A friend or an enemy? The alethiometer answered: He is a murderer. When she saw the answer, she relaxed at once. Lyra finds herself in a shimmering, haunted otherworld - Cittàgazze, where soul-eating Spectres stalk the streets and wingbeats of distant angels sound against the sky. But she is not without allies: twelve-year-old Will Parry, fleeing for his life after taking another's, has also stumbled into this strange new realm. On a perilous journey from world to world, Lyra and Will uncover a deadly secret: an object of extraordinary and devastating power. And with every step, they move closer to an even greater threat - and the shattering truth of their own destiny. Read by Philip Pullman and a full cast of narrators. © Philip Pullman 1997 (P) Penguin Audio 2021