Heart-warming, hilarious story Danny Chung Does Not Do Maths named the outstanding debut novel for children 2022 at Branford Boase Awards 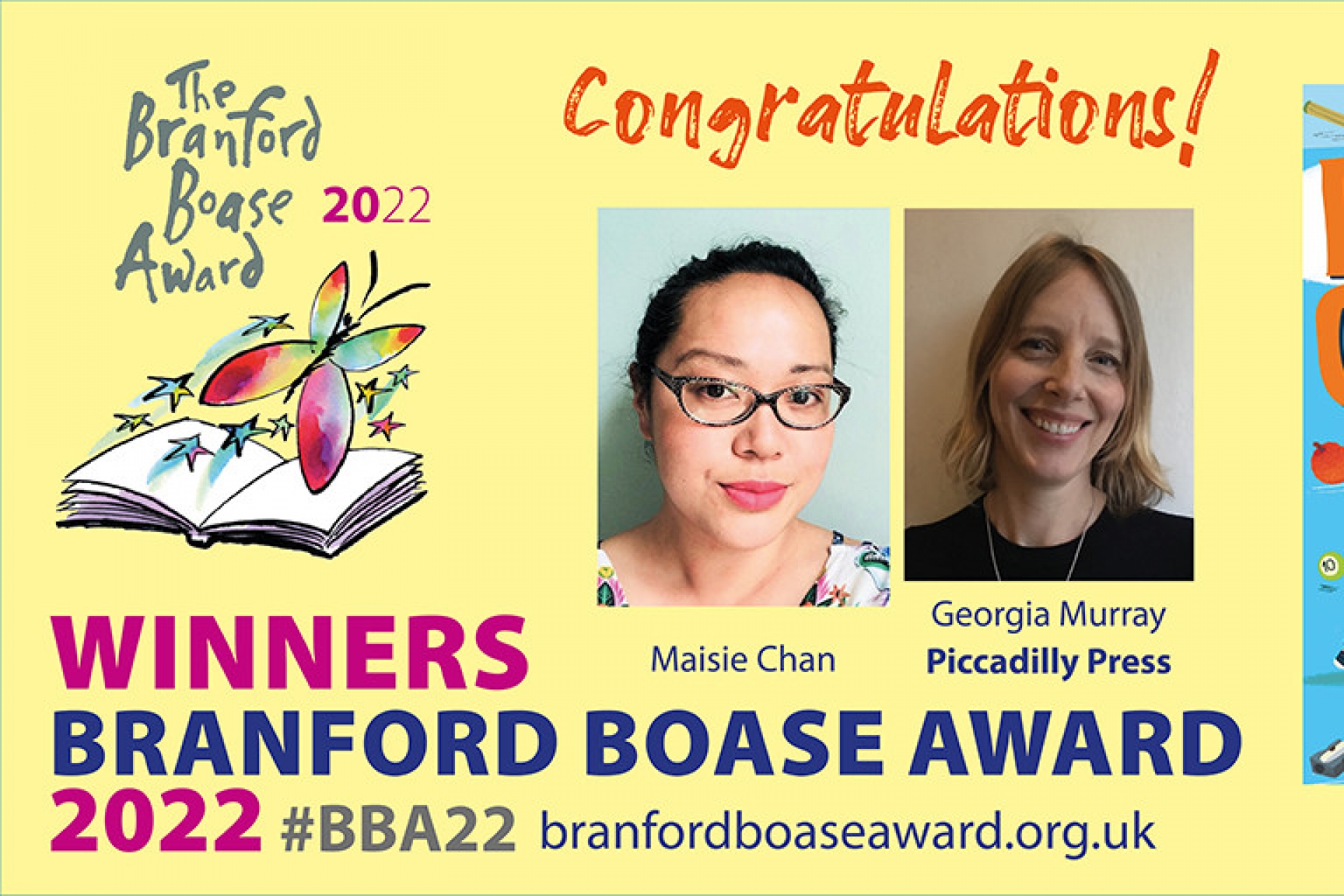 Maisie Chan and her editor Georgia Murray of Piccadilly Press win the 2022 Branford Boase awarded to the author and editor of the outstanding debut novel for children. 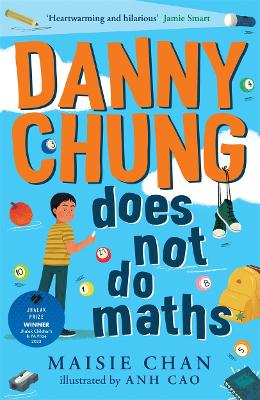 The winning book counters stereotypes head-on but with a lightness of touch. The comic, family story is about an 11-year-old whose life is turned upside down by his growing friendship with his grandmother, newly arrived from China.

Founded in 2000, the Branford Boase Award was set up in memory of award-winning author Henrietta Branford and her editor Wendy Boase of Walker Books, who both died in 1999, and is unique in honouring editor as well as author. It is regarded as one of the most important awards in children’s books and has an impressive record in picking out star authors at the start of their careers.

The shortlist for the 2022 Branford Boase Award is abundantly inclusive, with diverse authors and protagonists, eight freshly told stories which reflect the writers’ understanding of the needs of today’s readers and the certainty of authors and publishers that those readers want to read outside their own experiences. The judges, who include 2021 winner of the Branford Boase Award, author of Orphans of The Tide Struan Murray, describe themselves as inspired by all the books they shortlisted, highlighting in particular Natasha Bowen’s young adult mermaid fantasy Skin of the Sea, for its ambition and achievements. They were however unanimous in choosing Danny Chung Does Not Do Maths as winner praising the way it challenges racist stereotypes head-on and conveys the unexpected joy of intergenerational love while remaining full of humour and the kind of silliness children love.

Struan Murray, author of Orphans of the Tide and winner of the 2021 Branford Boase Award winner says of Danny Chung Does Not Do Maths, “Our shortlist was extremely strong and each of the books featured is exceptional in some way, but Danny Chung Does Not Do Maths stands out. It is warm-hearted, funny and brims with real emotion, painting a vivid picture of the trials and joys of growing up. The character of Nai Nai in particular is a triumph; though we rarely hear her speak, Maisie Chan succeeds in giving us an unforgettable character we can’t help but love.”

Danny struggles to convince his teachers, classmates and parents that art rather than maths is his thing. Maisie Chan says that while her book is not about racism, “I didn't want to ignore that British Chinese children and all children of colour experience assumptions about them and are often seen as other;. I think the character of Danny helps to break down stereotypes as he'ss not like the Chinese boys you often see in books. They're the sidekicks, geeky, or not very creative, they wear glasses, they don't speak up. But Danny learns to speak up for himself. To me, he’s just a regular boy and I think simply having him be like that is an act of rebellion.”

On winning the Branford Boase Award, she says, “Winning the Branford Boase Award is amazing! I'm super happy for myself, but more so for my wonderful editor Georgia Murray from Piccadilly Press because she deserves recognition for helping to make Danny Chung Does Not Do Maths into the book that it became. I owe her a great  deal. Thank you so much to the judges, I'm thrilled!”

Georgia Murray said: “I loved Maisie’s writing straight away – it’s fresh and funny and felt so grounded in real worlds, people and experiences. The dialogue sparkled. But I also loved Maisie’s astute and honest portrayal of her protagonist and his dilemmas straight off. And a protagonist who we just don’t see enough in children’s books – a young British-Chinese boy. It was a privilege to work with her and it’s a privilege to share the Branford Boase Award with her.”

Alongside Struan Murray, author and winner of the 2021 Branford Boase Award the judges are critic Imogen Russell Williams; Farrah Serroukh, Research and Development Director CLPE; and Sonia Thompson, Head Teacher at St Matthew’s C.E. Primary School, Birmingham. The judging panel is chaired by Julia Eccleshare, children's director of the Hay Festival and one of the co-founders of the Branford Boase Award.

Julia Eccleshare says, “The Branford Boase Award stands out amongst prizes not just because it acknowledges both author and editor, but for the way it highlights exciting new directions for children’s literature. The authors and editors on our shortlist will shape children’s reading in the years and decades ahead. Congratulations to them all, we are very excited to see what they write next.”

The 2022 winners of the Branford Boase Award were announced by Struan Murray on Thursday 14 July at a ceremony at CLPE, Webber Street, London SE1 8QW. Maisie Chan receives a cheque for £1,000 and Maisie and Georgia both receive engraved trophies.

The Branford Boase Award is supported by Walker Books.