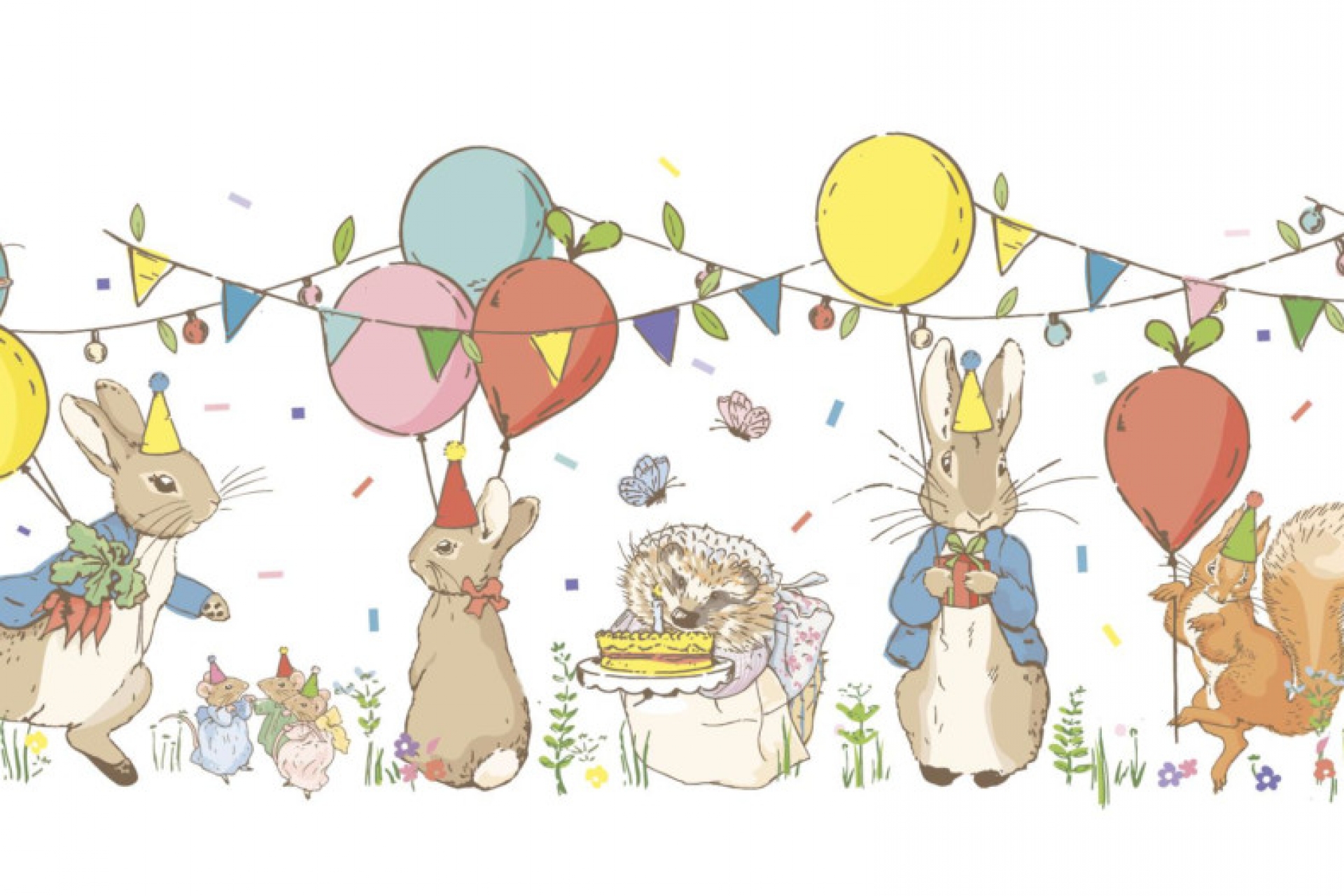 The Tale of Peter Rabbit by Beatrix Potter was first published in 1902 and since then the cheeky little rabbit has gone on to win the hearts of millions of families around the world.

The original Tale has sold over 46 million copies globally and has been published in 48 languages including Braille and Hieroglyphics.

The mischievous Peter Rabbit has captivated generations of children with his antics in Mr. McGregor’s garden and so Penguin Random House Children’s will be celebrating Peter’s 120th birthday with a suitably adventurous, fun-filled campaign, creating a wealth of opportunities for families to party with Peter throughout 2022.

To mark this special year, Frederick Warne & Co, Beatrix Potter’s original publisher and an imprint of Penguin Random House Children’s, are delighted to be celebrating with a range of commemorative publishing throughout 2022.

This includes a beautiful picture book edition of The Tale of Peter Rabbit, featuring Beatrix Potter’s original text and iconic illustrations. Never before published in this format, this new edition will be perfect for families to share together, helping new readers discover Peter at his most adventurous, cheekiest and lovable, as he wriggles into Mr. McGregor's garden - and into reader's hearts.

The Tale of Peter Rabbit will be released in picture book format in March 2022 and will be supported with a creative Marketing and Publicity campaign - including a Welcome to the World initiative that will gift 120 copies of this iconic tale to new families across the country.

Peter Rabbit’s role as children’s ambassador for the Queen’s Green Canopy will see Peter supporting tree planting initiatives throughout the year whilst celebratory Picnics for Peter will take place during the summer at locations throughout the UK.

Penguin Ventures has also confirmed a programme of experiential activations in the UK offering families immersive events throughout the year. A brand new Peter Rabbit Story Time Trail will launch in March and tour libraries and gallery spaces across the country, with venues booked up until July 2023 offering little ones the chance to step into The Tale of Peter Rabbit.

In addition Happy Birthday Peter Rabbit, a brand new stage production will be launching at the World of Beatrix Potter Attraction in the Lake District next summer. The show encompasses music, puppetry and live action 'offering audiences an exciting and memorable theatrical experience.