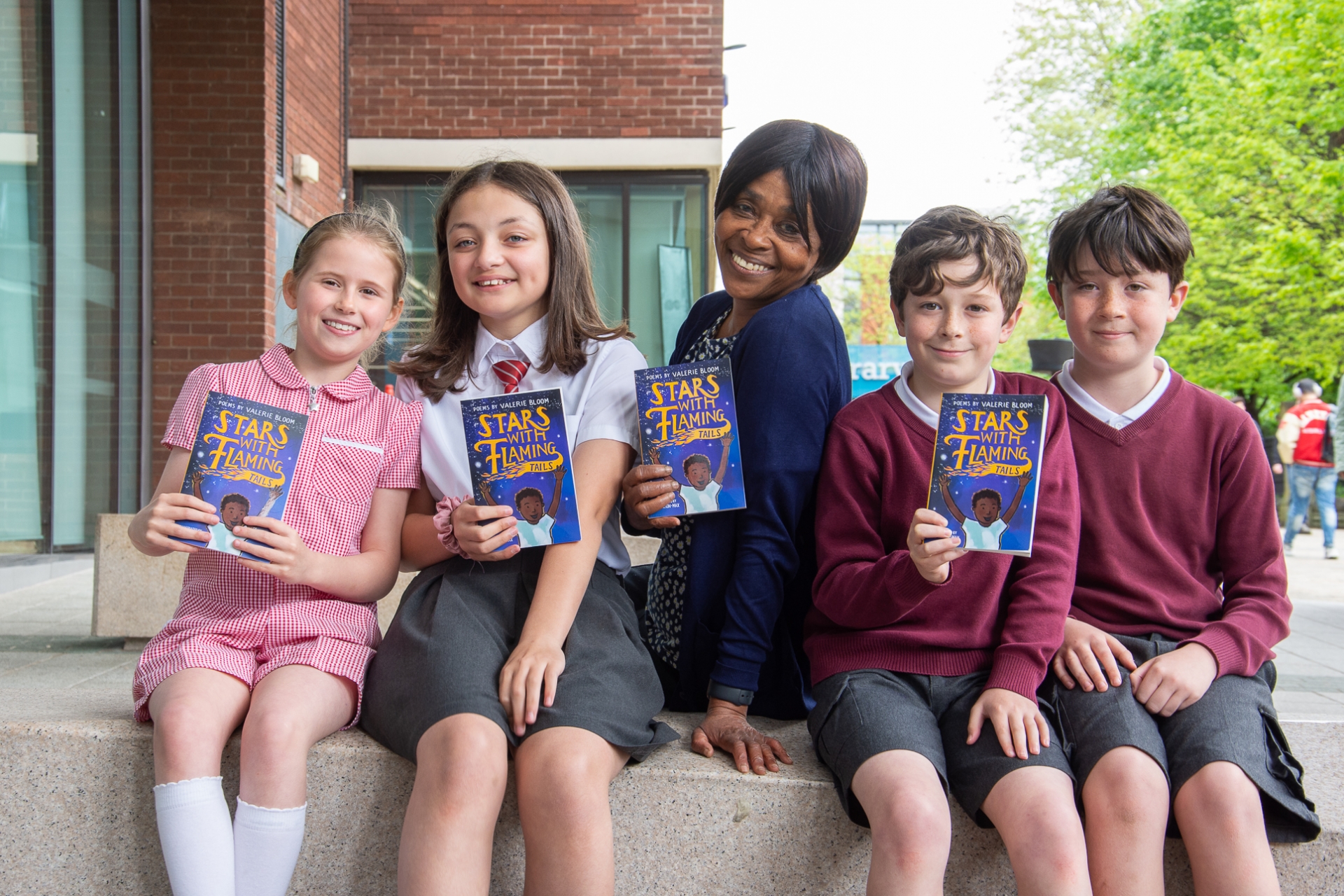 Valerie Bloom has been announced winner of the 2022 CLiPPA (CLPE Children’s Poetry Prize), the UK’s leading prize for published poetry for children. She won with her collection Stars with Flaming Tails, which the judges described as ‘like a passport to the whole world, and beyond. This is poetry that can go anywhere, from the personal to the planetary, the surreal to the scientific, with its invitation to us all to look, and to laugh, to listen to our feelings, and to think.’ 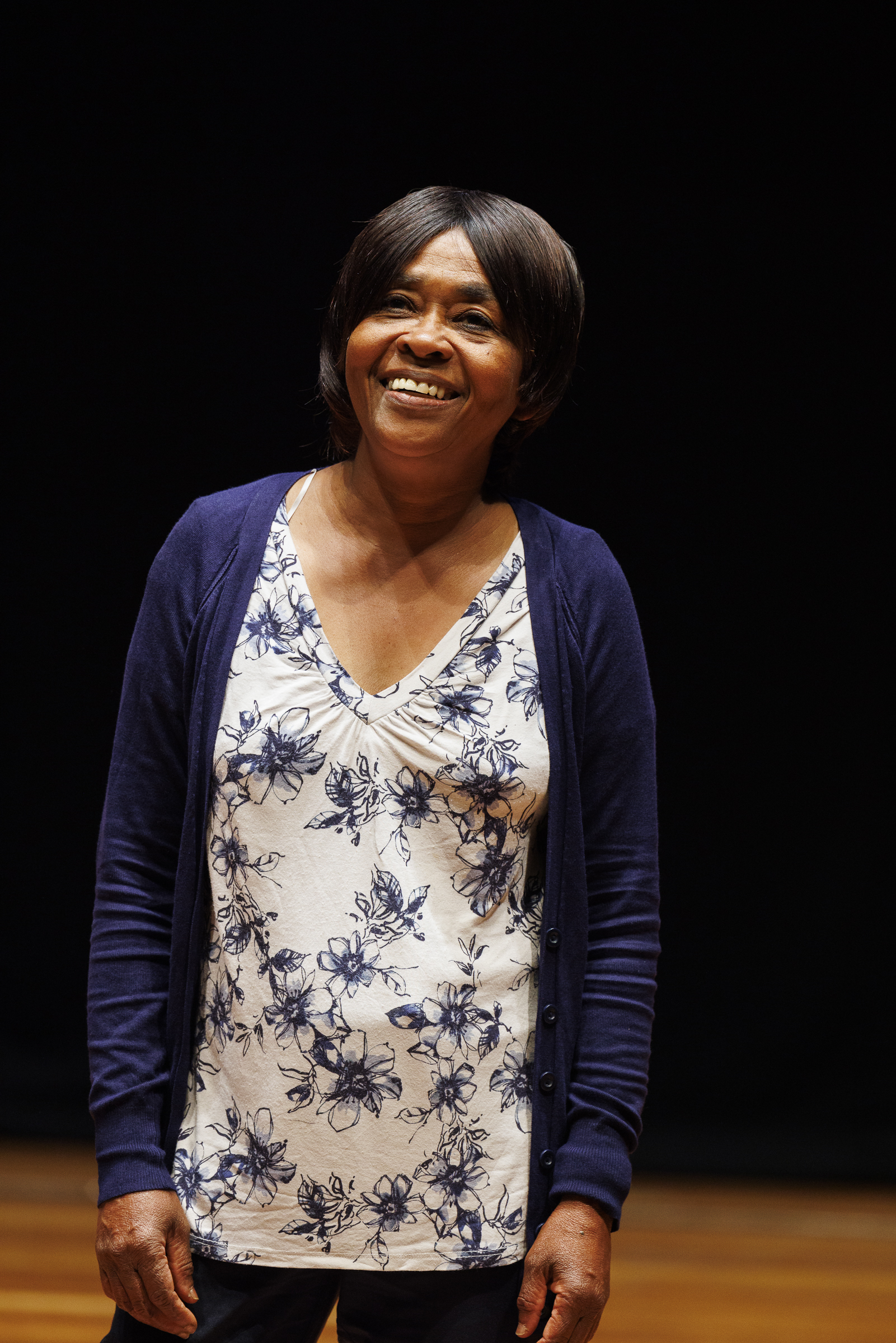 Valerie, welcome to LoveReading4Kids. How did you feel when you heard Michael Rosen announce you as winner of the CLiPPA?

Astonished, shocked, dazed and so honoured!

How did Stars with Flaming Tails come about? Is there a poem that came first in the collection?

I was asked by Janetta at Otter-Barry Books if I would do a collection for them. Knowing her reputation for producing fantastic books for children, of course I said yes. I had some poems which I’d already written but not published, so it was just a matter of writing some more to make up the collection. I’m often asked by teachers if I have a poem dealing with certain subjects and sometimes I do, but it’s usually a chore finding it because I can never remember which collection some poems are in. I thought if I put the poems into different sections, it would be easier for everyone to find a particular poem.

The poem that was written first is The Zimbats in the ‘Unbelievable’ section. That was written a long time ago but I hadn’t done anything with it because I wasn’t sure why I’d written it. It’s only lately, as there is so much attention given to the way we squander our resources, and the talk of space travel that suddenly the nonsense made sense.

Purple and orange and free,

Their hearts were in the right place,

But there was only a space where their brains should be.

Only a space where their brans should be.

They came in droves from the hills, they came,

Looking for something to eat,

Some fruit or veg if they could find,

Or a tasty piece of meat,

For in their land they’d nothing left,

Except one grain of wheat.

When did you first discover poetry, and when did you think you might want to be a poet yourself?

I grew up listening to poetry. My mother and grandmother were always reciting poems around the home. The poetry of the Bible played a big part in our lives. As children we memorised the psalms and other sections and recited them at family worship morning and evening. It was great practice for memorising my own poems later.

But although I knew from an early age that I wanted to be a writer, and although I was writing poems as soon as I could write, I never thought I wanted to be a poet. My dream was to be a novelist. When my first poem, written when I was about twelve was published in the National Newspaper I still didn’t think “I want to be a poet”. Later, however, when another poem won a medal in the National Festival and I saw school children reciting and winning gold medals with it in the Festival, I thought it might be fun to write some more. That was the beginning.

What do you enjoy most about writing poetry, what is most satisfying and rewarding about it?

I enjoy playing with words; the freedom to say almost anything almost anyhow; the fact that so much emotion, thoughts and feelings, can be packaged in so few words.

For me, the most satisfying, most rewarding aspect of writing poetry is sharing it with others and seeing the enjoyment they get from sharing a poem with me

Why is poetry so important for children?

Poetry is incredibly important for children. It positively impacts them in so many ways, including allowing children to play with language, developing their memory, encouraging them to look at things from different angles to helping with emotional and social development, encouraging self-expression and creative thinking, improving reading and writing skills…

What’s the best way to introduce children to poetry do you think?

Read poems to them. Let them listen to recorded poems. Bedtime stories can be poems. Some children may not have the opportunity to share poems at home so it’s important that they are given the experience in school. Invite poets into schools so children can interact with writers. No child should be deprived of the joy of poetry. 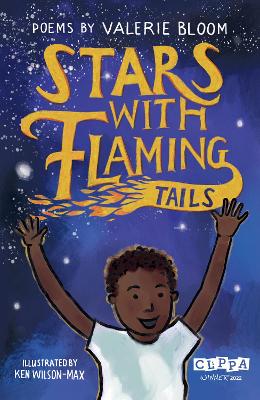 Stars with Flaming Tails is published by Otter-Barry Books, and available to buy now with LoveReading4Kids here.

10% off RRP, plus 25% of the cover price can be donated to a school of your choice. Because books change lives.