Seven Days by Eve Ainsworth - the story behind the book

I’ve honestly always wanted to write a book about bullying. I think it’s something that so many individuals experience and the repercussions can be life changing.

Part of the problem is the isolation and stigma that it still causes. No-one chooses to be bullied - and if it happens, the victim can often feel too ashamed to talk about it. They blame themselves, internalise their worries and fears. Meanwhile the bully has latched onto something that makes them feel in control. Rather like a spider entrapping its fly, the bully almost seems to enjoy watching someone else suffer. It can become a performance, a show if you like. Look at me making you look worthless. At least I’m not like you…

But we understand why spiders make their webs, that’s nature. What is more interesting and perhaps more important is exploring what can make a person chose to bully another.

There is little doubt that bullying is a worldwide problem. It corrodes our schools and beyond. When you look at figures such as 45,000 children calling Childline last year about bullying alone (source, NSPCC website) it is quite alarming. You can’t always escape the nasty comments, the abuse. Even in the safety of your own home, it can continue online. Victims are truly trapped in the bully’s web – and from that, it is hard to escape.

Working in a school environment, I was exposed to different bullying stories on a daily basis – some more severe than others. I would sit and listen as student after student poured out their stories. Some were terrified and would speak in hushed tones, paranoid that just uttering their experiences would mean even more grief. Some would show me their phones, point out the messages that had been sent to them or about them. Others would be angry, would want to fight back. Sometimes they did and got into trouble themselves. One boy refused to speak at all, too frightened after experiencing extreme homo-phobic abuse online.

Speaking to the perpetrators was a mixed experience. Some would sob with remorse. Some had been drawn into it, encouraged by their peers. Others would look at you blankly and state that the target ‘got what they deserved’, to them this was natural state of things, survival of the fittest. I would see the impact of physical attacks, the slapped cheeks, the pulled hair – the fights outside school. I would see the emotional impact, the simple words that could tear through a person like a blade and leave them a crumpled wreck. I would also see the physiological damage – the shredded confidence, the isolation, the self-harm, the school refusing.

Hearing these stories was difficult but common themes developed. The target would always feel alone, confused and scared to speak up. But in many cases, the bully would be indignant, stubborn, frustrated by a weakness that they saw in the other. Often, I could identify what led to a particular student becoming a bully, I could see pressures (both internal and external) that they were being exposed to a daily basis and could begin to understand why someone might chose to exert their frustrations on someone else. I met angry young carers, victims of domestic abuse, girls in controlling/abusive relationships, students with underlying self-confidence issues, all of them terrorising someone else, somebody more vulnerable in their eyes.

In Seven Days there are two victims. Jess is clearly the bullied one. She is struggling with many issues such as low self-confidence and negative body image. Her father is estranged from her and she misses him. She feels vulnerable. In many ways she is an easy target. Kez, on the other hand, appears to ‘have it all’, she is popular and pretty, she presents herself as self-assured and in control. But behind closed doors, Kez is battling to keep herself on track. In many ways, Kez is the real victim.

I believe that Seven Days would be a very inspiring book for any reader that has experienced bullying, or indeed been a bully themselves. The book is not looking to judge, it is simply providing a message that there are often two sides to every story. I also hope it will help anyone who has experienced bullying to have something to identify with, but also to see that they are not weak, or pathetic just because they have been targeted. Perhaps someone else will read my book and recognise their own negative behaviours. Perhaps they can question why they are doing it and seek the help that they need.

In Seven Days I wanted to keep the message alive. Bullying is a real, on-going issue. It takes many forms, and it’s life-changing.

There can also be more than one victim. 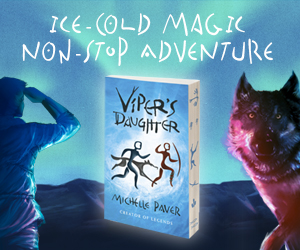