How to Fight a Dragon's Fury

LoveReading View on How to Fight a Dragon's Fury

This is the twelfth book in Cressida Cowell’s How to Train Your Dragon series and she brings it to a tremendous and fitting finale. The fate of the dragon world lies in the hands of her hero, the mild and frankly geeky Hiccup Horrendous Haddock III: to avert the destruction of the dragons, Hiccup has to defeat Alvin the Terrible. As ever, the trials Hiccup faces will call for all of his physical, mental and moral strength. This series is a real classic of modern children’s literature; full of excitement, it’s the kind of adventure that has children walking taller. It’s brilliantly written and brilliantly illustrated too. Fans will find this book gives them everything they want for Hiccup and the dragons. If your children haven’t yet discovered Hiccup, start them with book one forthwith.

How to Fight a Dragon's Fury Synopsis

Dragons vs Humans: can Hiccup save the dragons? Find out in the EPIC finale to the How to Train Your Dragon series. It is the Doomsday of Yule. At the end of this day, either the humans or the dragons will face extinction. Alvin the Treacherous is about to be crowned the King of the Wilderwest on the island of Tomorrow. His reign of terror will begin with the destruction of dragons everywhere. The fate of the dragon world lies in the hands of one young boy as he stands on the nearby isle of Hero's End with nothing to show, but everything to fight for. Hiccup Horrendous Haddock the Third's Quest is clear. First he must defeat the Dragon Guardians of Tomorrow and prove that he is in fact the rightful king, even though Hiccup has none of the King's Things and Alvin the Treacherous has all ten of them. And then he faces his final battle: Hiccup must fight the Dragon Furious and end the Rebellion ...ALONE. As Doomsday draws to an end can Hiccup be the Hero of the hour? Will the dragons survive? How to Train Your Dragon is now a major DreamWorks franchise.

How to Train Your Dragon 3 is scheduled for 2017 starring Cate Blanchett and Jonah Hill and the TV series, Defenders of Berk, can be seen on CBBC and Netflix.

Check out the brilliant website at www.howtotrainyourdragonbooks.com It's the place to go for games, downloads, activities and sneak peeks!

How to Fight a Dragon's Fury Press Reviews

'There is a deep humanity to the novel's resolution, which understands that endings are not really endings at all, and that life contains a mixture of the good, the evil and the just plain ordinary. The best children's books make the world magical. As every child looks for Narnia in the back of a wardrobe, so I hope that, for years to come, children will see dragons all around them. How to fight a dragon's fury is a resounding finale, full of fire and smoke, love, honour and old fashioned thrills. It's a triumph.' -- Philip Womack The Daily Telegraph 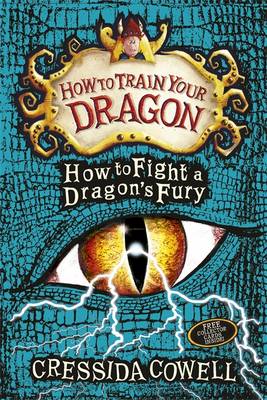 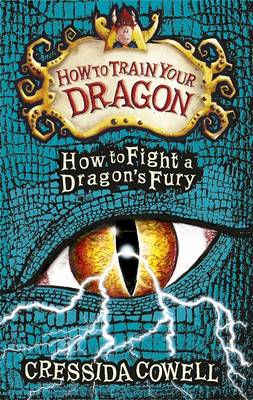