'Once upon a time there was a boy, and they called him Mouse . . . ' That is how the story began when I told it to myself in the long darkness. Of course, it wasn't the whole story, but back then I knew nothing, almost nothing at all . . . Mouse is unaware of his privileged background: of Epton Towers, the luxurious home in which he was born, and its magnificent surrounding grounds. Instead he lives a happy and carefree life with Hanny and Isaac on Roseberry Farm - until one day when the evil Mr Button threatens Hanny and Isaac and takes Mouse away. Mr Button installs Mouse at grim Murkstone Hall, a school that lives and breathes terror. Can Mouse escape and find his way to his true family again? A brilliantly evoked tale full of memorable characters, including Nick Tick, the tiny but clever clockmaker, Aunt Indigo and Aunt Violet, two strong-minded seamstresses and washerwomen, and Charlie Punch and his amazing dog Toby. These warm-hearted and generous characters see the plight of Mouse and each in their own way help him towards his destiny. But will they be enough to upset the continual scheming of the villainous Mr Button?

'A Dickensian tale where the evil of the villains is only equalled in volume by the generosity of the various benefactors young Mouse meets after running away from an appalling 19th-century boarding school. His final refuge, a crumbling London theatre, is vividly brought to life in a narrative that never flags' * Independent * 'Penny Dolan unfolds a story that will have her audience captivated from the intriguing cast list that precedes Chapter One to the bittersweet epilogue . . . This is a true page-turner - clearly influenced by the timeless storytelling of Charles Dickens and Charlotte Bronte, but still very much an original in its own right' * Primary Times * 'A unique and extraordinary book; an old fashioned Dickensian story presented in a very comprehensive, hugely entertaining and delightful way, it will keep the readers hooked until the last page' * The School Librarian *

Penny Dolan is well known for a host of books for younger readers. This is her first novel for older readers. Penny lives in Harrogate, North Yorkshire. 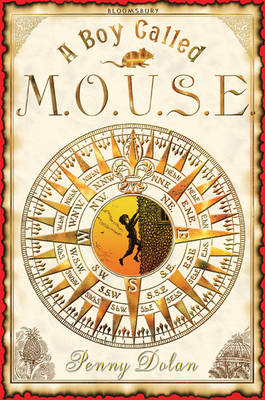 View All Books By Penny Dolan