Mary Noel Streatfeild OBE (December 24, 1895–September 11, 1986), known as Noel Streatfeild, was an author, most famous for her talent of writing children's books including Ballet Shoes (1936). She was born in Sussex, England, the second of three daughters of a local vicar. Her life is described in three semi-autobiographical novels: A Vicarage Family, Away from the Vicarage and Beyond the Vicarage. Noel was considered the "plain" sister in her family, but she shone in performances with her sisters for charity. Upon reaching adulthood she sought a career in theatre, and gained ten years of experience as an actress, working for the Charles Doran and Arthur Bourchier companies. Her familiarity with the stage was the basis for many of her popular books for children, which are often about children struggling with careers in the arts.

In 1969 London Weekend Television produced a six-episode serial of "The Growing Summer", with Wendy Hiller as Aunt Dymphna. It was filmed in Bantry (Bantry House), in Ahakista and near Kilcrohane on the Sheep's Head Peninsula.

Noel Streatfeild was appointed an Officer of the Order of the British Empire (OBE) in 1983.

When the Siren Wailed 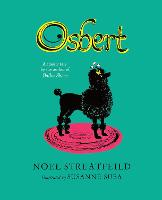 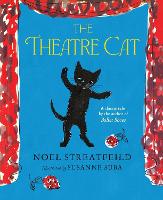 Christmas with the Chrystals & Other Stories