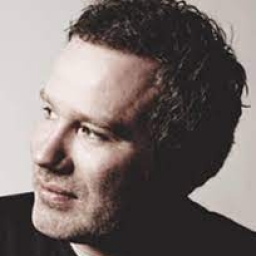 Nick Lake is the critically-acclaimed author of many YA novels. His books have won several prizes including the Michael L. Printz Award, and have been shortlisted three times for the Carnegie Medal - most recently for his novel Nowhere on Earth. Nick is also the Fiction Publisher at HarperCollins Children’s Books. He lives with his family in Oxfordshire, in a very old house protected by magical symbols..

Previous occupations:  Student, and then book editor. Which I still am.

Favourite job:  Being a book editor. No one told me at school that there was a job where you got paid for being a fan of writers and writing.

High school and/or college:  I went to High School in Luxembourg, and I went to Oxford University after that for a degree and then a fairly pointless masters. In phonetics, of all things.

Name of your favourite composer or music artist?  The Pixies.

Favourite movie:  I usually lie and go for something clever like Vertigo. But really it's True Romance.

How would you describe your life in only 8 words?  I would use the word "busy" eight times.

What is your motto or maxim?   To paraphrase the existentialists - life is what you make it. Which amounts to a practical kind of karma, I suppose.

How would you describe perfect happiness?  A fire, a good chair and a new Stephen King book. Or the moment the soundchecks finish and the band take to the stage. Or sunset on the mountains, with weary feet, and the lights of a pub ahead. Or the sound of a breakbeat. Or a very sweet tea, anywhere in the Middle East, at any time of day.

What’s your greatest fear?   Not being good.

Which living person do you most admire?  Haruki Murakami. Stephen King. Anyone who works for Medecins sans Frontieres or Amnesty International.

What are your most overused words or phrases?   "Apparently".

If you could acquire any talent, what would it be?  The abillity to play a musical instrument well. Also, the ability to speak all languages fluently.

What is your greatest achievement?   Meeting my wife.

If you could be any person or thing, who or what would it be?  I wouldn't mind being Simon Cowell. I could make The X-Factor go away. Not to mention R&B flavoured pop music.

What trait is most noticeable about you?   I have no idea. My hair? It's usually quite big, because I keep forgetting to have it cut. I look like the freakish son of Tom Hanks and David Hasselhoff.

Who is your favourite fictional hero?   Sally Lockhart.

Who is your favourite fictional villain?   Steerpike. (Also hero.)

If you could meet any historical character, who would it be and what would you say to him or her?  I'd like to meet Shakespeare and I'd ask him how to write better.

What is your favourite occupation, when you’re not writing?  Reading? Actually probably sleeping, to be honest.

What 3 personal qualities are most important to you?
Compassion. Empathy. Humour.

If you could eat only one thing for the rest of your days, what would it be?  Chocolate, in any form.

What are your 5 favourite songs?  Hmmm. "Beat It"; "Here, There and Everywhere" by the Beatles; "U-Mass" by the Pixies; "Heartbeat" by Annie and "Etched Headplate" by Burial

On Books and Writing:

What are your 5 favourite books of all time?   Tough one. I guess... Middlemarch; Coraline; For Whom the Bell Tolls; the collected works of Shakespeare... and Little, Big, by John Crowley - the single most unfairly overlooked, beautiful, miraculous and magical book I know.

Do you have one sentence of advice for new writers?  I wouldn't presume to think of myself as someone anyone might look to for advice! But I suppose I'd tell them to read as much as possible, in as many genres as possible.

What comment do you hear most often from your readers?
"You're very... imaginative aren't you." I think they mean I'm strange.

Nick Lake introduces There Will Be Lies: https://www.youtube.com/watch?v=SHahGI6t5Qk 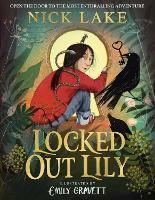 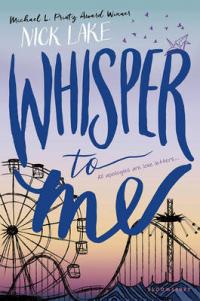