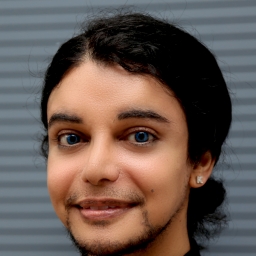 Muhammad Khan is an engineer, a secondary-school maths teacher and YA author. His critically acclaimed debut novel I Am Thunder was shortlisted for numerous awards including the Great Read Award and TSBA Book Awards, among others making him a promising voice in the YA fiction world. He lives in South London and is studying for an MA in Creative Writing at St Mary’s.

On winning the prestigious Branford Boase Award 2019 for his outstanding debut he said;

‘I am stunned, humbled and thrilled to learn that I am Thunder has won the Branford Boase Award. To do so in its glorious 20th year is completely mindboggling! Just to be shortlisted among such a talented bunch of authors with incredible debut novels was exciting enough.’

He thanked his editor Lucy Pearse: ‘Every writer owes a huge debt of gratitude to their editor – more so debuts. Our editors work tirelessly to correct our rookie mistakes, incoherent plots, cardboard characters, and continuity errors. No mean feat! Sharing the experience of bringing I am Thunder to publication with Lucy Pearse has been an unforgettable privilege. I’m not going to lie: it was also extremely exhausting; involved copious re-writes, tight deadlines and the unsung pressures of being a full time maths teacher. She not only understood Muzna - this character I was just as fiercely protective of as any of my real-life students - but she knew exactly how to present her to the world. Lucy is one of the bravest, kindest and most talented people I have ever met and sharing this award with her is so special.’
He added: ‘Over the last several years, Muslims have had more than our fair share of struggles. We’ve had to deal with the spectre of 9/11, ISIS spreading a false version of Islam, the notorious ‘Kill a Muslim Day’, Islamophobic attacks both on individuals and mosques, discussions centred on what we can and can’t wear, misrepresentation in the media and exclusion from conversations about us. I am a Muslim author writing about Muslims and depicting the plurality that is our reality. That I am the first writer of colour to win the prestigious Branford Boase Award gives me tremendous hope for the future.’