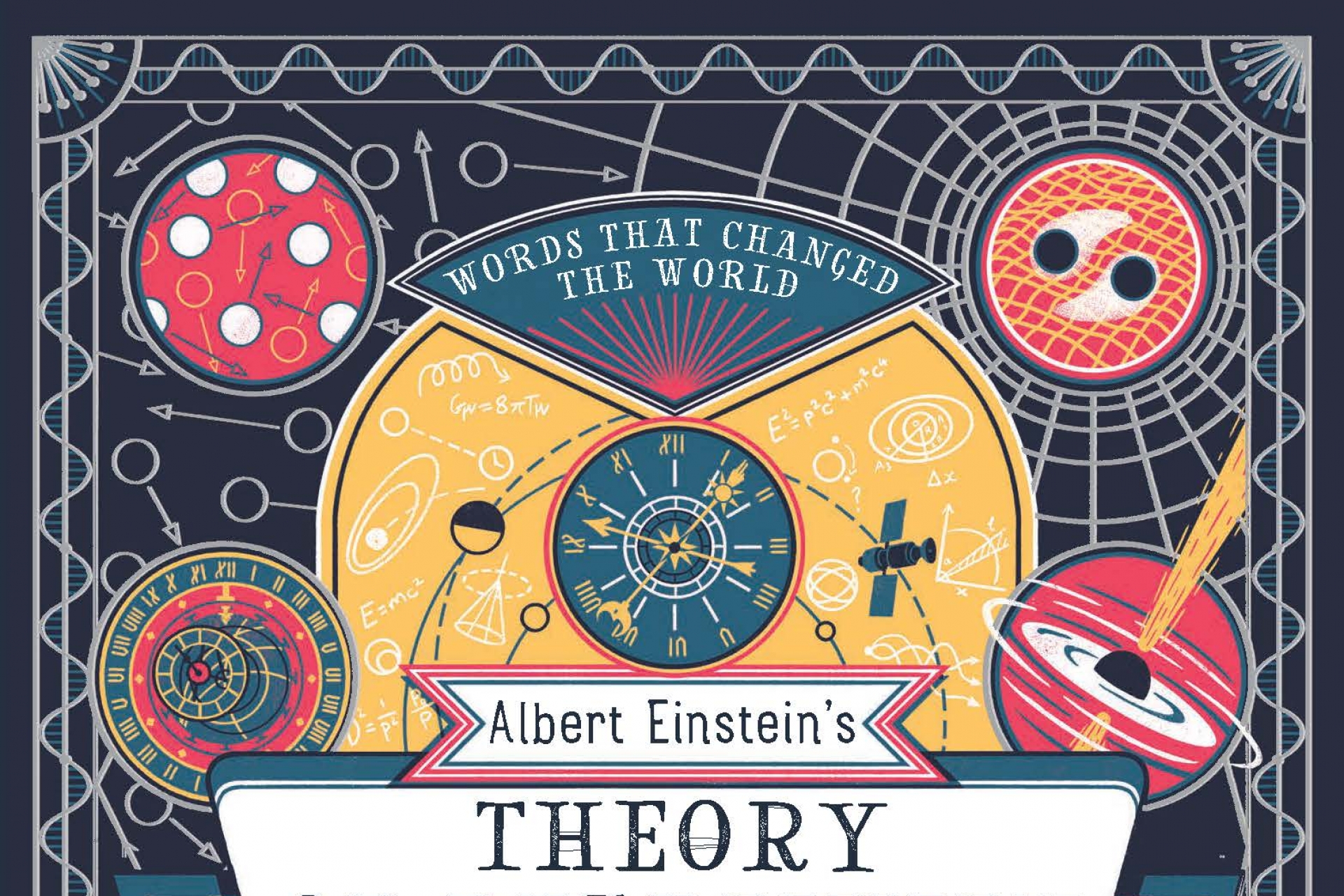 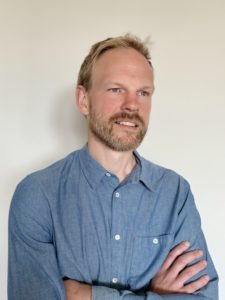 Albert Einstein's Theory of Relativity is our November Non-Fiction Book of the Month and deserves a place on every classroom and bedroom bookshelf. Find out more about the author, Carl Wilkinson, as we grabbed five minutes for a Q&A...

Albert Einstein's Theory of Relativity is your first foray into children's writing - have you found it a challenge?

Yes! I’ve worked as a journalist for 20 years, so I’m used to reading, condensing and explaining fairly complex ideas, but tackling Einstein’s Theory of Relativity and trying to make it accessible to children was a challenge. Thankfully, Einstein was very keen to explain his ideas to everyone - not just scientists and mathematicians - so his writing and the images and thought experiments he used to describe his discoveries really helped with structuring the book and combing the words with James Weston Lewis’ brilliant illustrations.

Is this the first in a series of books about scientists?

This is the first book in a series called Words that Changed the World. The next book, “Charles Darwin’s ‘On the Origin of Species’ ” by Anna Brett, sounds brilliant and is due to be published in February 2021 by Laurence King.

Did you enjoy STEM subjects when you were at school?

I’ve always been fascinated by how things work, why things happen and the way that science can help to answer the really big questions about the way the world is how it is. I enjoyed science and technology at school, and as a child I would tinker with bits of electrics and once even made my own electric motor with a length of wire, a cork, some pins and magnets - I think my aim was to build something that would open my bedroom curtains without me having to get out of bed! But I don’t think I really appreciated how what we were being taught at school connected with the real world and I went on to study English at university. Now, I love reading about science and scientists, learning about new discoveries and what might be possible in the future. 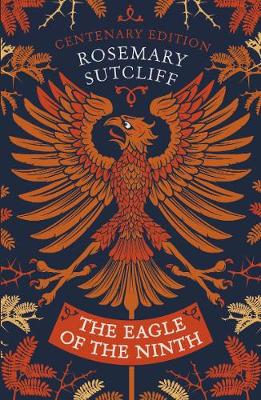 What sort of books did you enjoy reading when you were a child?

All sorts. I would go through phases, discovering a new series and then reading the lot whether it was The Hitchhiker’s Guide to the Galaxy or Tintin, Willard Price’s Adventure series or Rosemary Sutcliff’s historical fiction. My grandparents had a glass-fronted bookcase filled with old hardback books and every time we stayed, I’d discover something new: Secret Seven; Famous Five; Robert Louis Stevenson’s Treasure Island and Kidnapped; RM Ballantyne’s The Coral Island... I was slightly too old for Harry Potter when it came out - but it’s amazing to see my 7-year-old son discovering the same overwhelming pleasure I found in fiction at that age.

Any time for hobbies?

I have three young children, so I don’t have much time for hobbies at the moment - unless reading children’s books and answering lots of questions counts! But when I do have time, I like outdoor swimming and travelling.

Which invention or discovery, from any time in our history, do you think has been the most important? You can choose three...one is too difficult!

Wow! That’s a big question! I think the most important discovery has to be oil as a fuel, about 160 years ago. Following that discovery, the invention of the car and the airplane totally revolutionised the way we live our lives. They’ve shaped our towns and cities, opened up the world to more people, and made everywhere more accessible than ever before. But the burning of fossil fuels has also had a huge impact on our environment. So, I’m particularly excited to see what discoveries and inventions we can come up with in the near future to solve these problems.

Which event in history would you most like to have witnessed?

There are so many! If I had a time machine I’d love to see dinosaurs roaming the earth; walk through the giant redwood forests of north America before humans arrived on the continent; watch the construction of the pyramids in Egypt; see the Wright brothers take off for the first time and witness the moon landings. But I can be transported back to all these things quite well through books. What I’d really like to witness is a time in the far future when humans have worked out how to travel beyond our solar system and explore the universe.

Other than Albert Einstein of course, who is the genius you most greatly admire?

Leonardo da Vinci. As a child I had a book about his life and his work called The Inventions of Leonardo Da Vinci by Charles Gibbs-Smith that I was obsessed with. I used to copy his drawings of machines and strange inventions and try to work out how they could be built. Like Einstein, he was able to imagine and visualise really complex ideas that no one thought possible, and yet today - hundreds of years later - we take many of them for granted.

Music was central to Einstein's life - do you play an instrument and what sort of music do you enjoy listening to?

I’d love to say I’m an accomplished musician like Einstein was, but sadly not! I learned the cornet at school, but I was really not very good. I wish I’d learned the guitar and the piano, they always seemed much cooler; no one ever asks for a cornet solo at a party! 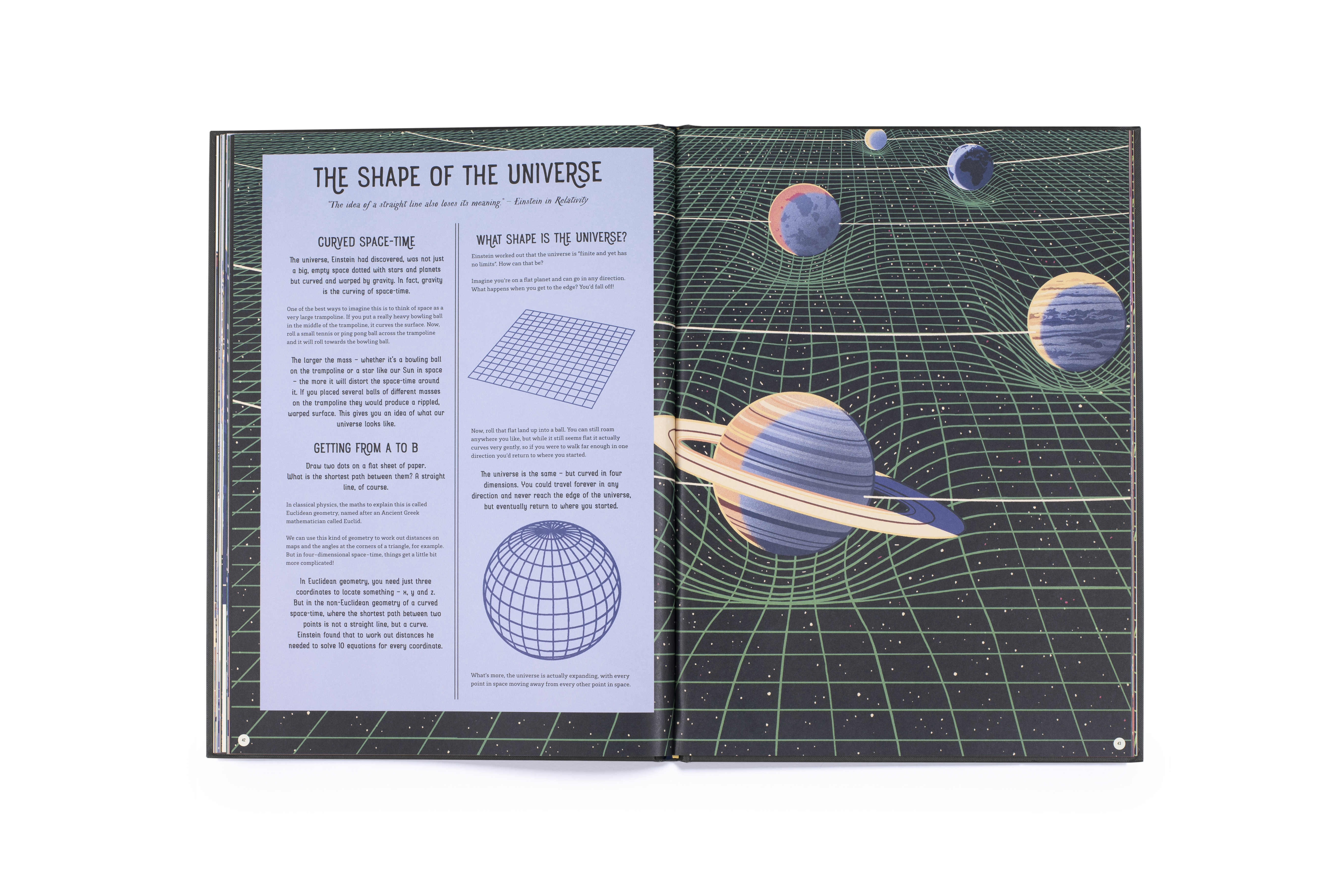 Do you think space travel will become more accessible...and is it something you would like to do?

I think space travel is already becoming more accessible - at least for billionaires - with private companies such as SpaceX taking astronauts to the space station and plans for space tourism. But it takes so much energy to escape Earth’s gravity that unless we discover a clean, cheap and abundant fuel, space travel is not going to be for everyone. I would love to experience zero gravity and walk on the moon, but I think the view from Earth on a clear night is pretty special.

Read our review of Albert Einstein's Theory of Relativity and download a fascinating timeline map of Einstein's life, his key discoveries and ideas for classroom activities. 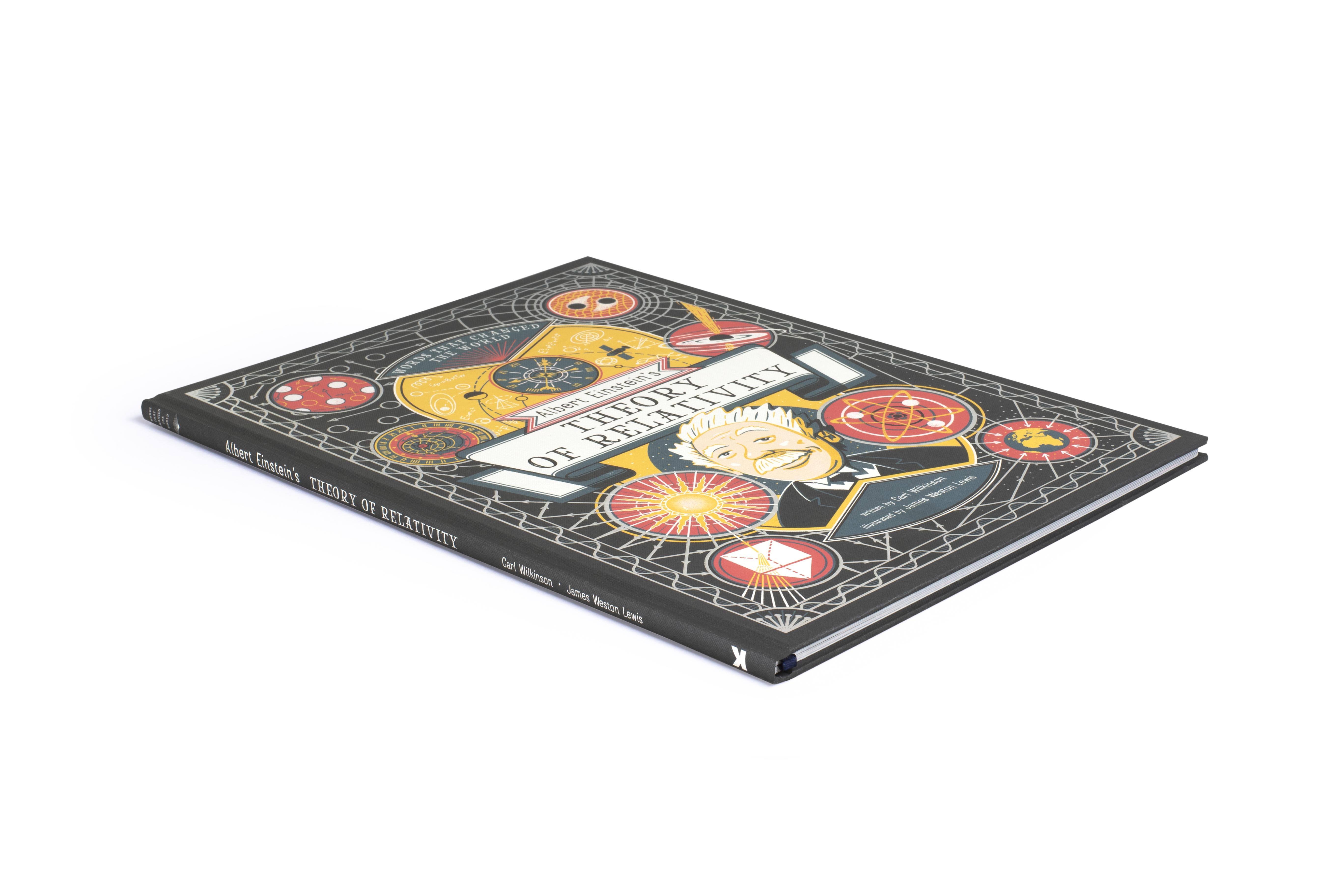 If you had a time machine would you go forward in time to see what the future holds?

Interesting and candid. Thank you. Pleased to see that he also had phases of reading different subjects and books!

I quite fancy this book for myself!

What a super idea for children to learn more stem subjects and have fun doing so!

I like it when an author's answer to what books he read as a child corresponds largely to mine; I feel as though a private bond has been created between us and I feel it as I read through the words he has written. It makes the entire experience of reading a book more intriguing.

I think that one of the most difficult things to do is to explain a complex theory so that a child can grasp the concept. I think that books like these are great for inspiring young minds!

Making science more accessible to children is a must in 2020. This fab book would be great for any school library.

sounds like a very interesting book for science minded children

Perfect for a curious grandson

Jacob would love this Book

This looks like an essential for every school library.

This is on my must read list. My son (8yrs old- space, science, history and reading mad. I’d like to read it too!!

This is so interesting- I am going to have to get this book for my classroom!

Such a great concept- my daughter would love this

Theory of Relativity for Kids - such a great idea!

Looks great for my grandchildren to read!

We are fascinated by Einstein so this looks really good!

Really looking forward to read this!

I also would love to be able to go back in time and see dinosaurs roaming the earth. This looks like a fabulous book, would love to share it with my grandchildren.

I'm looking forward to receiving our copy of this...just yesterday I noted my daughter's bookshelf can't fit any more books, but I think we will have to get another...oh and you've inspired me to take up an attempt to play guitar....thanks.

This book looks great for helping children understand some complex material. I can’t wait to read it and to see the rest of the series too!

What an interesting interview with someone who finds so much pleasure in learning new things. I'm really keen on getting the book for myself, and then pass it on to my nephew who is an avid reader and loves science..

My son is completely fascinated by Science, I'm definitely going to look at getting him this book. It's such a good idea to try to explain more complex theories to children.

I can't wait to read it if I wib

This sounds like an interesting book for both children and adults.

Will be checking this out! Brilliant!!!

Great book. Challenging science concepts are explained in achild friendlyt format. It enables children to access science and be fascinated even further.

Looks fab! I think both children and adults will love this.

My daughter loves learning about science, and it is so important for their development and futures to start learning science when they are young

I think the greatest invention over the last 1000 years is - hay. It allowed mankind to venture past our normal boundaries by allowing us to take fodder for our livestock with us on our travels

As a Physicist myself, this looks like a great Christmas present!

Sounds interesting for adults and children

I didn't think this would be the type of book I like but after reading this I really do. So, fingers crossed....

What a great idea for a series of books. This would make a great Christmas gift for a child interested in Science.

This looks great, this would be a great Christmas present for my daughter. she is interested already and this would help her understand it all in an easier way. she loves learning all the facts and theories, as she is home educated this would be great for us to explore.

My 11 year old grandson loves science especially physics. For him this would be the ultimate Christmas present. I’m hoping and keeping everything crossed that he keeps being interested.

It looks like a great way to get children more interested in the stem subjects, explaining the theories in an easy to understand way can make all the difference