August 2016 Book of the Month  | In a nutshell: ways to change the world    Joseph is not classic super-hero material: he’s asthmatic and rubbish at sports, bullied regularly and nicknamed Wilco because he always complies when someone demands he does their homework. Imagine his surprise and excitement therefore when he develops special powers including telekinesis.  Could this be his chance to get his own back on the bullies, impress the gorgeous Indira and even join super-heroes unlimited the Vigils? Well, yes and no. The story that follows is a sharply-observed comedy of teen life, with a serious undertone. Amongst the comic-book action Burstein shows what heroism - the kind that calls for real courage – really is, and reminds readers that heroes and villains too are often those we least expect them to be.  ~ Andrea Reece

A funny and frank superhero story set in the world of Othergirl. Joseph 'Wilco' Wilkes is one of life's losers - he's picked on, pushed around, and bullied by the rugby boys at the posh private school he attends on a scholarship. But his life is about to change: Wilco learns he can move things with his mind. Will this be his chance to play the hero, get the girl and finally stand up for himself? Or are things just going to come crashing down around his head? Becoming a proper hero will be quite the leap of faith...

'Burstein explores loyalty, common sense and growing up in a smart, confidence-boosting comedy for 11-plus girls that owes much to The Incredibles' Amanda Craig, New Statesman

'Othergirl is a blast. A great concept, the superhero's less overtly super best friend, and the story is so fun you hardly have time to breathe. A great book about friendship, being in the shadows, and being proud of who you are. Kapow!' -- Matt Haig

'One of my favourite reads this month. Such a brilliant concept... long overdue. Wise and warm story of friendship and self-belief and just the thing to recommend to fans of Geek Girl.' -- Fiona Noble Ones To Watch, The Bookseller

'Smart, geeky and hugely fun, this is a superhero story from the sidekick's perspective. Great stuff!' -- Robin Stevens, author of Murder Most Unladylike 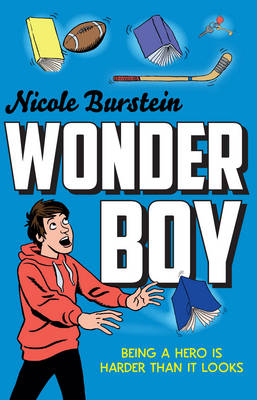 Nicole Burstein is a writer from North London. Over the years she's had lots of different jobs, including patrolling the Natural History Museum, presenting the traffic news on the radio, and demonstrating toys in Hamleys. Finally, she decided to focus on her passion for stories, and completed a Masters in Creative Writing at Birkbeck College whilst working as a children's bookseller. Among her other interests are comic books, nineties cartoon theme tunes, and cute pictures of animals wearing funny outfits. 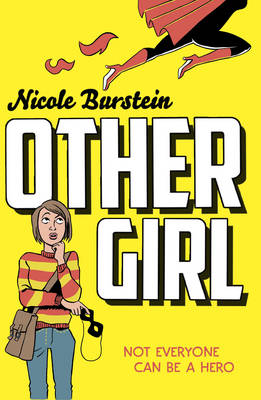 View All Books By Nicole Burstein