A story of kindness and the unexpected friendships that result from it, Mr Pegg’s Post will charm readers young and old.  Anna lives in a lighthouse by the edge of the sea with her mum and dad. It’s wild and lovely, but a bit lonely.  When Mr Pegg their seabird postman is injured in a storm, Anna volunteers to help him deliver the mail. It’s hard work but fun, and when Mr Pegg’s wing heals, and he can once again deliver the post on his own, she feels lonelier than ever.  Fortunately, the new friends she’s made on the rounds haven’t forgotten her and there’s a lovely surprise delivery of letters, and one very special parcel from Mr Pegg.

There is a great activity pack to accompany this title, with craft ideas and a template for your own postcard.

Anna and her parents live in a lighthouse, surrounded by the ocean, far from neighbours and friends. Their only visitor is Mr Pegg, the postman. But when Mr Pegg needs help with his deliveries, Anna comes to the rescue. Maybe she will find some friends after all ...

Mr Pegg the Postman Pelican was inspired from the well-known pelican “Petros” that used to live on
the island of Mykonos and the lighthouse depicted within the book is based on a real lighthouse found
on the island of Andros. The background illustrations are mainly drawn from the author/illustrator’s
childhood memories of the Greek islands and her love of the sea. 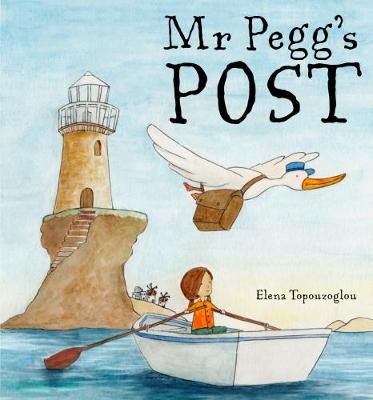 Elena Topouzoglou is an author and illustrator originally from Greece. She now resides in London with her husband and their two young sons. She has worked for ten years as a Visual Effects Compositor. During this time she worked on the Oscar-winning movies Gravity, Hugo and many other well-known films such as Beauty and the Beast, Paddington Bear and Harry Potter. Elena’s talent for drawing combined with the influence of her son’s love for children’s books led her to study and graduate with an MA in Children’s Book Illustration from Middlesex University. ... 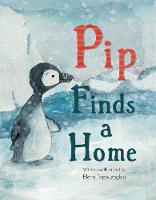 View All Books By Elena Topouzoglou