Beautifully illustrated by Levi Pinfold, The Last Bear invites readers to care about the science behind the fate of an endangered species and to believe in one girl’s magical solution to the problem.

March 2021 Debut of the Month | A Julia Eccleshare Pick of the Month February 2021 | Winner of the Best Story in the Blue Peter Book Awards 2022.

A heart-warming and magical story of a very special relationship between a child and a polar bear which will inspire readers of all ages to realise that they, like April, can make a difference in the battle against climate change. When animal loving April arrives on Bear Island in the Arctic Circle where she will live for the next  six months while her father runs the scientific operations she is told that, despite the island’s name, there are no bears on it. The melting ice caps mean that the polar bears can no longer arrive from the nearest mainland near Svalbard. But April soon finds out that there is one bear left. And April needs to do everything she can to keep him alive. Confident of her ability to communicate with the bear and to feed him, April nourishes the bear and even plans his return to safety. Beautifully illustrated by Levi Pinfold, The Last Bear invites readers to care about the science behind the fate of an endangered species and to believe in one girl’s magical solution to the problem.

A message from the author, Hannah Gold;

“The character of Bear came to me first. I can’t remember when or how, but suddenly he was gazing at me with his dark chocolate eyes and a forlorn, pleading expression on his face. I’ve always found it impossible to ignore animals, particularly ones as magnificent, regal and bighearted as Bear. There was a story he had to tell, and I, apparently, was the one to tell it.

When I wrote this book, most of the children’s books about climate change were dystopian. But I believe it’s not too late and that’s why I was keen to tell a story that showed how one girl, even a very little one, could create a huge impact. You don’t need to single-handedly rescue a polar bear like April (I wouldn’t advise that!), but I hope this book encourages every reader tobelieve that he or she can help.

And if, like me, you’ve fallen in love with Bear, then the best way to help polar bears and protect our beautiful planet is to do everything you can to fight climate change. With a loud enough roar, I know we can make a difference.”

Imagine making friends with a polar bear... The Last Bear is perfect for readers of 8+, beautifully illustrated throughout by Levi Pinfold - winner of the Kate Greenaway Medal and illustrator of Harry Potter 20th anniversary edition covers.

There are no polar bears left on Bear Island. At least, that's what April's father tells her when his scientific research takes them to this remote Arctic outpost for six months. But one endless summer night, April meets one. He is starving, lonely and a long way from home. Determined to save him, April begins the most important journey of her life... This moving story will win the hearts of children the world over and show them that no one is too young or insignificant to make a difference. The Last Bear is a celebration of the love between a child and an animal, a battle cry for our world and an irresistible adventure with a heart as big as a bear's.

'This is an important first novel, important for us, for polar bears, for the planet. It is deeply moving, beautifully told, quite unforgettable.' - Michael Morpurgo

'On one level this is pure escapist joy, an adventure story about the extraordinary bond between a child and an animal. But there is a deeper message at work, too. April shares the urgent concerns of so many young people about the environment, witnessing first-hand the impact of climate change. And Gold gives her the agency to make an impact, a move that will resonate with children who feel powerless. A beautiful, unforgettable debut, enhanced by Pinfold's breathtaking art.' - Fiona Noble, The Bookseller 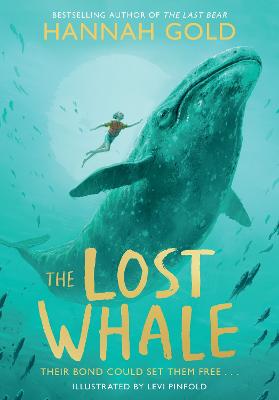 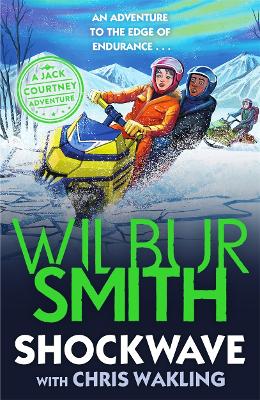 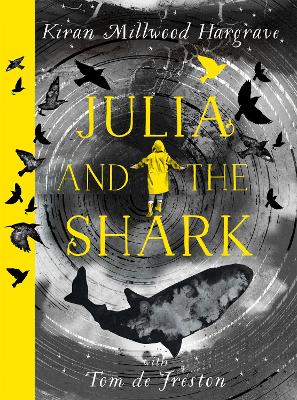 Hannah Gold worked in the film and magazine industries before taking time out to pursue her dream of writing. She lives in Lincolnshire with her tortoise, her cat and her husband. The Last Bear was her middle grade debut which became an inspirational, international bestseller on release in 2021. On winning the Best Story in the Blue Peter Book Awards 2022, Hannah said: 'When I found out I had won, I burst into tears and couldn't speak. Like many children, I grew up on a diet of Blue Peter, following the show’s adventures and falling in love with all ...

View All Books By Hannah Gold