A big bang, a fireball over Florida, an extraordinary abduction - this new novel from the Artemis Fowl stable is a riot of outlandish adventure

Hot on the hilarious heels of The Fowl Twins, this second instalment of Eoin Colfer’s new Artemis Fowl series is a boisterous banquet of entertaining, fantastical adventure. Colfer is a master when it comes to compelling his readers to turn the pages at breakneck speed while making them splutter with laughter.

All manner of mayhem (and serious menace) is unleashed when Artemis Fowl’s younger twin brothers Myles and Beckett take the Fowl Jet for an unauthorized spin and end up having to ditch it in the Atlantic. Unsurprisingly, Artemis Senior isn’t best pleased. In fact, as a result of their “missile crisis”, he bans the boys from all “fairy-related antics”, and from “fraternising with known criminals except myself”, and they’re placed under house arrest. But despite being out of sight, they’re certainly not out of mind and Myles is abducted, resulting in Beckett and pixie-elf hybrid Lazuli embarking on a tense trans-continental chase. Meanwhile, it falls to brainier brother Myles to figure out what’s really going on.

Fuelled by razor-sharp dialogue and ingenious plotting, this second book in the second-gen Artemis Fowl series is as fresh and funny as the criminal mastermind’s very first adventures. The contrast between the twins makes for a whole lot of laughs, and Lazuli is a dream of a larger-than-life character (notwithstanding her small stature!).

***Read the books before you seen the movie - you can find all 8 books in the series, with reviews, extract and extra information - Artemis Fowl The Series.

The second book in the blockbusting new series from the bestselling author of Artemis Fowl.

The second Fowl Twins adventure starts with a bang - literally. Artemis's little brothers Myles and Beckett borrow the Fowl jet without permission, and it ends up as a fireball over Florida. The twins plus their fairy minder, the pixie-elf hybrid Lazuli Heitz, are lucky to escape with their lives. The Fowl parents and fairy police force decide that enough is enough and the twins are placed under house arrest. But Myles has questions, like: who was tracking the Fowl jet? Why would someone want to blow them out of the sky?

These questions must infuriate someone, because Myles is abducted and spirited away from his twin. Now Beckett and Lazuli must collaborate to find Myles and rescue him - not easy when it was Myles who was the brains of the operation. Their chase will take them across continents, deep underground, and into subaquatic super villain lairs. They will be shot at, covered in spit, and at the receiving end of some quite nasty dwarf sarcasm. But will Beckett be able to come up with a genius plan without a genius on hand...?

Praise for The Fowl Twins;

It's a wildly entertaining ride with all the high-adrenalin action, whip-smart dialogue, and ingenious gadgets you could hope for, filling something of a gap in the market. Fiona Noble The Bookseller

Colfer's playfulness is in full swing... Kitty Empire The Guardian

Colfer is a hugely entertaining writer who unravels his plot at breakneck speed while never stinting on the detail. Emily Bearn, The Daily Telegraph 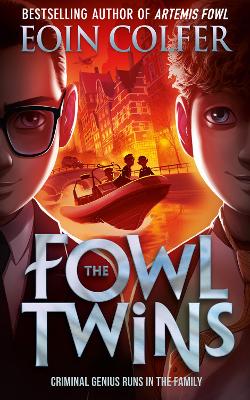 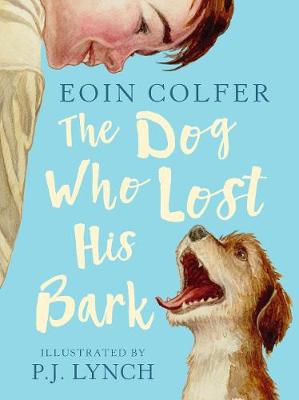